Home
Abbreviations
FTM Meaning: What Does This Slang Acronym Mean and Stand For?
Prev Article Next Article
4Pinterest269FacebookLinkedInTwitter
273
SHARES

The acronym “FTM” can be used in conversation to describe a specific type of person. However, it is a term you must be careful to use wisely since sometimes it can have negative connotations associated with it. If you have recently come across this term for the first time and a search for its meaning led you here, then you are in luck. Below, you will not only find the meaning of this term, but you will also find details of its origin and other meanings if it has any. Conversation examples are shown here also so that you can see how the acronym is used in proper context and gain a deeper understanding of its meaning. Lastly, you will discover some synonyms that you can use to replace this term in a conversation but still convey the same message.

What Does FTM Mean?

This acronym is most often used in online chatting and text messaging to represent the phrase “female to male.” It is used to denote a transgender man who was born a female at birth but identifies and lives their life as a man. This term is used to label all transgender males, whether they have medically transitioned or not.

There are no details that can be found regarding the first usage of this acronym. However, it can be said that similar practices and phrases were assigned to trans men as a label as far back as Ancient Greece and Rome.

As is the case with most acronyms, this one can also be used to represent many things from other random phrases to more technical terms regarding some type of job function. While it is impossible to include an all-inclusive list or these things, some examples of what else this acronym represents are “Follow The Money,” “For That Matter,” “First To Market,” “File Transfer Manager,” and “Field Training Manager.” 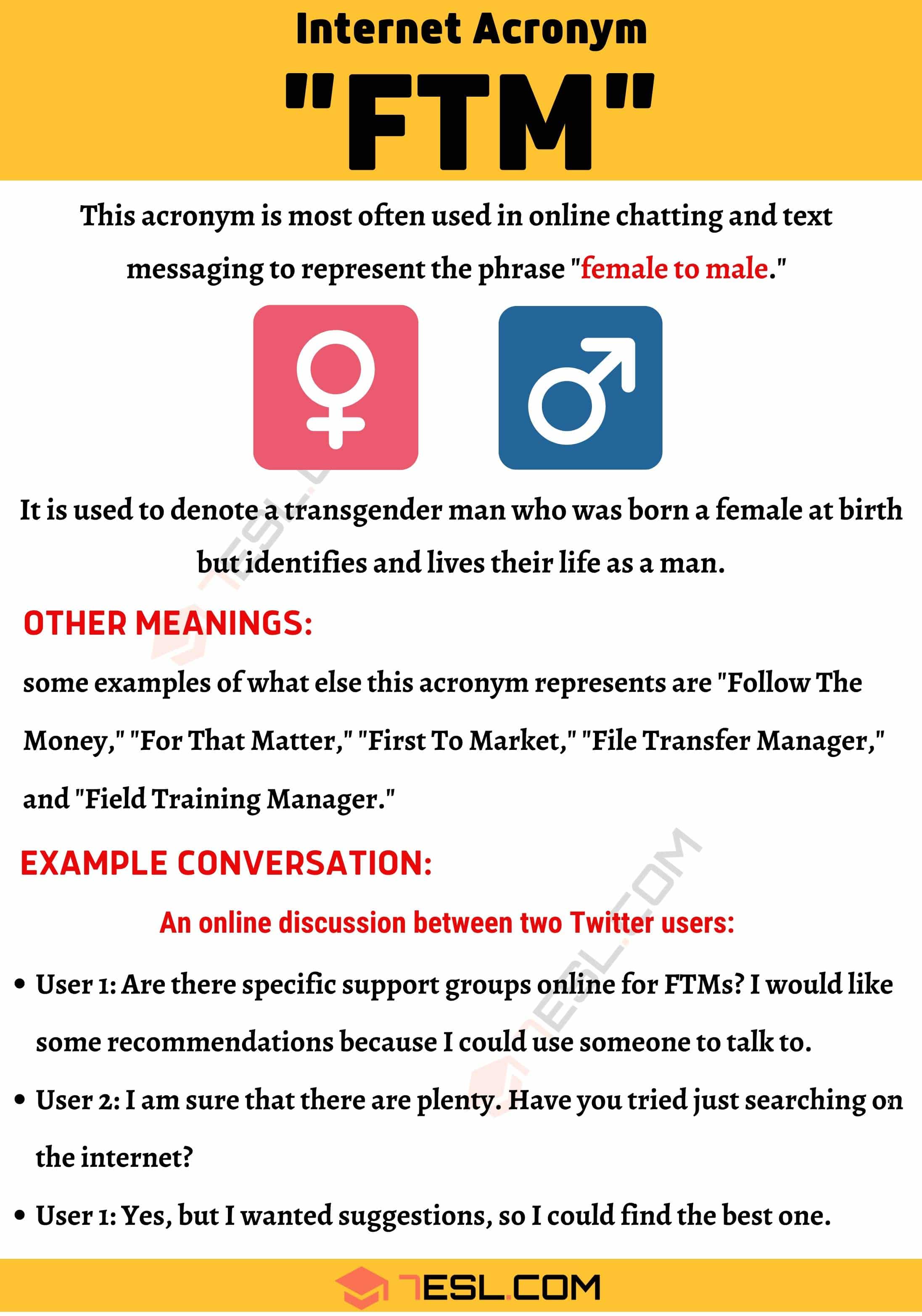