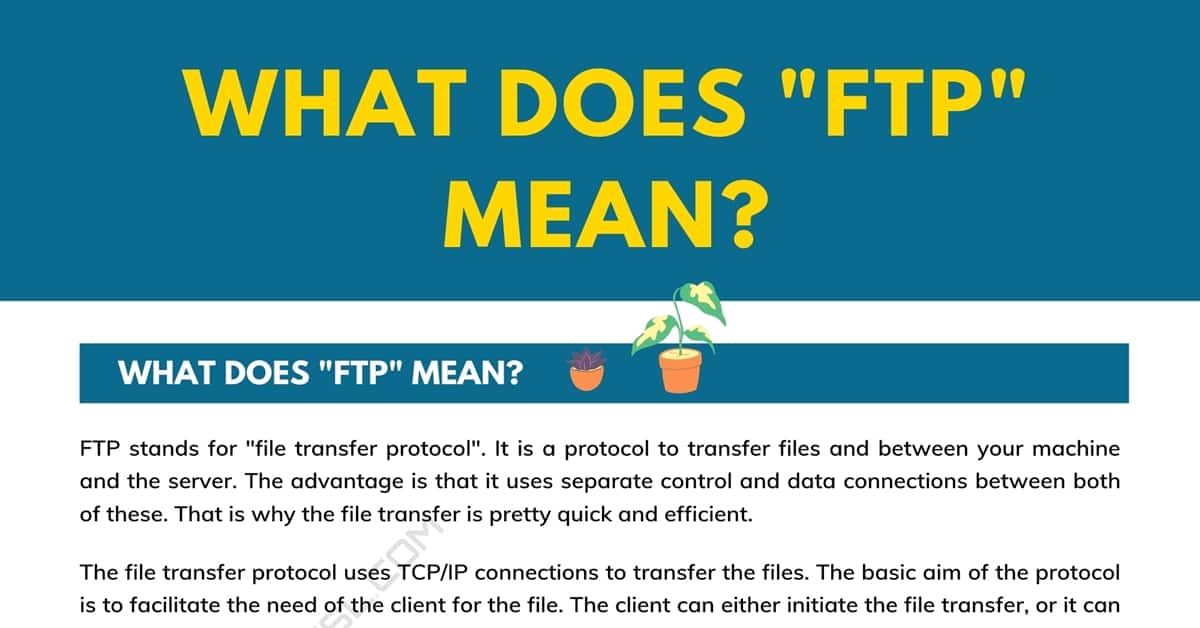 What does the acronym “FTP” stand for? File transfers have become a necessity. Especially since the advent of websites and cloud-based systems, various technologies are used to transfer files. One of them is FTP.

Today, we will shed some light on FTP. We will not only help you understand what it actually is but also how it functions.

What Does “FTP” Mean?

FTP stands for “file transfer protocol”. It is a protocol to transfer files and between your machine and the server. The advantage is that it uses separate control and data connections between both of these. That is why the file transfer is pretty quick and efficient.

The file transfer protocol uses TCP/IP connections to transfer the files. The basic aim of the protocol is to facilitate the need of the client for the file. The client can either initiate the file transfer, or it can be a recipient of the same.

Now that you are aware of FTP basics let us look at the origin of the same.

Origin of the “FTP”

The creator of FIle transfer Protocol was Abhay Bhushan. He created the system back in the 1970s. At the time, he was just a student at MIT.

If you take it in the context of the original use, that is, file transfer protocol, there are a few other acronyms that you need to be aware of.

The abbreviations which we will highlight below are all closely related to FTP.

AS2 stands for “Applicability Statement 2“. It is similar to file transfer protocol, but the access is restricted. It was primarily developed to allow businesses to exchange data with their vendors and partners. It is not open to anyone.

Thus, if you want to gain as much knowledge about file transfer protocol as possible, it is essential to take these few protocols into account as well.

Other Meanings of “FTP”

While FTP is widely associated with file transfer protocol, the acronym can also mean something else depending on how you are using it. We will highlight these other meanings below.

In today’s digitally connected world, acronyms mean different things in the Internet’s line language. We will cover some of these below.

In the chat as well as the online community world, FTP stands for first to post. It refers to the author of the first post or the initiator of the message.

It can also mean For the People. If something is dedicated to a large group, often this acronym is used to indicate the same.

It also stands for Free to Play. The term refers to the gaming community. If the game is labeled as FTP, it indicates that anyone can play the game for free.

These are the most common uses of the abbreviation FTP.

What Does FTP Stand for? | Infographic 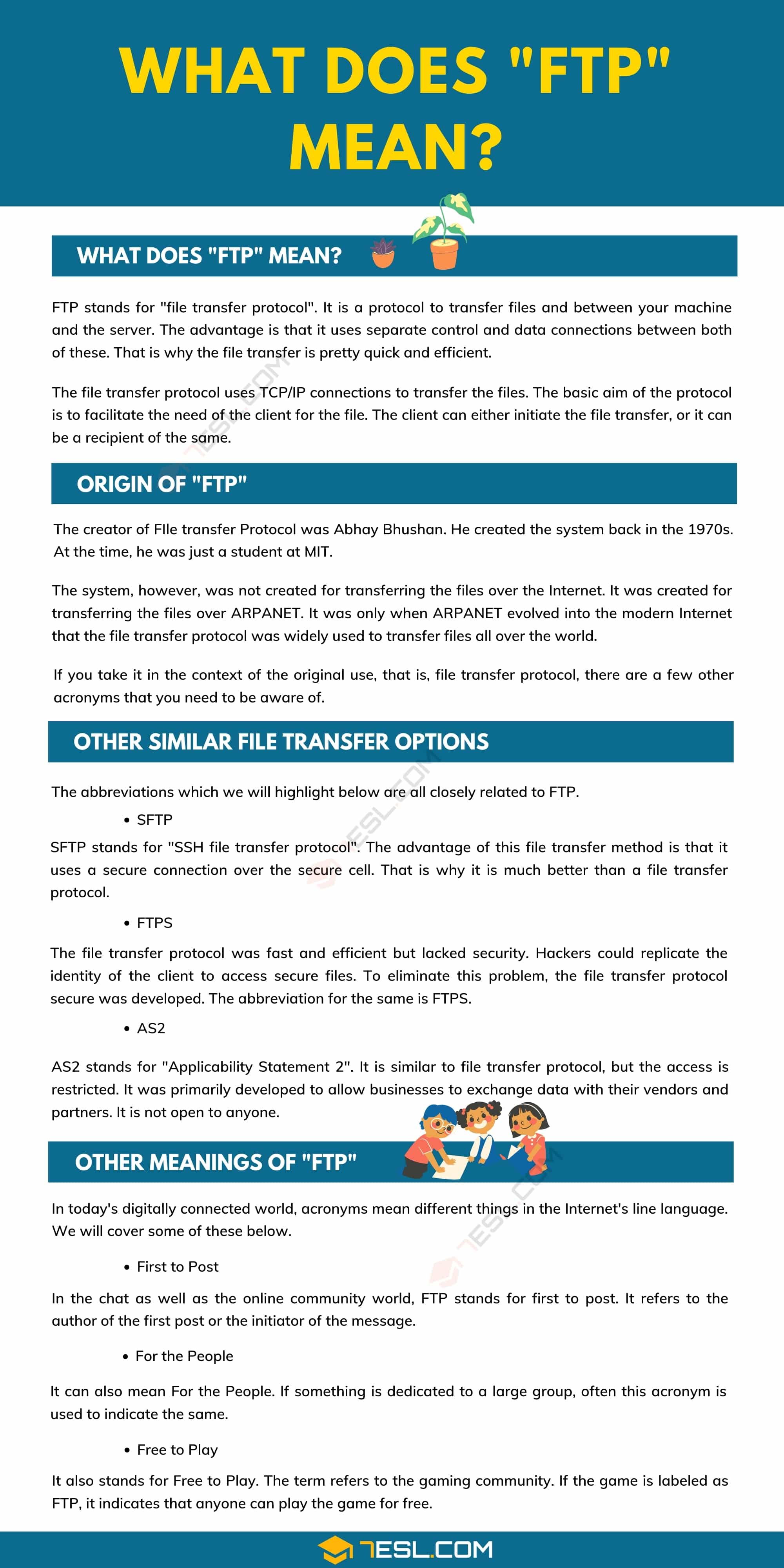