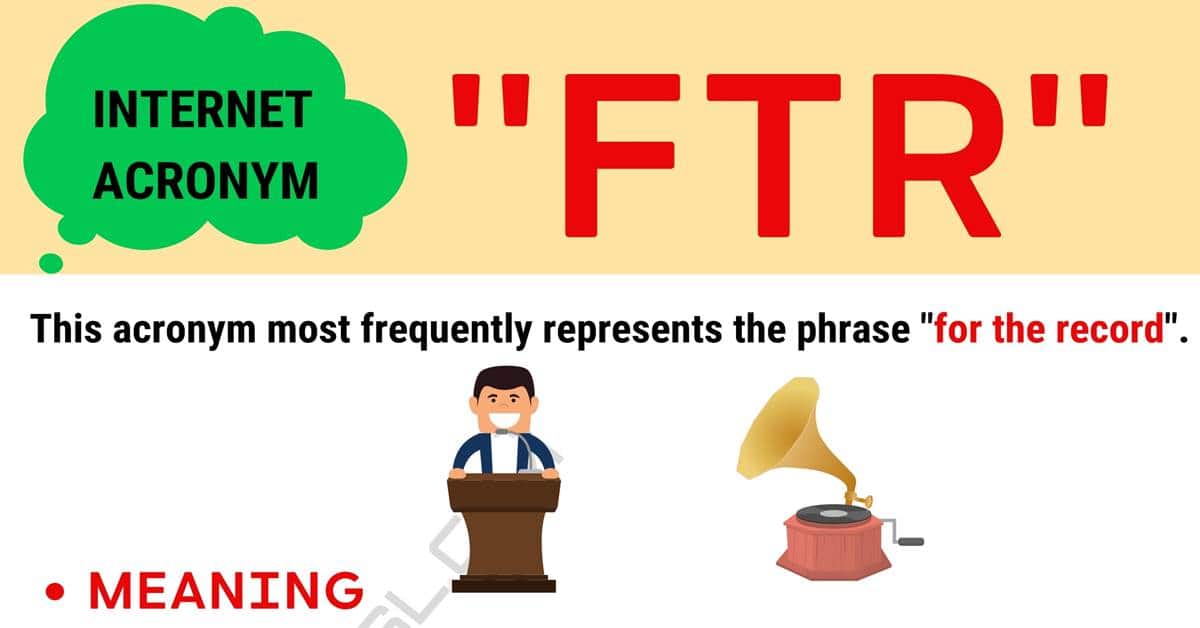 The acronym “FTR” comes in handy for people who feel like no one listens to them when they offer advice or some other type of statement. In this article, you will unearth the definition for this term and the phrase that it represents, discover the information surrounding the birth of the term, and identify some of its other meanings. You will also be able to read through some conversation examples featuring the proper usage of this acronym to hopefully allow you to develop a deeper understanding of its meaning. Lastly, you will come across some synonyms that this term usually represents.

What Does “FTR” Mean?

This acronym most frequently represents the phrase “for the record.” This phrase means that you are stating something publicly and/or officially for people to hear and take notice of so they can make written documentation or remember that you stated it.

This phrase was first used in 1953. The phrase first appeared in a book title Prelude to Space written by author Arthur Clarke. It has since been used widely in all types of conversation becoming one of the most used phrases in the English vocabulary. With the dawn of the internet and text messaging, popular phrases like these were shortened to acronyms that are used to represent them to make them easier, quicker, and more convenient to relay back and forth rather than having to type out the entire phrase.

Numerous other phrases and titles can also be denoted by this acronym depending on the context that it is used in. Although the phrase stated above is the most common representation in everyday conversation, it is not the only possibility. Some others are “Fighter,” “Failed to Report,” “Failure to Repair,” “First Time Resolution,” and “Full-Text Retrieval.”

Several phrases that you could use in conversation to replace the frequently used phrase include: 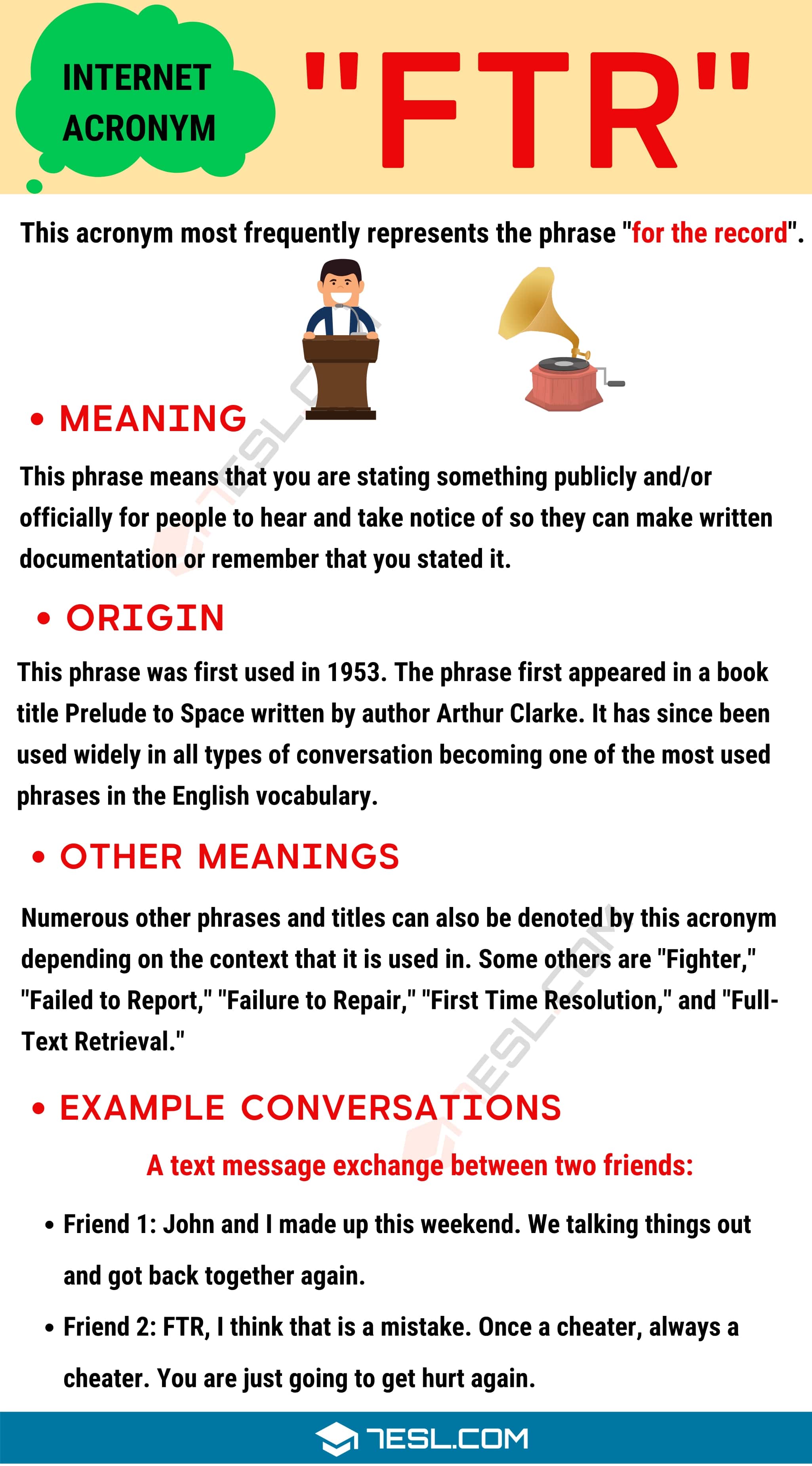