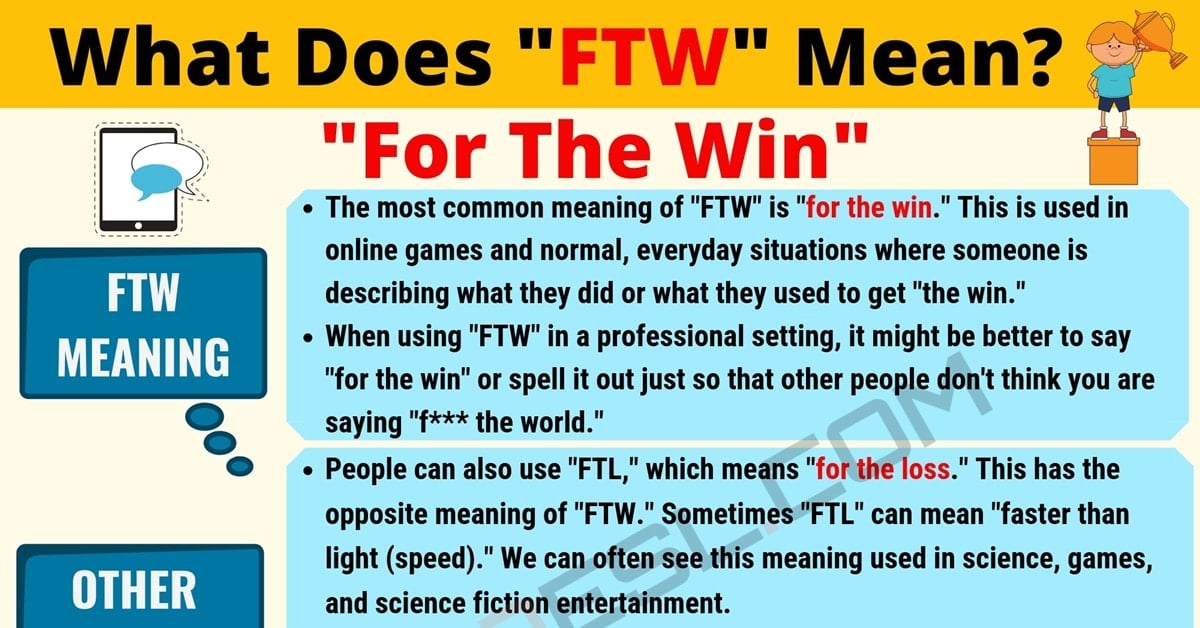 What does FTW mean? What does this internet slang term stand for? The following lesson will explain how and when to use this text abbreviation with useful conversation examples and ESL picture.

What Does FTW Mean?

Throughout the years, this internet slang term has had a few meanings. Recently, the most common meaning of “FTW” is “for the win.” This is used in online games and normal, everyday situations where someone is describing what they did or what they used to get “the win.”

This phrase can be used by anybody, although it is more likely to be used among younger people and those who play online games. If someone from an older generation says it, it could have the older meaning. When using “FTW” online, most people can probably guess the meaning. When using “FTW” in a professional setting, it might be better to say “for the win” or spell it out just so that other people don’t think you are saying “f*** the world.”

What is FTW’s origin?

People can also use “FTL,” which means “for the loss.” This has the opposite meaning of “FTW.” Sometimes “FTL” can mean “faster than light (speed).” We can often see this meaning used in science, games, and science fiction entertainment.

Another meaning for “FTW” is “f*** the world.” This was used mainly by bikers in the 1970s and 80s. Other meanings that are less commonly used include, “free the whales,” “face the wall,” “for those wondering,” and “for the wine.”

In this brief exchange between two gamers, “FTW” is used twice. In both cases, this slang word means “for the win.” Gamer 1 expresses how the latest version of the game has been good for his main character, Destroyer. Gamer 2 agrees with him stating, “New patch FTW!” This means that he thinks the new patch is aiding in their victory. Gamer 2 uses “FTW” again following up Destroyer’s ability, “superblock” to show that he thinks this particular ability is allowing them to win matches.

In this instance, we see this text abbreviation being used at work. Co-worker 1 is in a panic because she cannot find the file that she needs. Co-worker 2 is able to work out a solution for her. Since the WeCloud backed up her file and she was able to recover her work, she exclaims “WeCloud FTW!”

Here you experience teammates talking about the game they’re about to play and pumping each other up. One finally ends it with the ‘For The Win’ shout out.

Now we have to football fans talking about teams and one is convinced his team will win no matter what.

A photo of a young man flipping the camera off would have a caption the reads, ‘FTW everyone sucks.’ Far from classy, yet very commonly seen making ‘F**k The World’ the most frequently used version of ‘ftw’.

An online post of a guy setting on his new motorcycle and caption reads, ‘Living the life FTW’. A happy biker will always show off his new bike and be fast to tell you ‘ftw’ means ‘Forever Two Wheels’.

Example ‘For Those Wondering’

Using an online forum or chat is where the ‘For Those Wondering’ version will and is most commonly found. Given the fact you are limited to how many words you can use per post makes people use any abbreviation combination they possibly can. 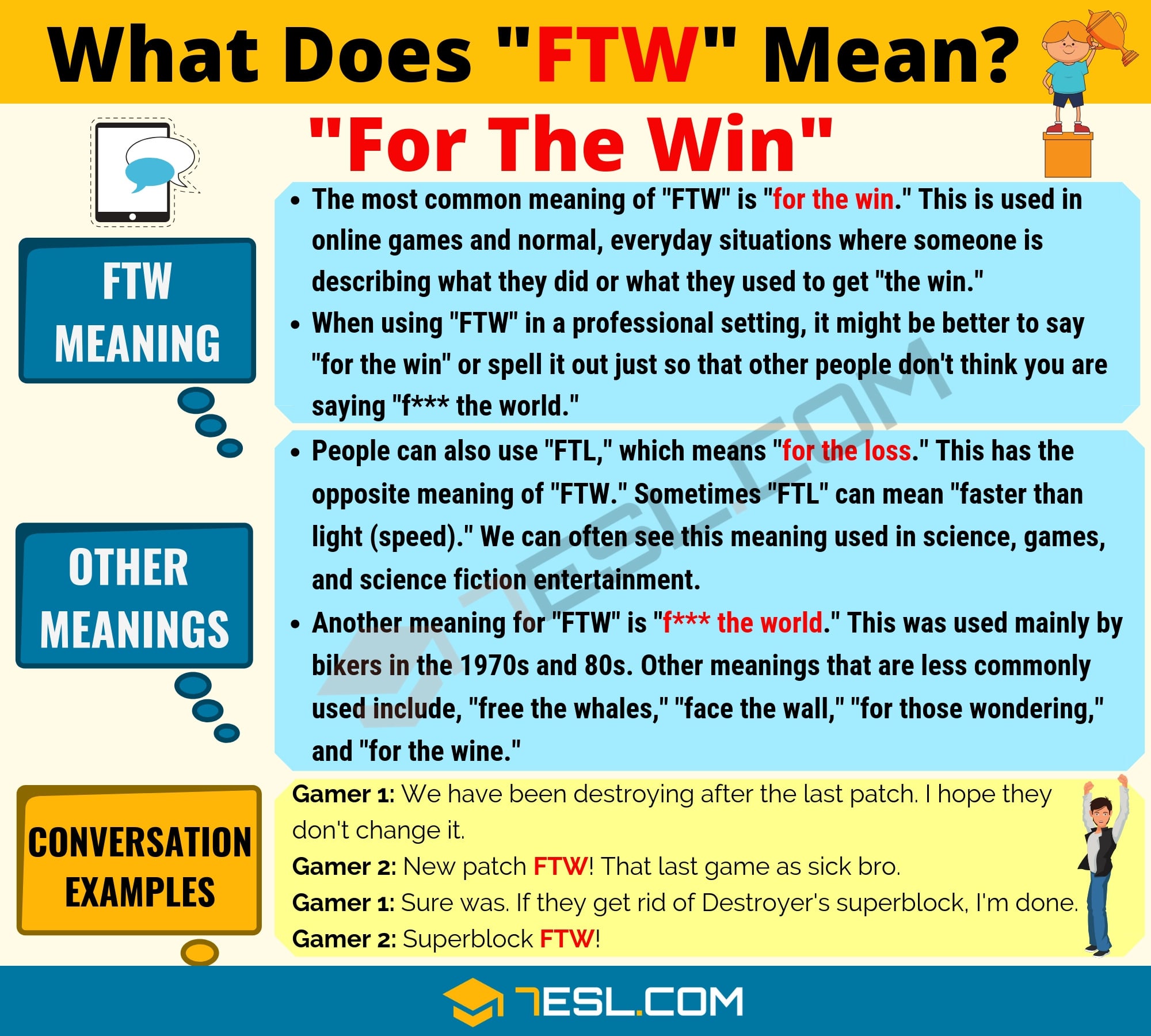