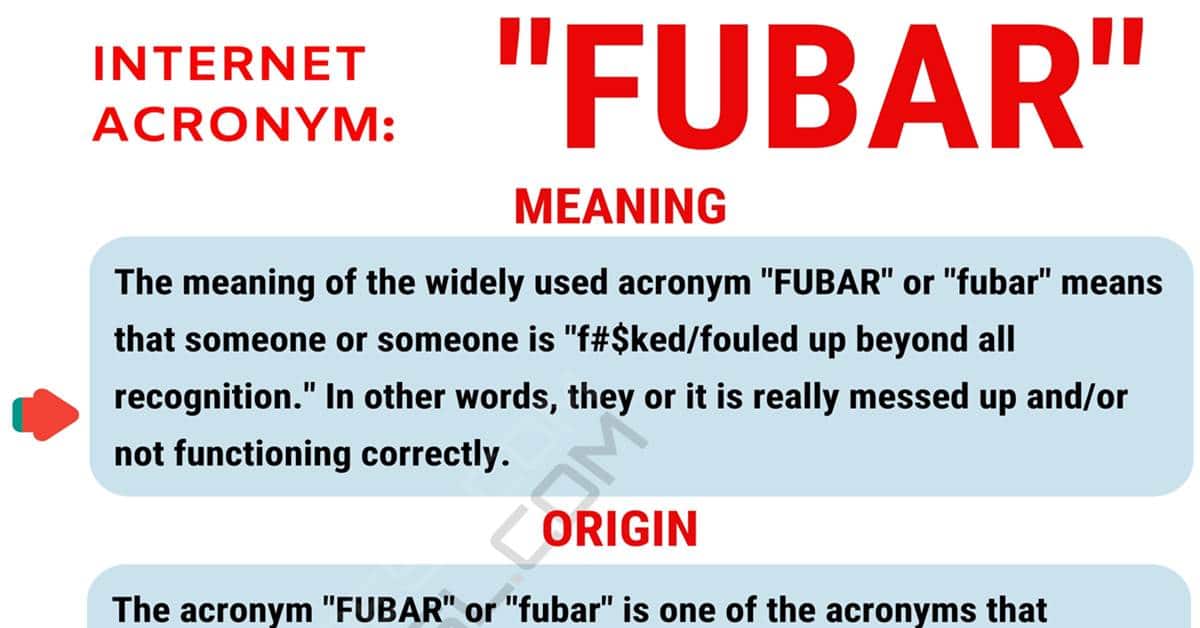 “FUBAR” is an acronym that is used a lot in conversations online and in text messaging. Many acronyms have been created since the dawn of electronic communication, while some have been around before the existence of the internet. Here you will find the meaning of this acronym and the information regarding its origin. You will see if there are any other meanings for this acronym and see it used properly in some conversation examples. Lastly, you will some suggested words you could use in its place to convey the same meaning.

What Does FUBAR Mean?

The meaning of the widely used acronym “FUBAR” means that someone or someone is “f#$ked/fouled up beyond all recognition.” In other words, they or it is really messed up and/or not functioning correctly.

The acronym “FUBAR” is one of the acronyms that existed before the age of the internet and electronic communications. This acronym started being used in the days of World War II by the soldiers. As the usage of this military slang became popular and widely used among soldiers, it eventually grew beyond the military and spread into the public sector where it is still used today to describe a messed up situation or person.

Although “FUBAR” generally stands for the phrase stated above in the meaning, the “AR” representation changes at random to mean other things according to users of this phrase. For example, “FUBAR” can also stand for “f$%ked up beyond all repair” or “f$%ked up beyond all reason.” The context of the sentence or conversation it is used at the time will help you to determine which phrase is meant by the acronym.

An email exchange between and foreman and his manager.

An online conversation between two friends after school.

There are many words or phrases you can use instead of the acronym “FUBAR” to convey the same meaning. Some of these include: 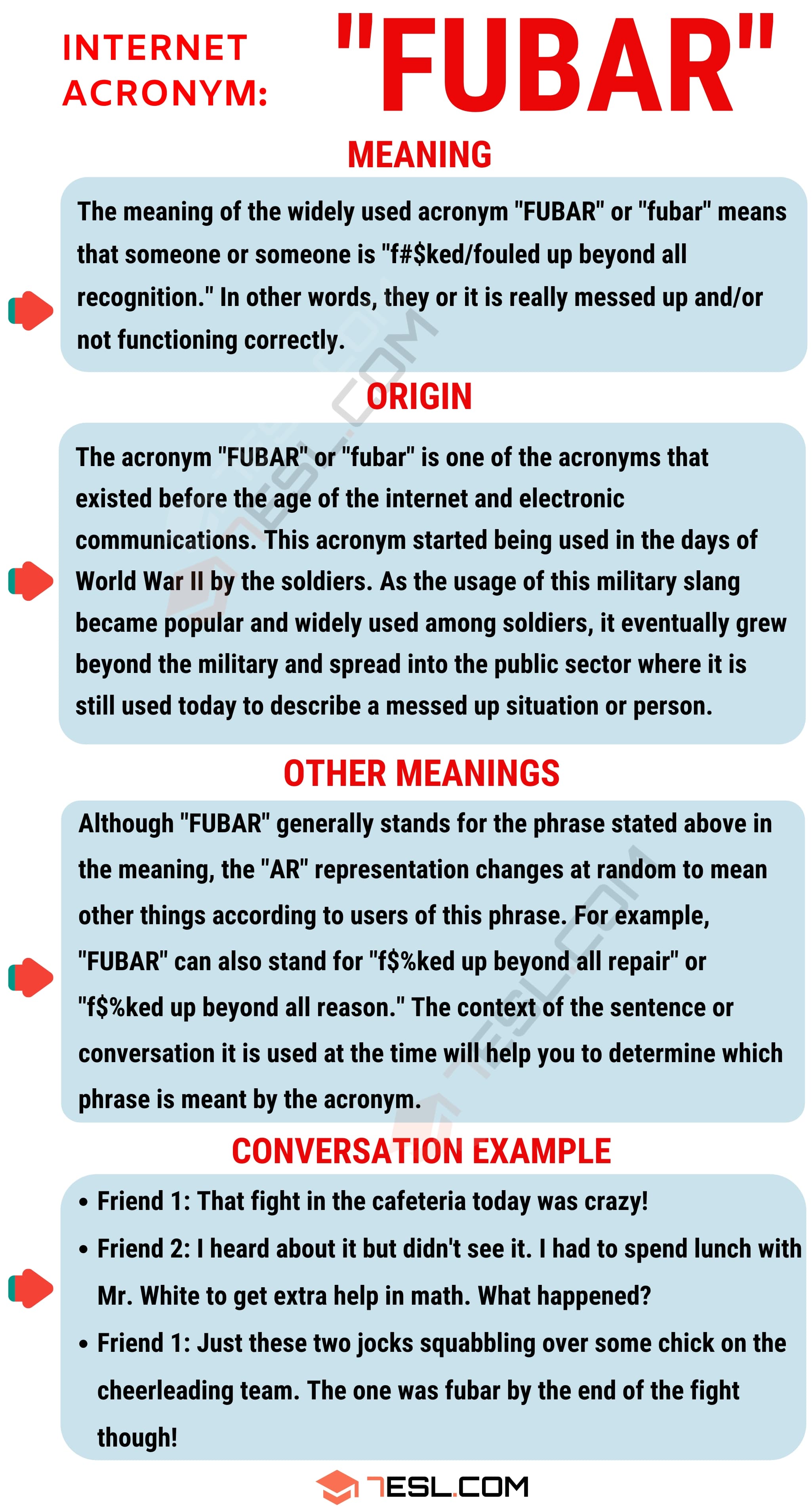