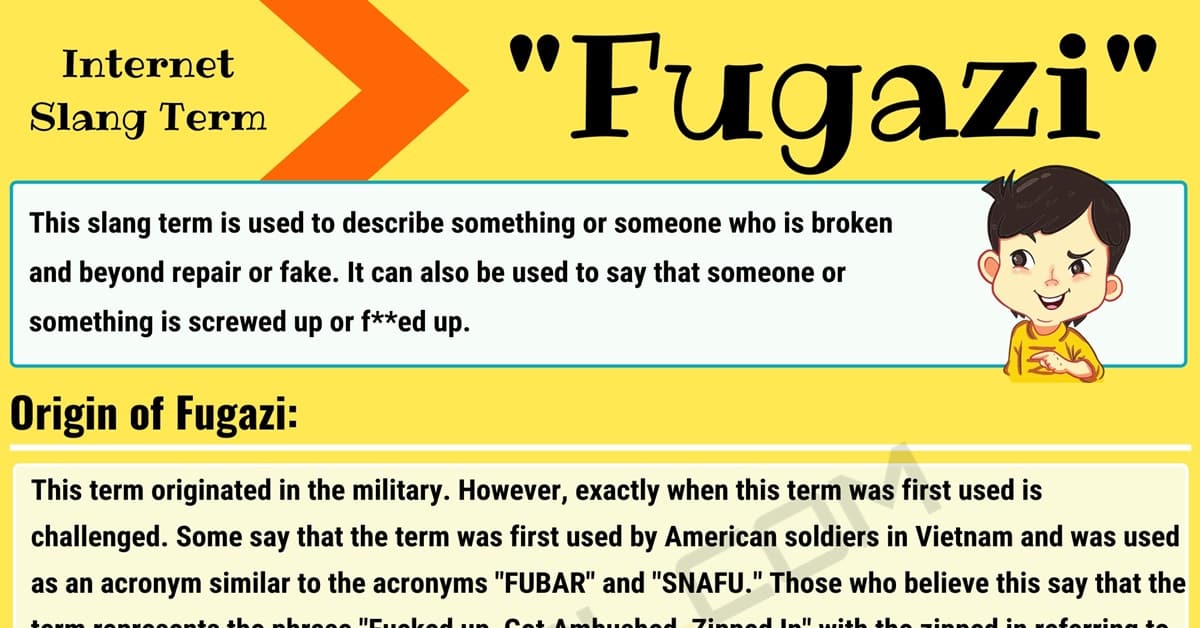 The slang term “fugazi” is a word that has been used for many years to describe specific types of situations. If you have encountered this term being used in conversation online or face-to-face and came here searching for its meaning, then you are in luck. Here you will find the meaning of this term, the details of its origin, and some other meanings if there are any.

Example conversations are provided here as well so you can see how the term is correctly used in sentences within a conversation. Finally, you will unveil and learn some synonyms that you can use in place of this term to convey the same meaning.

What Does Fugazi Mean?

This slang term is used to describe something or someone who is broken and beyond repair or fake. It can also be used to say that someone or something is screwed up or fu**ed up.

This term originated in the military. However, exactly when this term was first used is challenged. Some say that the term was first used by American soldiers in Vietnam and was used as an acronym similar to the acronyms “FUBAR” and “SNAFU.” Those who believe this say that the term represents the phrase “Fu**ed up, Got Ambushed, Zipped In” with the zipped in referring to a body bad zipping closed. Others say the term was not used until the publication of a book in 1981 featuring interviews with Vietnam veterans where one used this term to refer to a situation that he was in during the war.

Other than the acronym that has already been mentioned in the origin section of this piece, there are currently no other known meanings of this slang term.

A conversation between two friends via text message 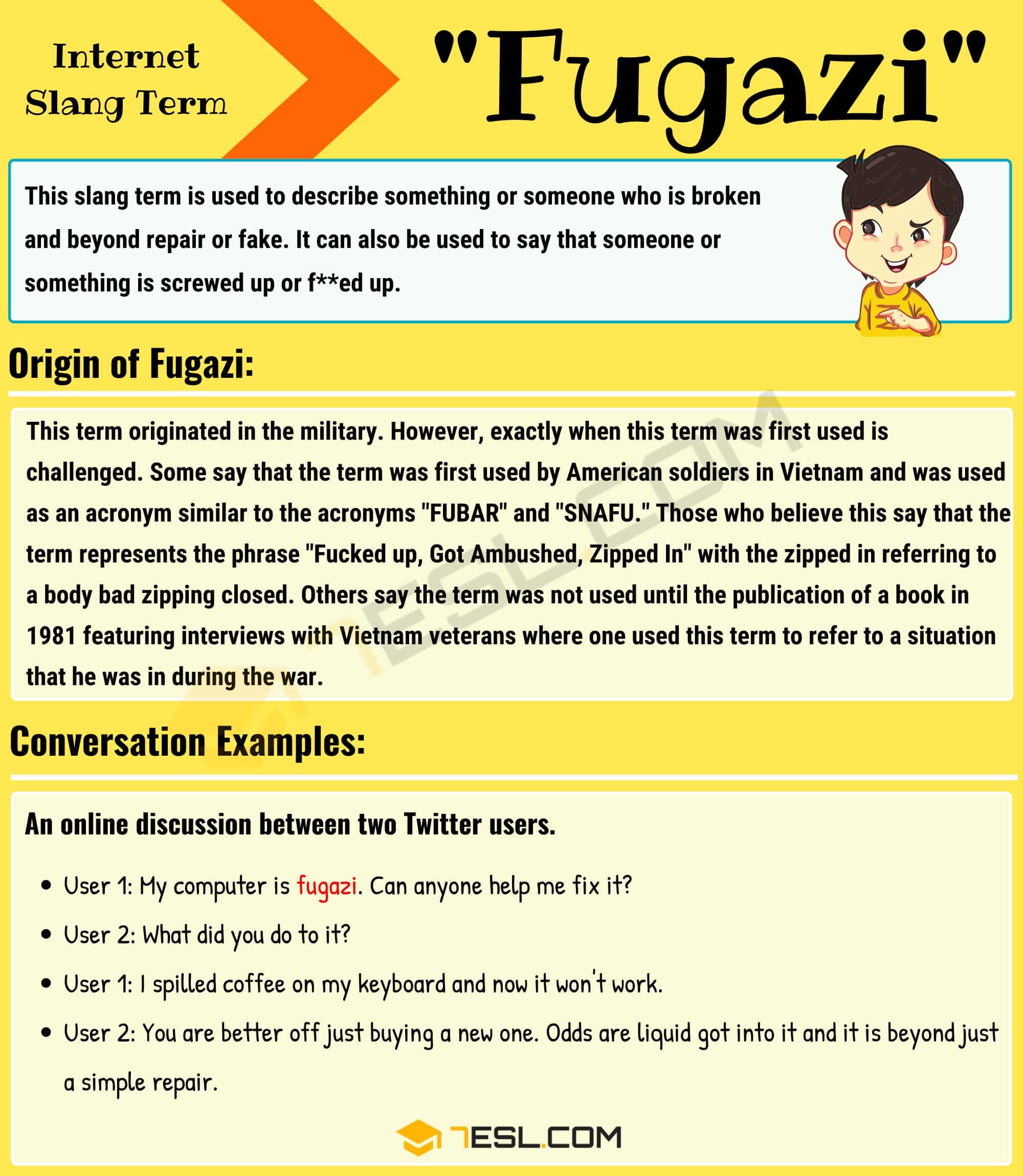