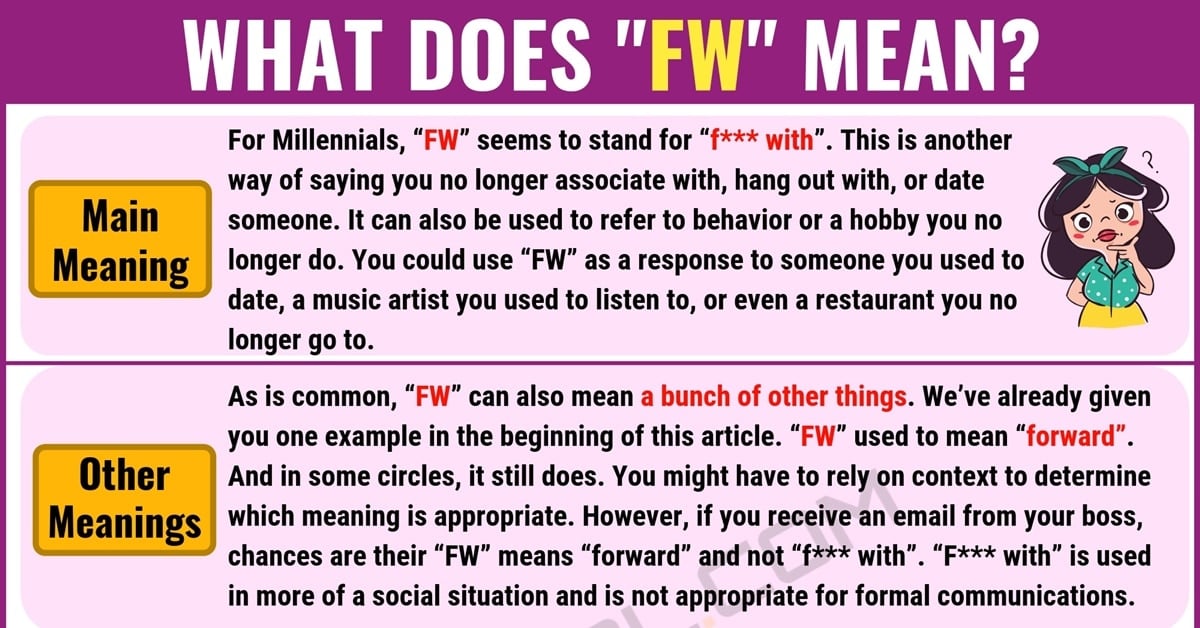 What does FW stand for? The following article provides the definition and how to use this texting abbreviation with ESL infographic and useful conversation examples in English.

What Does FW Mean?

Trying to keep up with popular lingo seems like a full-time job these days. New words and acronyms are always being created. What a word meant 10 years ago might not be the same as it means today. Take “FW” for example. If you grew up in the 90s, chances are you know this to stand for “Forward”, as in when you get an email from someone and send it to someone else. However, here in 2019, this word has a completely different meaning.

For Millennials, “FW” seems to stand for “f*** with”. This is another way of saying you no longer associate with, hang out with, or date someone. It can also be used to refer to behavior or a hobby you no longer do. You could use “FW” as a response to someone you used to date, a music artist you used to listen to, or even a restaurant you no longer go to.

As is common, “FW” can also mean a bunch of other things. We’ve already given you one example in the beginning of this article. “FW” used to mean “forward”. And in some circles, it still does. You might have to rely on context to determine which meaning is appropriate. However, if you receive an email from your boss, chances are their “FW” means “forward” and not “f*** with”. “F*** with” is used in more of a social situation and is not appropriate for formal communications.

Example 1: “fw” referring to a person

In this example, Suzie is asking her friend to go out to dinner and to bring her boyfriend, or “BF” along. Sally responded with a “FW”, meaning she no longer “f*** with” or “dates” the person. Below are explanations of the other acronyms used, in case you are unfamiliar with any of them.

Example 2: “fw” referring to a place 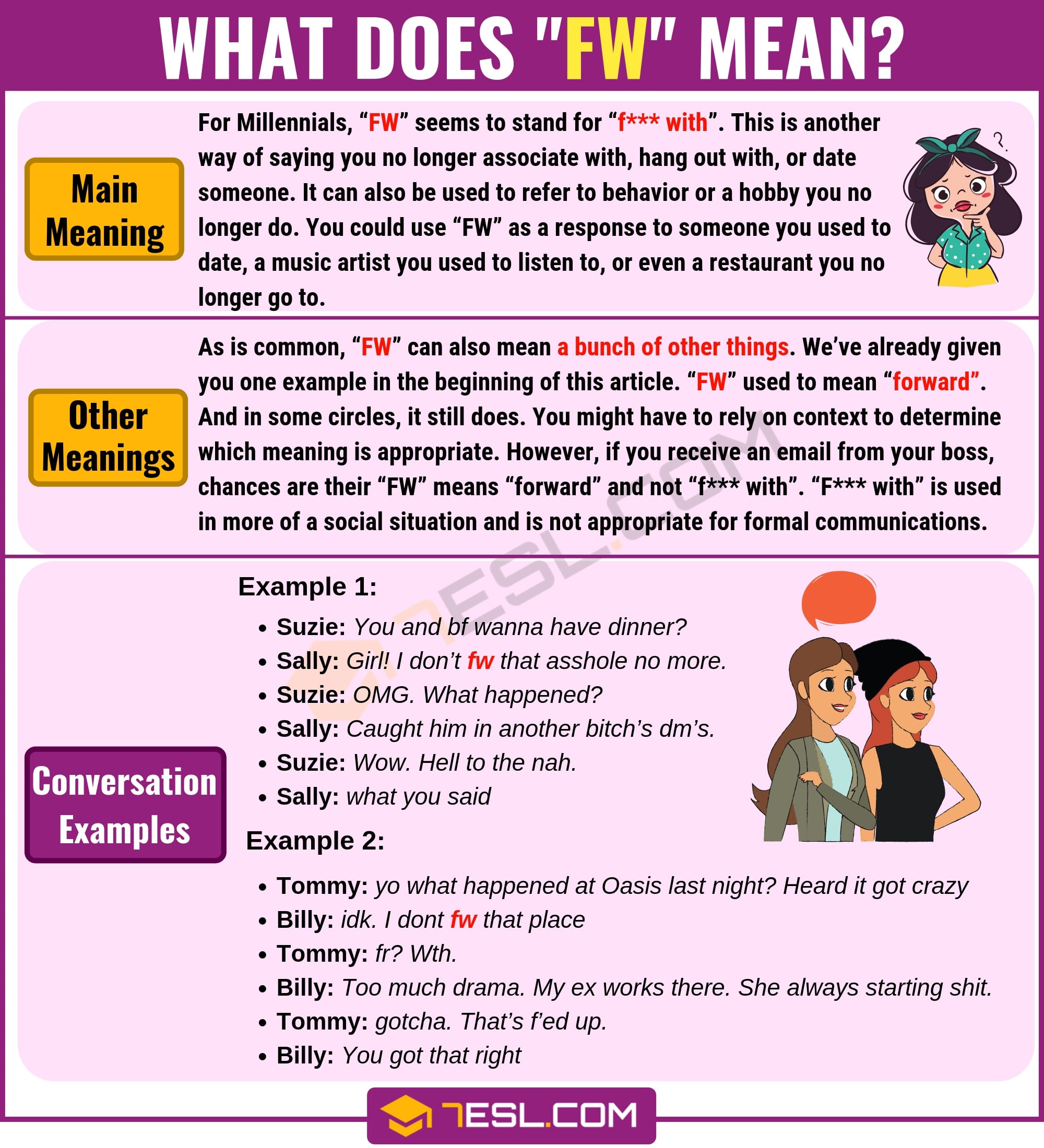 lol this is literally the opposite of what it mean