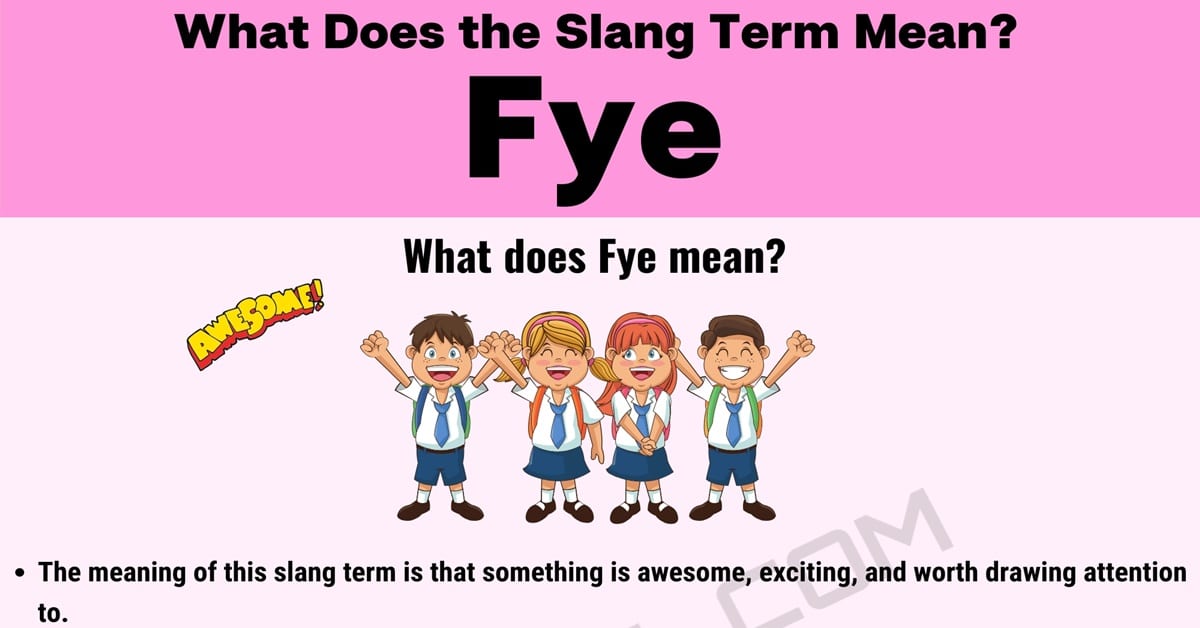 Most people see the term “FYE” and automatically think that it is the title of a music and video store that used to be a national chain. However, this would be incorrect. Below you will find the most recognized current meaning of this term, the origin of the term as we know it today, and some other meanings the term can have.

If you continue reading beyond that, you will read some example conversations for you to gain further understanding of this internet slang term‘s usage and meaning. Reading all the way through to the end, you will discover some synonyms that can be used for this term without changing its meaning.

What Does Fye Mean?

The meaning of this slang term is that something is awesome, exciting, and worth drawing attention to.

It is also an abbreviation which stands for “For Your Entertainment,” “First Year Experience,” “For Your Enjoyment,” “For Your Enlightenment,” “Full Year Estimate,” and “Funding Your Education.”…

There is no official origin details about this term. However, putting what little information that can be found together, the term has been used since at least 2003. It was derived from the word “fire” meaning cool, awesome, tight. The term is spelled differently because it was first used in the Georgia and the southern accent of the people there makes the word “fire” sound like this slang term instead.

As a standalone term, it does not seem to have any other meanings. However, it has also been used as an acronym over the years to stand for official titles, random phrases, and the like. A few examples of what this term can represent as an acronym are “For Your Entertainment,” “First Year Experience,” “For Your Enjoyment,” “For Your Enlightenment,” “Full Year Estimate,” and “Funding Your Education.”

Two friends having a conversation via text messaging.

A discussion between two players on a video game.

There are several other words that you can use instead of using this slang term to say the same thing. Other words you could use instead include: