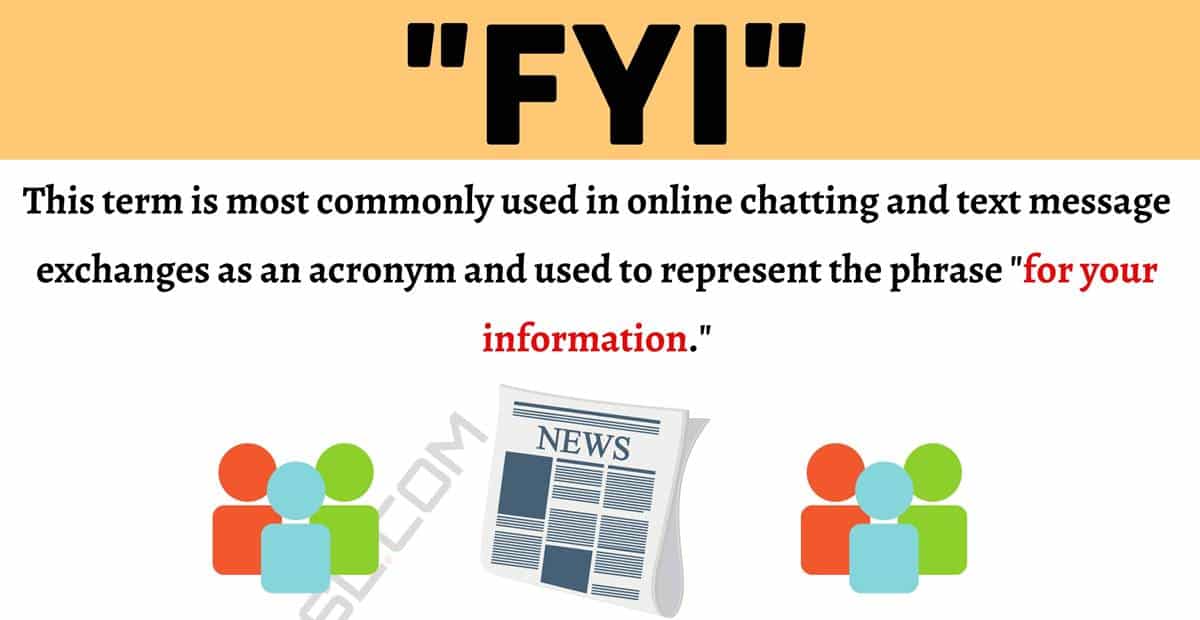 Most people are familiar with the acronym “FYI” and the phrase that it represents. It is one of the most well-known and well understood acronyms that is used today. However, for someone like you who has recently bumped into this term for the first time and is wondering its meaning, you have come to the right place to find such information. Here you will find the meaning of this acronym and the phrase that it represents, along with some information about its origin and some additional meanings. Example conversations have been provided here for you too so you are able to see how the term is correctly used in context and gain a better understanding of its meaning. Finally, you will see some other phrases that you could possibly use in its place to relay the same message and meaning.

What Does FYI Mean?

This term is most commonly used in online chatting and text message exchanges as an acronym and used to represent the phrase “for your information.” It is meant as a way of providing details that someone believes the receiver needs to know without requiring acknowledgment of comment in return.

Although there are no specific details concerning when the phrase “for your information” was first used, the acronym that represents it has some details regarding its first usage. The acronym has been used to represent this phrase at least since 1941, and may have been used even longer than that. The most well-known usage of the phrase was first seen on an episode of the show The Twilight Zone titled “One For The Angels.”

Like most texting acronyms that are used today, this one is no different in the fact that it can be used to represent other phrases and things as well. Some other things this acronym can represent are “for your improvement,” “for your interest,” “follow your instincts,” “for your inconvenience,” and “feed your imagination.” In addition to this handful of examples, there are many more phrases that this acronym can be used to represent, but there are too many to mention all the possibilities here. 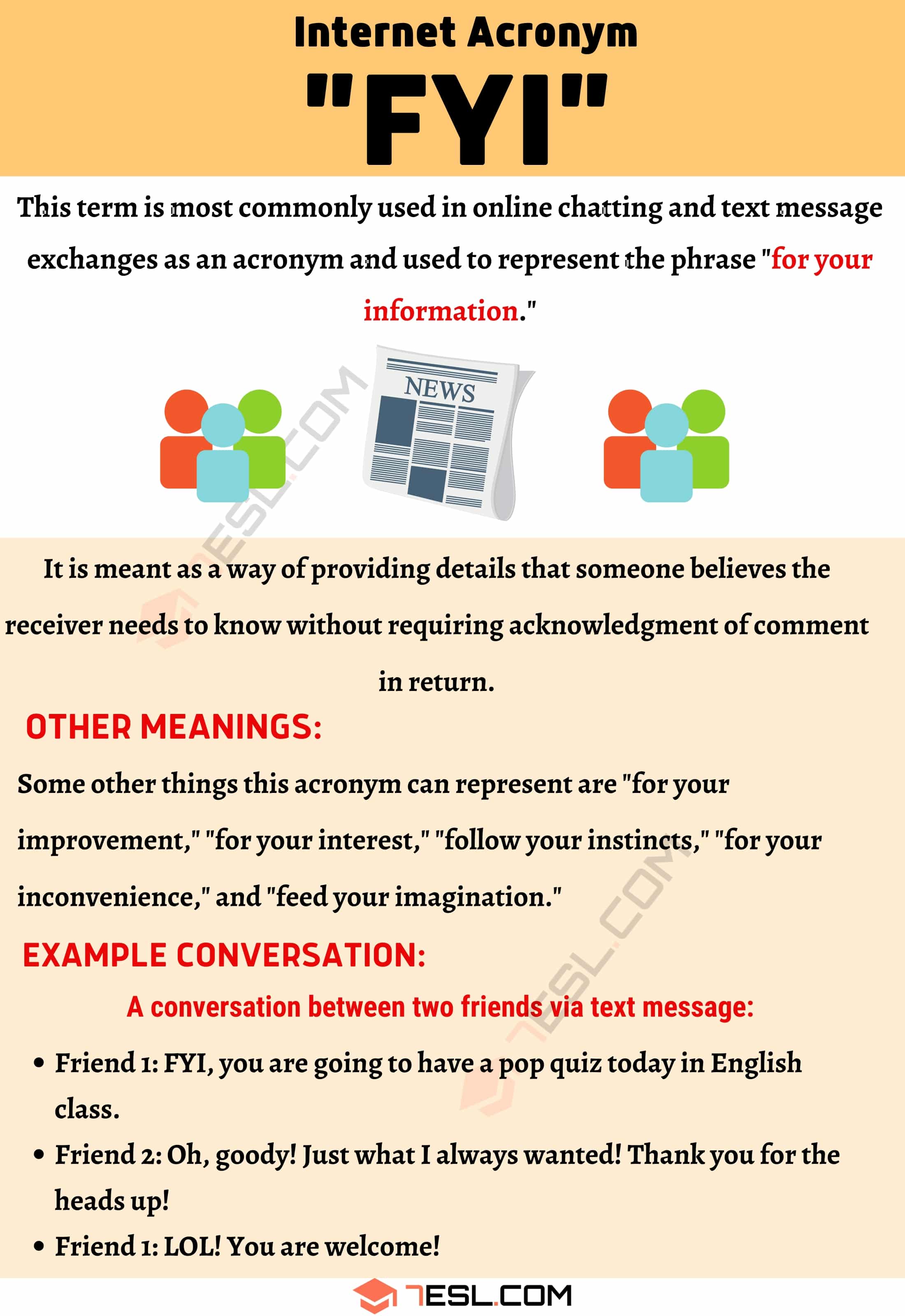