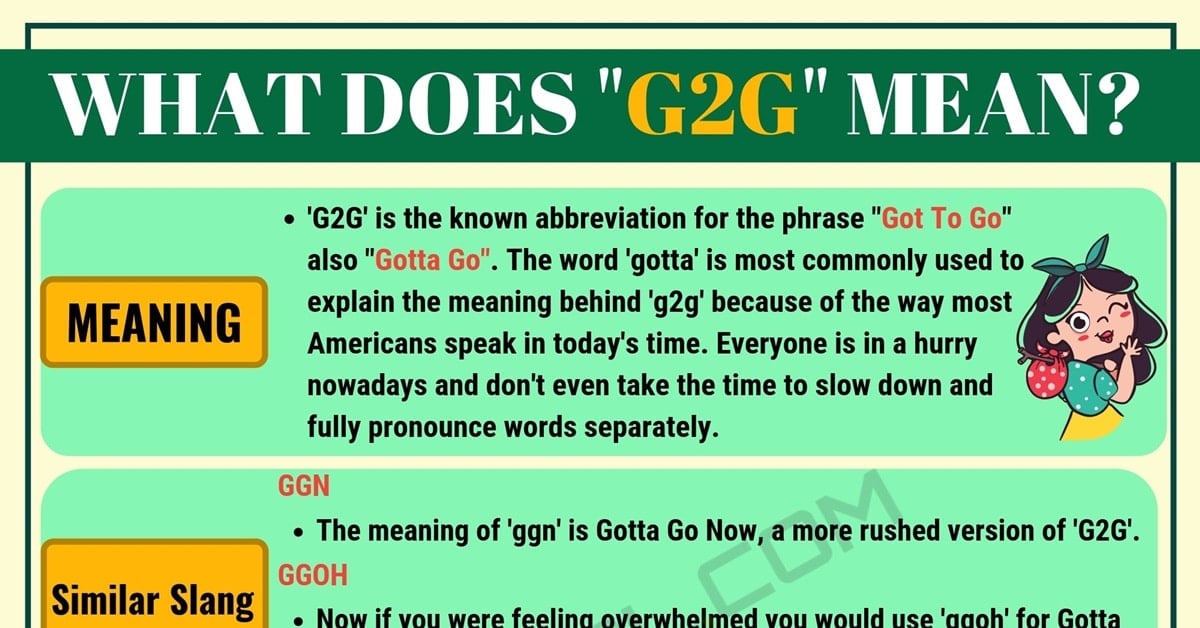 What does G2G mean? What does this abbreviation stand for? Learn the definition of this internet slang term with conversation examples and ESL infographic.

What Does G2G Mean?

‘G2G’ is the known abbreviation for the phrase “Got To Go”, also “Gotta Go”.

The word ‘gotta’ is most commonly used to explain the meaning behind ‘g2g’ because of the way most Americans speak in today’s time. Everyone is in a hurry nowadays and don’t even take the time to slow down and fully pronounce words separately.

The meaning of ‘ggn’ is Gotta Go Now, a more rushed version of ‘G2G’.

Now if you were feeling overwhelmed you would use ‘ggoh’ for Gotta Get Outta Here. (‘Outta’ of course stands for Out Of.)

And the shortest way of saying you need to leave in a hurry would be ‘gr’ Gotta Run.

Here you see a simple conversation between friends and it ends when one has to suddenly leave or has become busy and unable to finish their conversation.

Here you see to WOW (World Of Warcraft) players deciding to go on a quest together and before they can even start it one needs to leave. 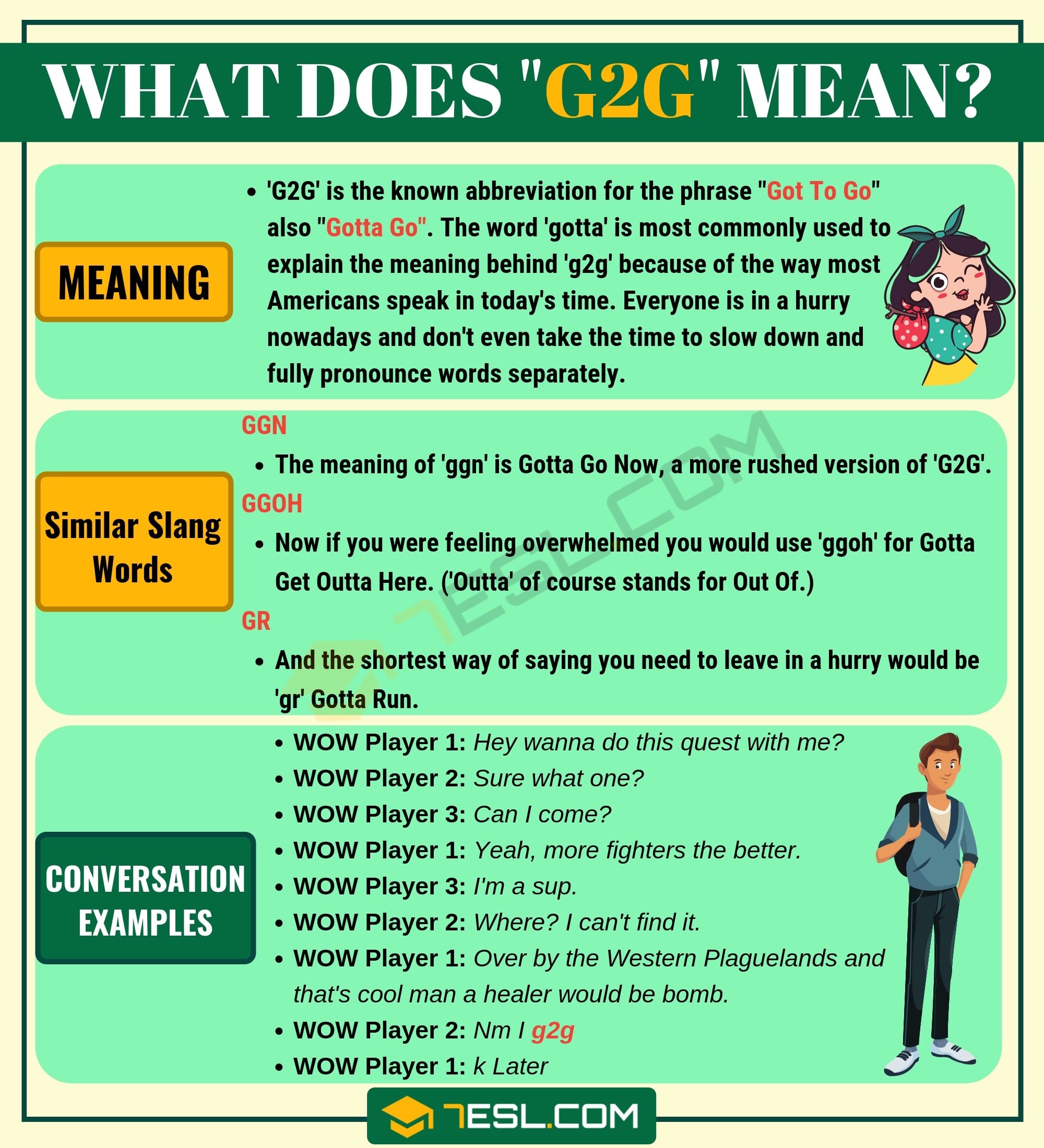