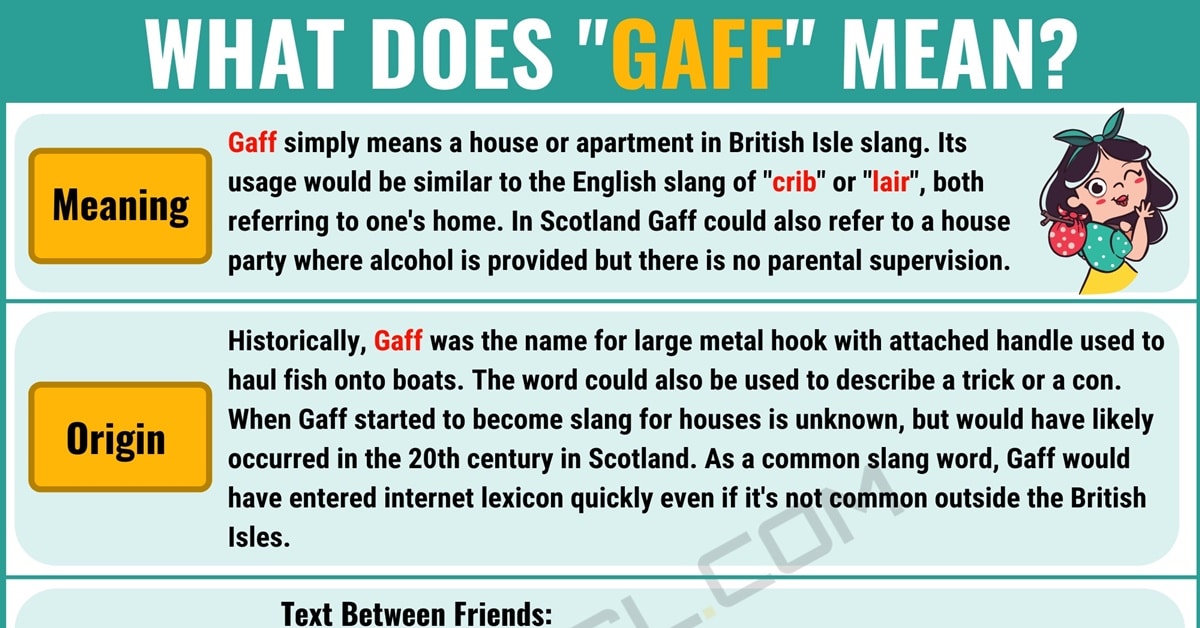 Gaff is a common slang in Ireland, Britain, and Scotland. Learn what does this internet slang term mean and what is orgin of gaff with useful texting conversation and ESL image.

What Does Gaff Mean?

Gaff simply means a house or apartment in British Isle slang. Its usage would be similar to the English slang of “crib” or “lair”, both referring to one’s home. In Scotland Gaff could also refer to a house party where alcohol is provided but there is no parental supervision.

Historically, Gaff was the name for large metal hook with attached handle used to haul fish onto boats. The word could also be used to describe a trick or a con. When Gaff started to become slang for houses is unknown, but would have likely occurred in the 20th century in Scotland. As a common slang word, Gaff would have entered internet lexicon quickly even if it’s not common outside the British Isles.

As discussed in Origins, historically Gaff would have been used to describe a hook with attached pole or a trick. In modern internet slang, it has no other meaning than home.

Typically, Gaff can be left with a lowercase G making Gaff and gaff interchangeable. Rarely, the second F will be dropped but this is normally a spelling mistake. 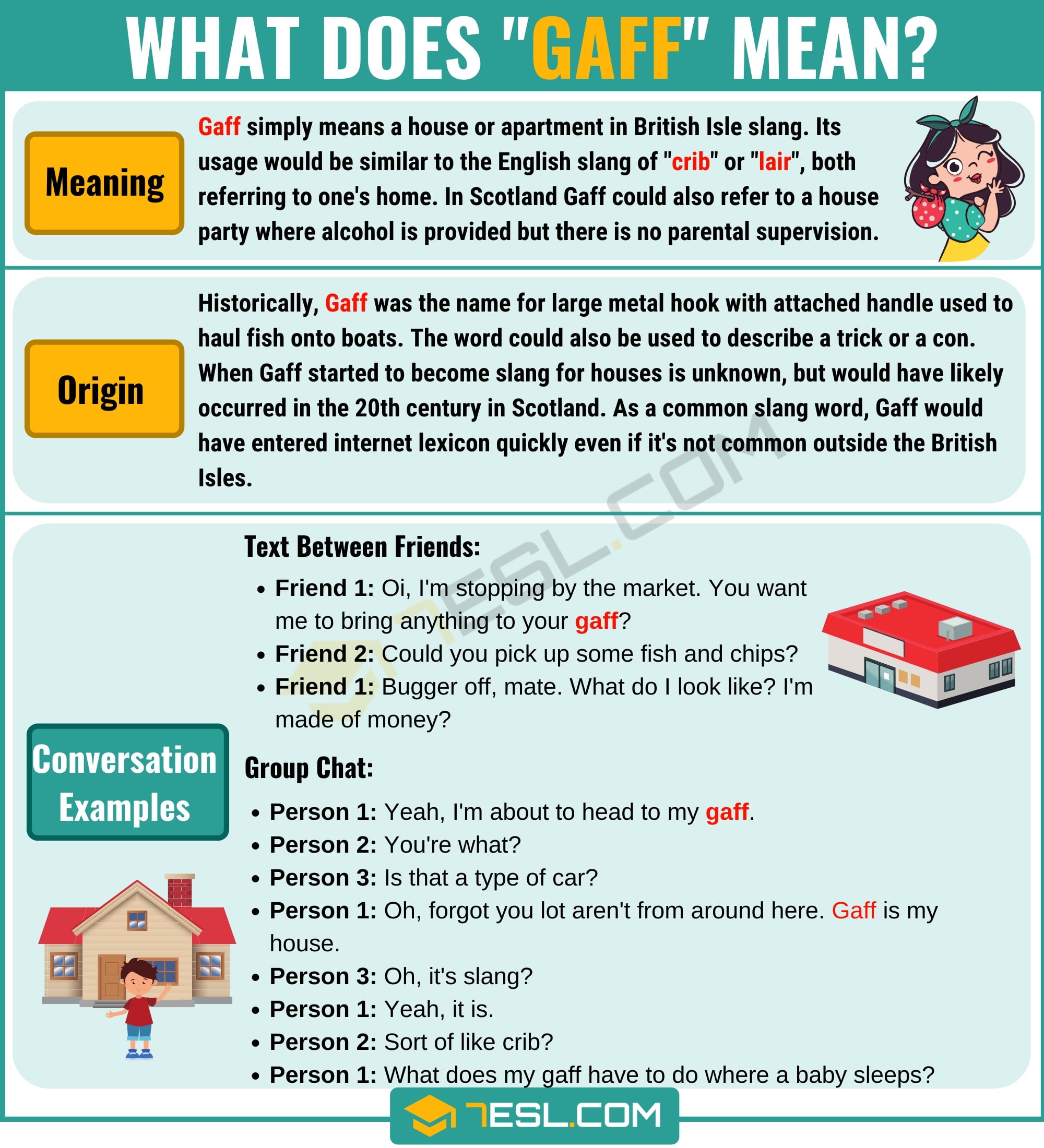