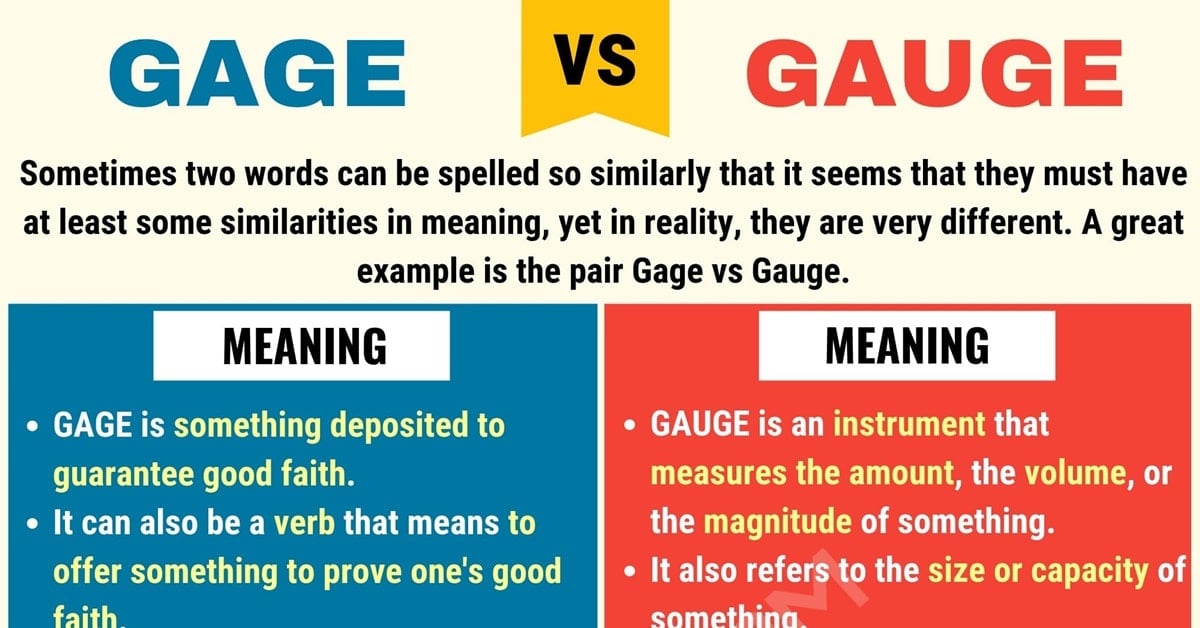 Gage vs. gauge! Sometimes two words can be spelled so similarly that it seems that they must have at least some similarities in meaning, yet in reality, they are very different. A great example is the pair gage vs. gauge. While they differ by a single letter, their meanings couldn’t be further away from each other. And still, many people use the one instead of the other way too often. So, what does each of the words mean?

GAGE is something deposited to guarantee good faith. It can also be a verb that means “to offer something to prove one’s good faith”. In contrast, GAUGE is an instrument that measures the amount, the volume, or the magnitude of something. It also refers to the size or capacity of something. Finally, it can be used as a verb to mean “to determine the magnitude, volume or amount of something”.

When to Use Gage vs. Gauge

It’s very rare that you’ll see gage in a sentence because this word is becoming obsolete. However, it can sometimes act as a synonym to deposit, e.g. “Her house was a gage for the bank”. You can also find the phrase “Cousin, throw up your gage” in Shakespeare’s Richard II. There, gage referred to something that can be thrown down to challenge someone else for a fight, like a glove. Therefore, throwing up the gage means canceling the challenge. The fruit greengage can be shortened and called gage as well. Finally, sometimes this is how the word gauge is spelled, though it isn’t the preferred spelling.

As for gauge. it’s used a lot more often. For instance, the air gauge can tell you the pressure of your car tires. If you use this word as a verb, you might say that astronomers are able to gauge the distance between the Earth and a certain star judging by the light this star emits.

There are two things that you can remember to never confuse gage and gauge again. Firstly, gauge has to do with measurements, and both of these words have the letter u in them. Secondly, there’s very little chance that you’ll need to use the word gage in your writing because it’s almost obsolete. So, when in doubt, you can be about 99% sure that the correct word will be gauge.

Difference between Gauge vs. Gage | Image 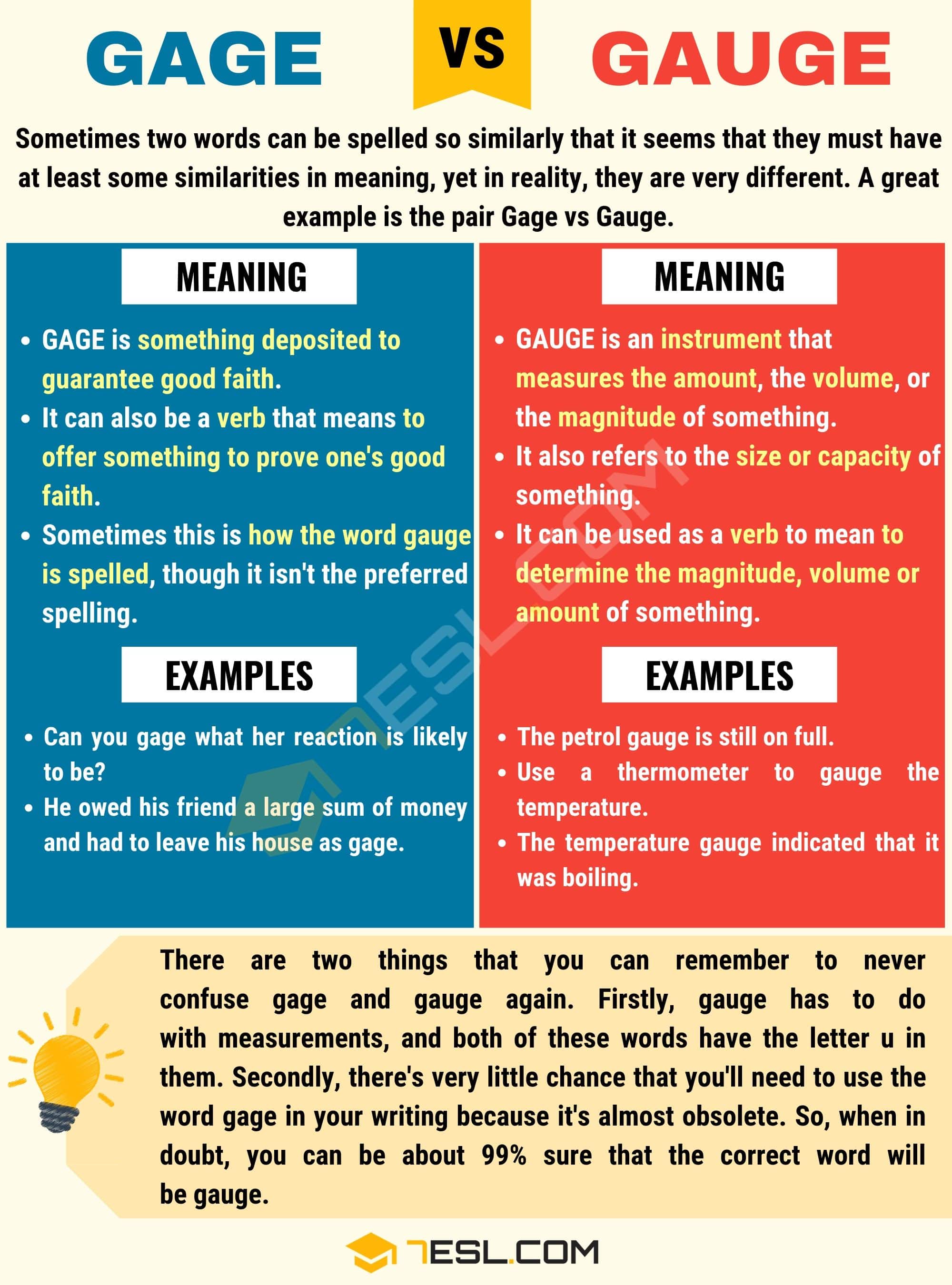 When to Use Gage vs. Gauge