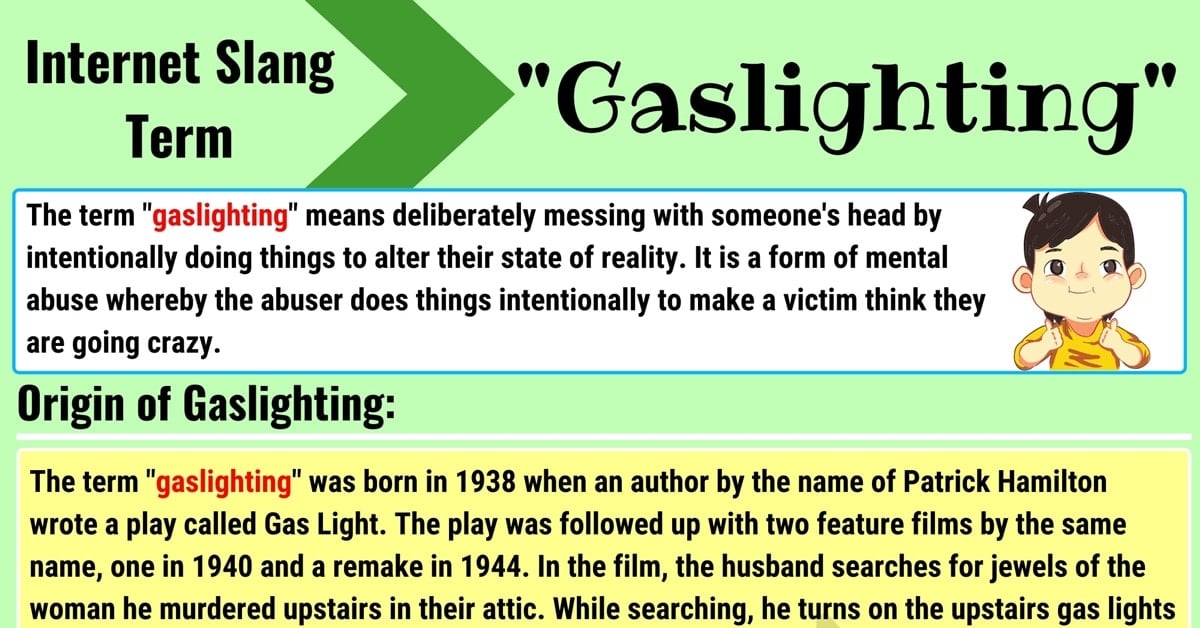 The term “gaslighting” is not just found online and is not a new term by any means. If you are thinking that this term has anything to do with lighting in a physical sense, you would be wrong. Here you will find the meaning of this slang term, its origin, and other meanings if there are any available.

You will also find some example conversations using the term correctly to help you better understand the term and you will see some alternative words or phrases that you can use instead of using this term in conversation to relay the same message.

What Does “Gaslighting” Mean?

The term “gaslighting” means deliberately messing with someone’s head by intentionally doing things to alter their state of reality. It is a form of mental abuse whereby the abuser does things intentionally to make a victim think they are going crazy.

The term “gaslighting” was born in 1938 when an author by the name of Patrick Hamilton wrote a play called Gas Light. The play was followed up with two feature films by the same name, one in 1940 and a remake in 1944. In the film, the husband searches for jewels of the woman he murdered upstairs in their attic. While searching, he turns on the upstairs gas lights to see better, which dims the lights downstairs. The wife notices the dimming and mentions this to her husband who tells her the lights are the same and she is just imagining things. The wife notices other things as well, but when she brings them to the attention of her husband he denies them and tells her she is going insane and going to have her committed to a mental institution. This is where the term “gaslighting” and its definition originated from and it has been popularly used since in the field of psychological medicine.

There are no other known meanings of the term “gaslighting” known at this time.

A conversation between two co-workers:

There are several words or phrases that you can use to replace the term “gaslighting” in conversation and convey the same meaning. Some of the substitute words or phrases you could use include: 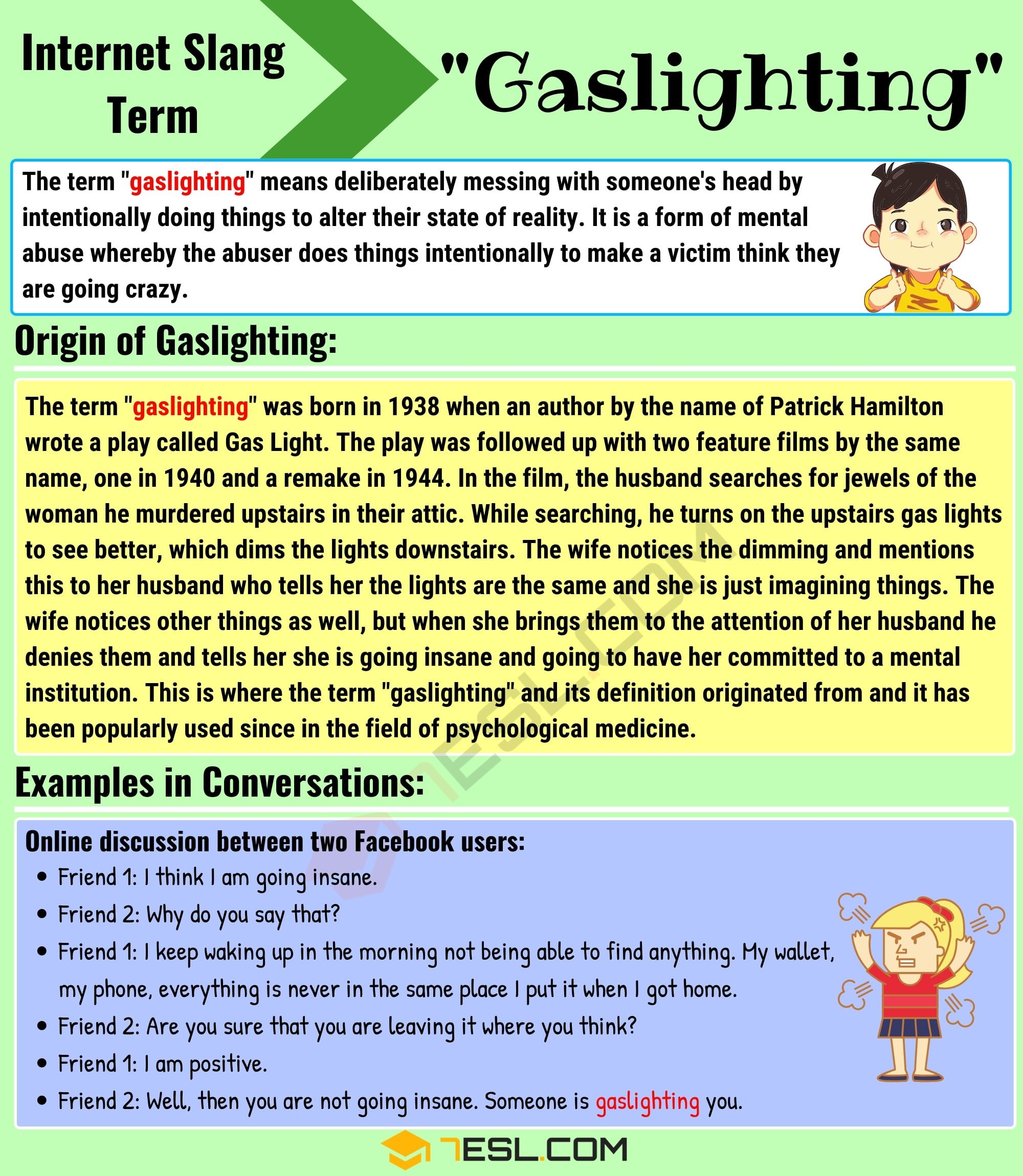