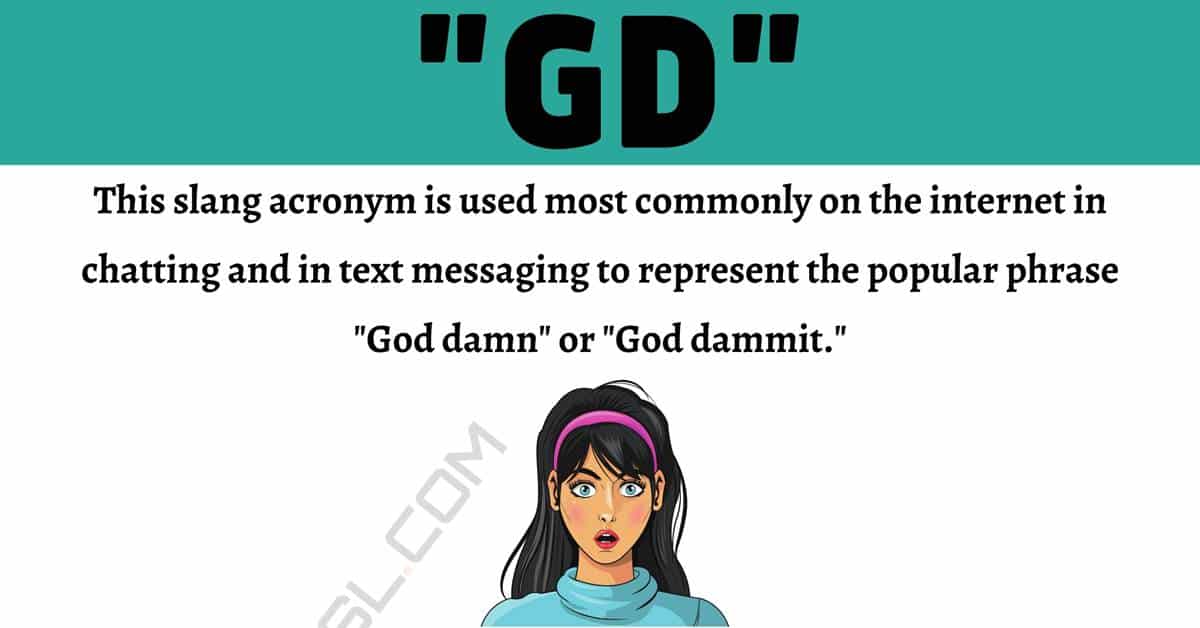 The acronym “GD” can be used to represent many things and often you must determine the meaning by the context it is being used in. However, in this article, the most common representation is the focus. Here you will find the meaning of the phrase this acronym usually represents, the origin of that particular phrase, and some other meanings of the acronym. Conversation examples are also provided so that you can see how the term is used properly in a real-life conversation in the hopes that it will also help you to better understand its meaning. Finally, you will discover some other words and phrases that you can use as an alternative to this acronym and the phrase it represents.

What Does GD Mean?

This slang acronym is used most commonly on the internet in chatting and in text messaging to represent the popular phrase “God damn” or “God dammit.” These phrases are typically used in response to someone for many reasons.

The word “dammit is derived from the French word “damner” which means to condemn, blame, convict, or injure.” It was first used in English sometime during the late 13th-century. “God” was added to the term for emphasis. However, many religious people frown upon the usage of this phrase because it is offensive to them to take the Lord’s name in vain.

As is the case with a majority of other acronyms, this one can also be used to represent many other things as well from single words to official titles. While this is not an all-inclusive list, some other things this acronym is used to represent are “General Dynamics,” “Geometry Dash,” “Graphic Design,” “Group Discussion,” “Good Day,” and “Gold Digger.”

There are many words and phrases that you could use to replace this particular term in a conversation that would still mean the same thing. Some other words or phrases you could use instead include: 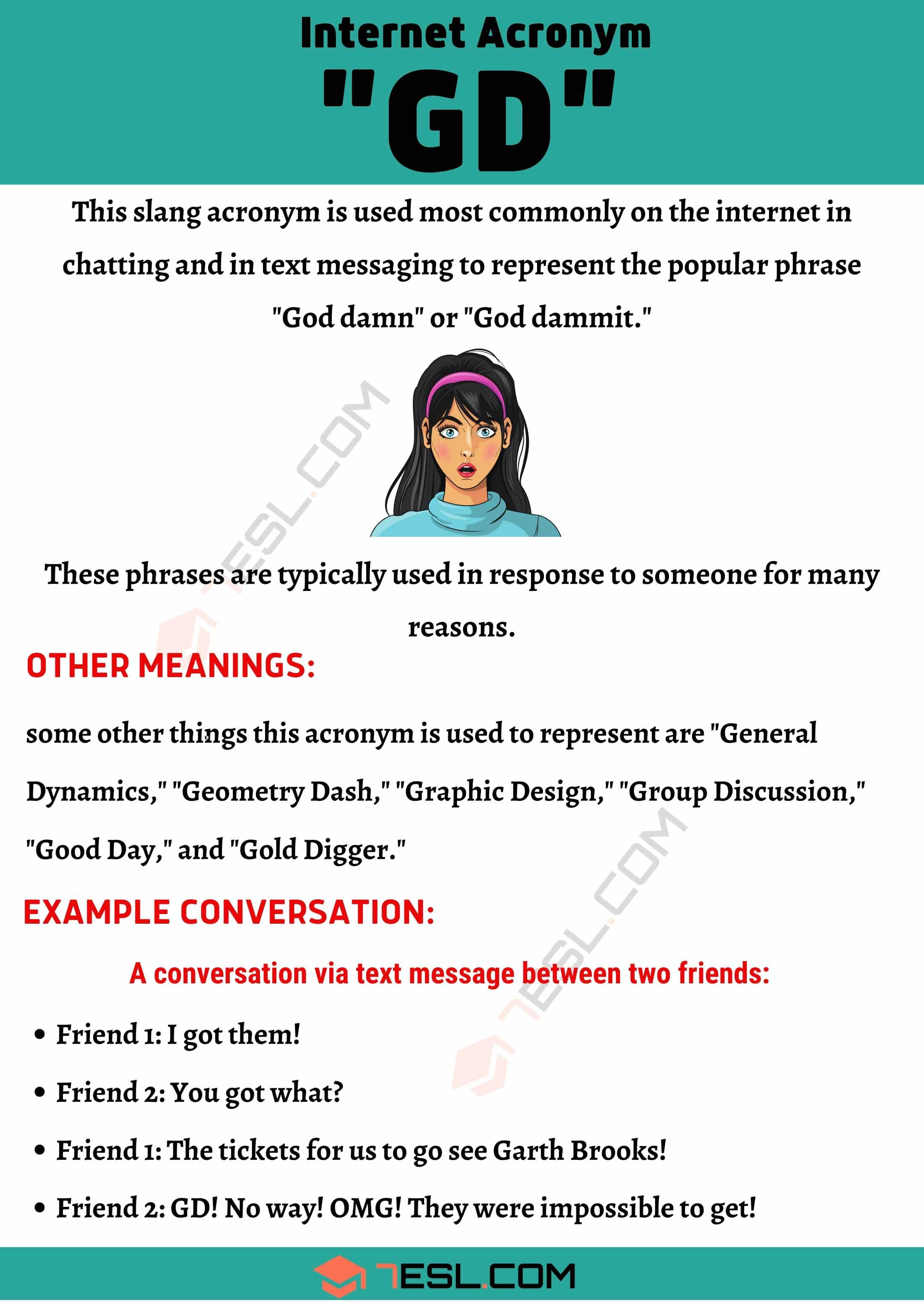 The village of the damned