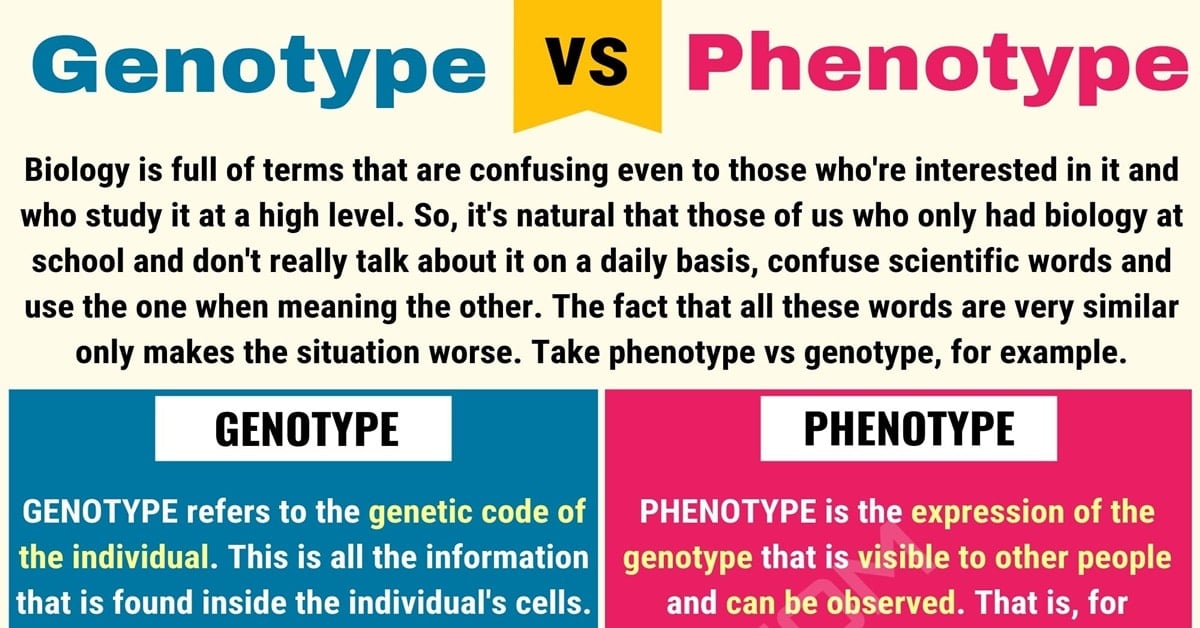 Genotype vs. phenotype! Biology is full of terms that are confusing even to those who’re interested in it and who study it at a high level. So, it’s natural that those of us who only had biology at school and don’t really talk about it on a daily basis, confuse scientific words and use the one when meaning the other. The fact that all these words are very similar only makes the situation worse. Take phenotype vs. genotype, for example. They sound almost the same but what’s the difference in their meanings?

GENOTYPE refers to the genetic code of the individual. This is all the information that is found inside the individual’s cells. PHENOTYPE, on the other hand, is the expression of the genotype that is visible to other people and can be observed. That is, for example, the color of the person’s eyes or hair, or the ability to touch their nose with their tongue.

When to Use Genotype vs. Phenotype

For every trait that an individual has, a cell has two alleles: forms of the gene where one is from the mother and the other is from the father. To put it simply, let’s say that there’s a person who has brown hair but his cells contain one “brown hair” and one “blonde hair” allele. The genotype includes all of this information, even though this person doesn’t have blonde hair. On the other hand, the phenotype only includes information about brown hair because that’s what we observe when we look at this person.

It’s interesting that the fact that two people have the same genotypes doesn’t necessarily mean that they’ll have the same phenotypes. That’s happening because the phenotype isn’t inherited directly, and environmental factors play an important role when determining it. Thus, even identical twins can have different phenotypes. 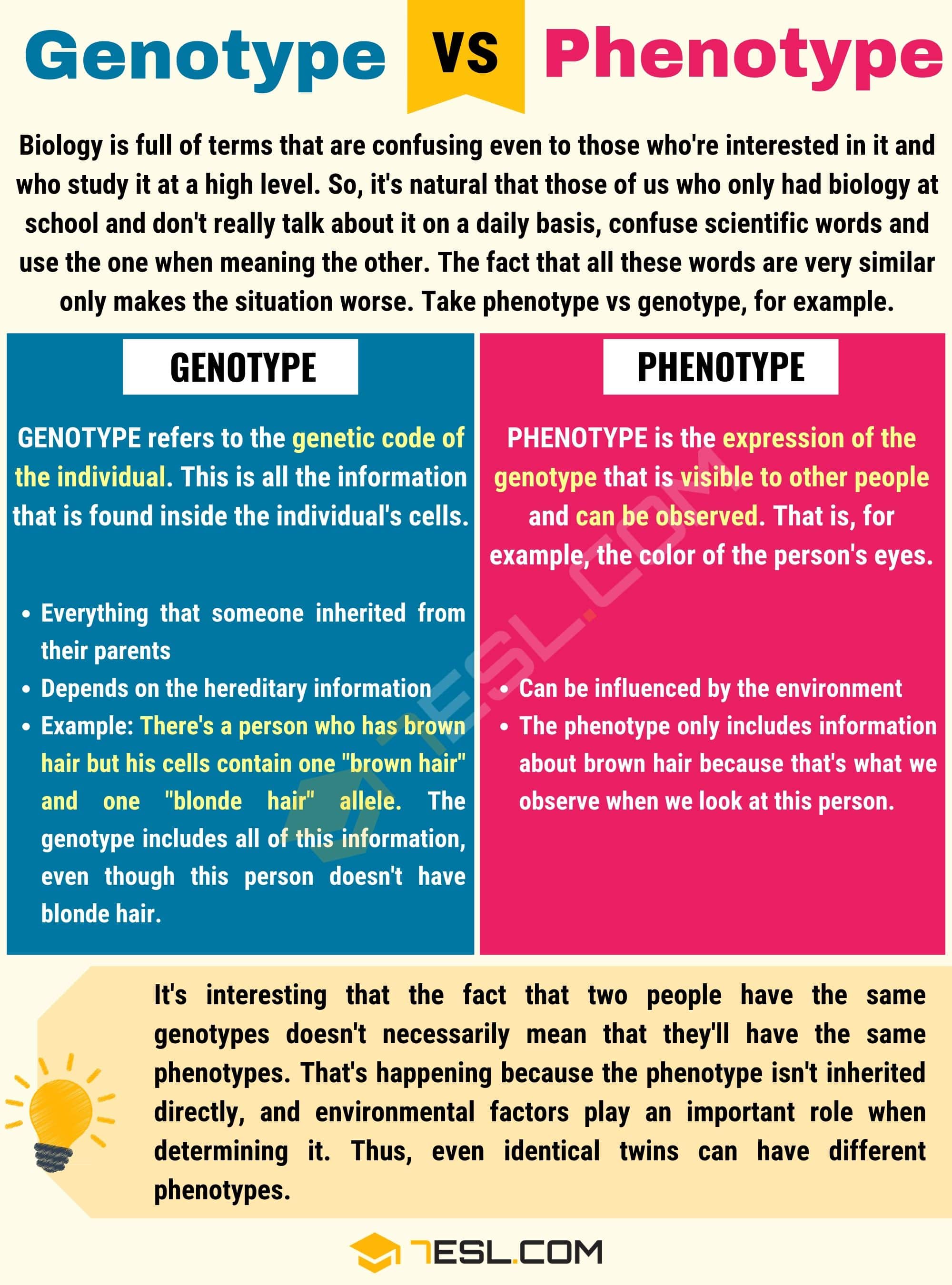 only got through the first line before prompted to comment but so far I’m intrigued… your use of language is very engaging.. I’ve been at this all day so thank you for sparking an interest