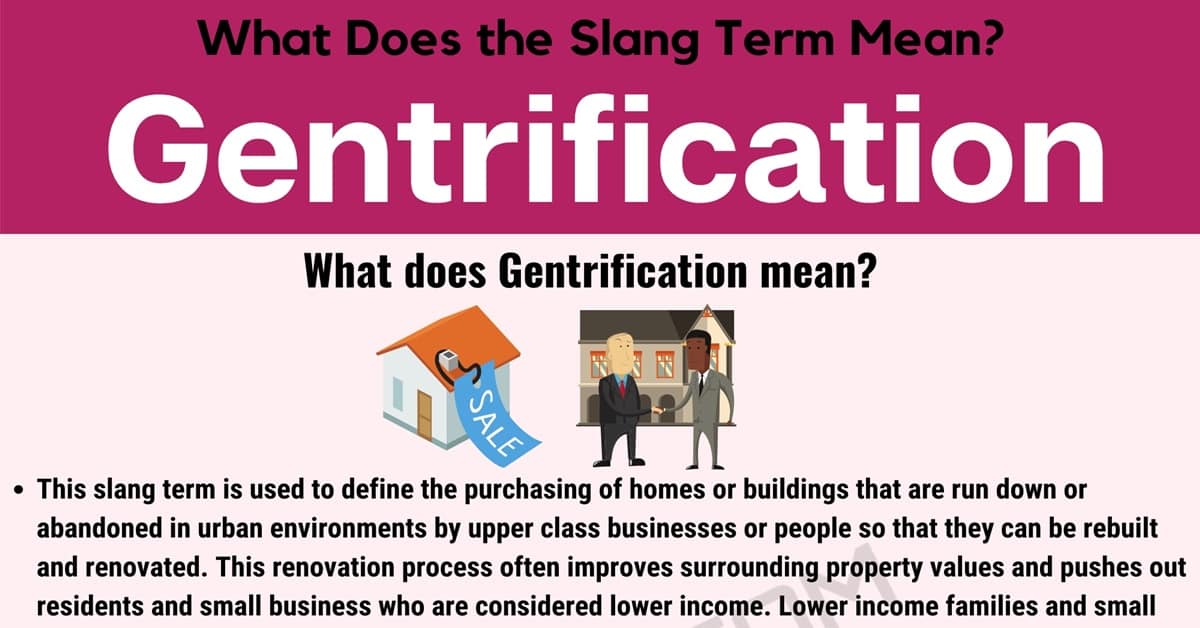 The slang term “gentrification” has been used for many years to describe a complex and controversial concept. If you came here looking for the meaning of this term, then you have ended up in the correct place. In addition to learning the meaning of this term, you will also find the details of the term’s origin and some alternative meanings if there are any to be found.

Conversations examples are provided for you to read over too so you can see how the term is properly used within the context of a conversation. Finally, you will discover some like words of phrases that mean the same thing.

What Does Gentrification Mean?

This slang term is used to define the purchasing of homes or buildings that are run down or abandoned in urban environments by upper class businesses or people so that they can be rebuilt and renovated. This renovation process often improves surrounding property values and pushes out residents and small business who are considered lower income. Lower income families and small businesses are often forced to leave these areas due to rent increases and higher taxes that they simply can no longer afford.

This slang term is derived from the term “gentry” which is derived from the Old French word “genterise.” The term “genterise” came first and has been used since the 14th-century, It is defined to mean “of gentle birth.” The term “gentry” was derived from this word and has been used since the 16th-century to mean “people of gentle birth.” This slang term in question was first recorded being used in 1964 by an author as a means to describe what was happening in the inner City of London at the time. The author observed this process as more upscale businesses and people moved into the inner city slowly pushing out the lower class.

There are no other currently known meanings of this slang term. 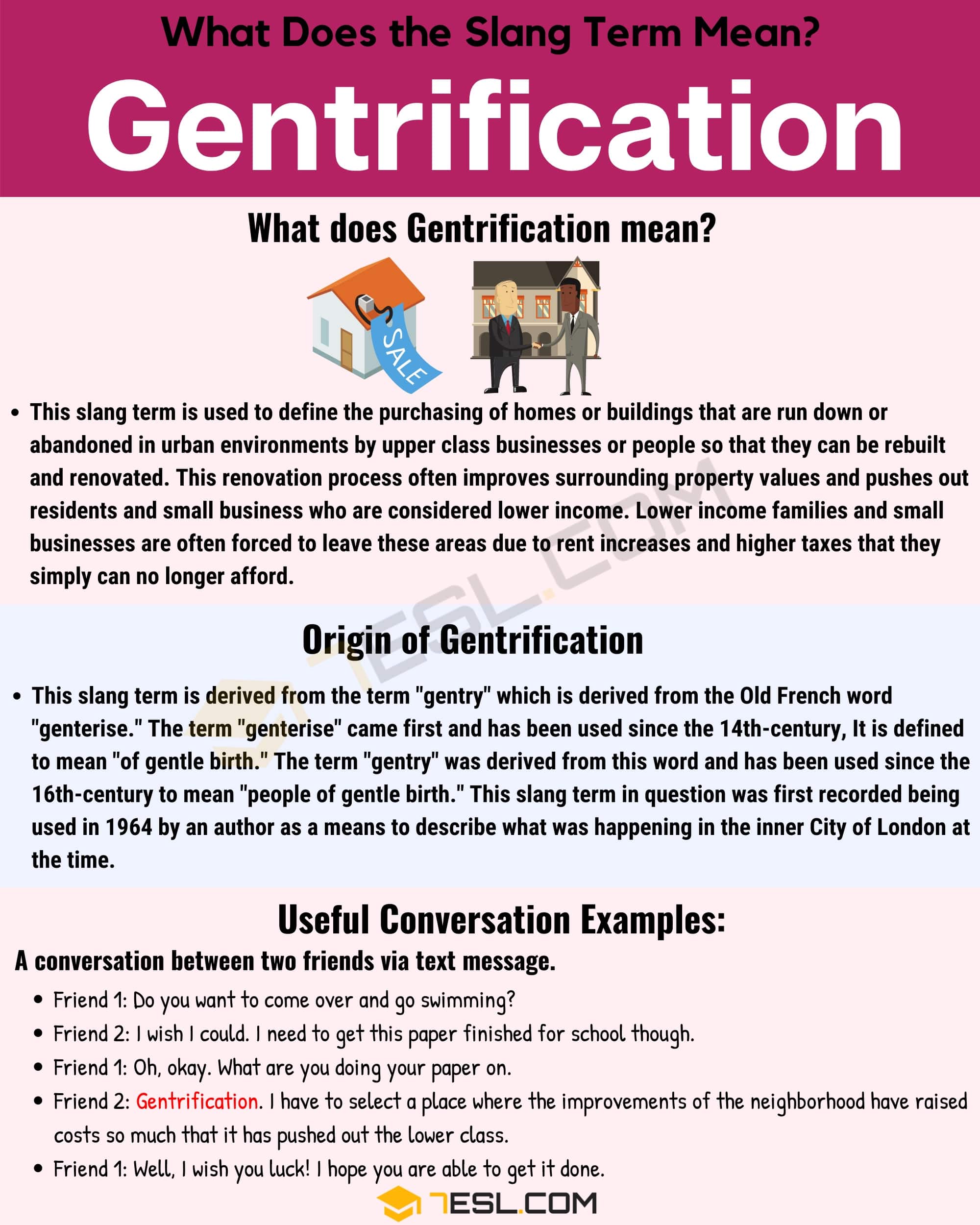