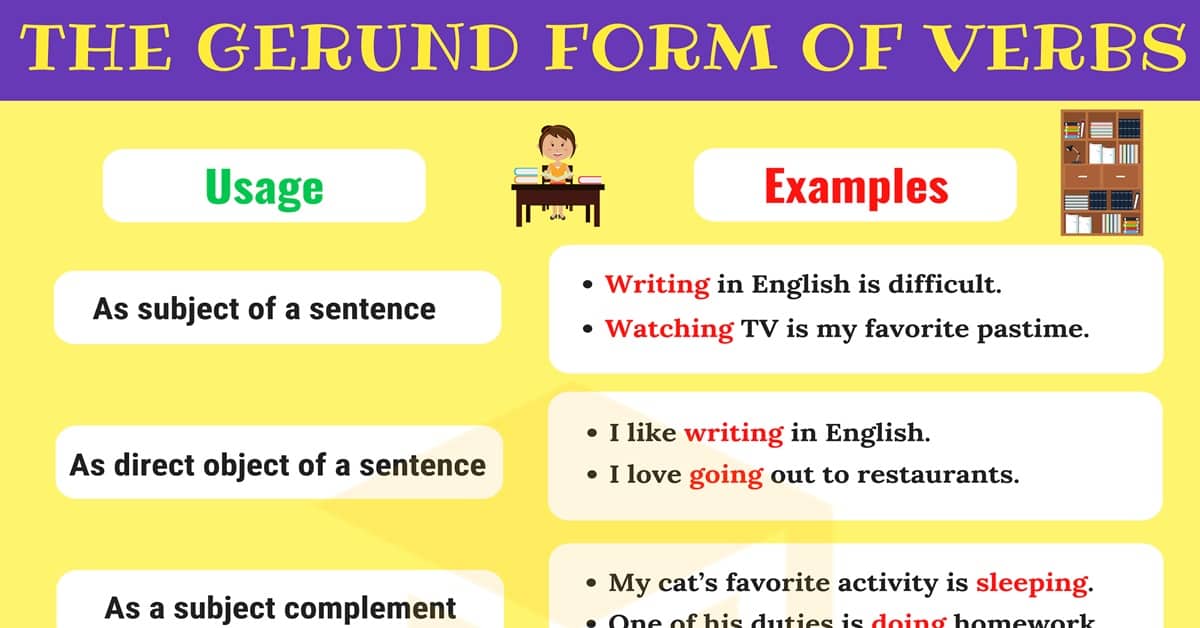 Gerunds! What is a gerund? Learn how and when to use Gerunds in English with useful grammar rules, example sentences, video and ESL worksheets.

What Is A Gerund?

What is a gerund? Gerunds are verbals that function as nouns and have an –ing ending.

I am waiting. (Present Participle)

(This is the present continuous. “Waiting” here is part of the verb. It is not a gerund.)

(This is present simple, but it contains a gerund. “Waiting” is the direct object of this sentence.)

How to Use Gerunds with Examples

The gerund form of verbs is used as follows:

The Gerund Can be Used as Subject of a Sentence

Writing in English is difficult.

Watching TV is my favorite pastime.

The Gerund Can be Used as Direct Object of a Sentence

I love going out to restaurants.

The Gerund Can be Used as a Subject Complement

My cat’s favorite activity is sleeping.

One of his duties is doing homework.

The Gerund Can be Used as an Object of a Preposition

Would you like to walk instead of taking the bus?

The Gerund Can be Used after Certain Expressions

It’s no use tying it; you have to glue it.

There’s no point in wasting time. 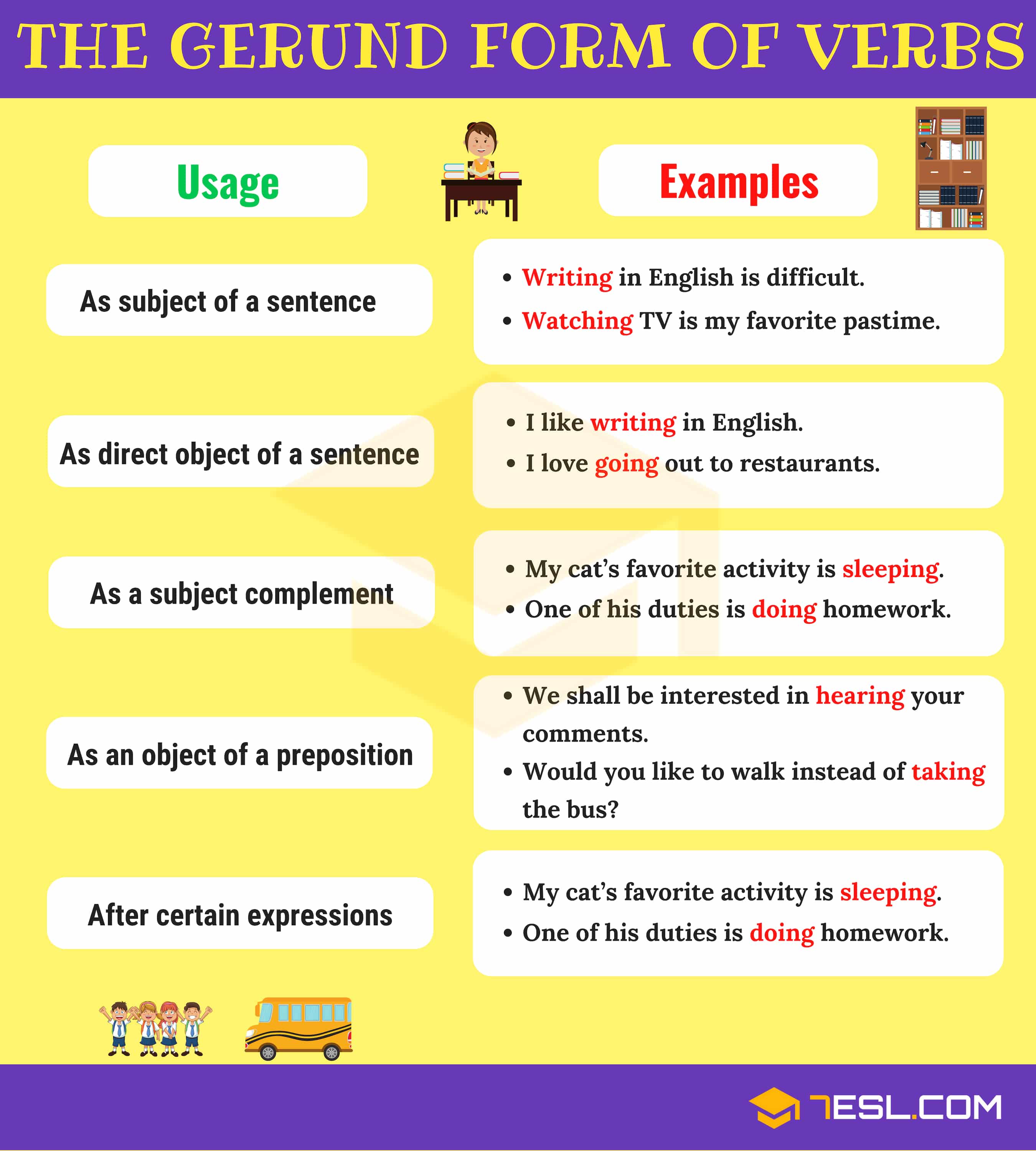 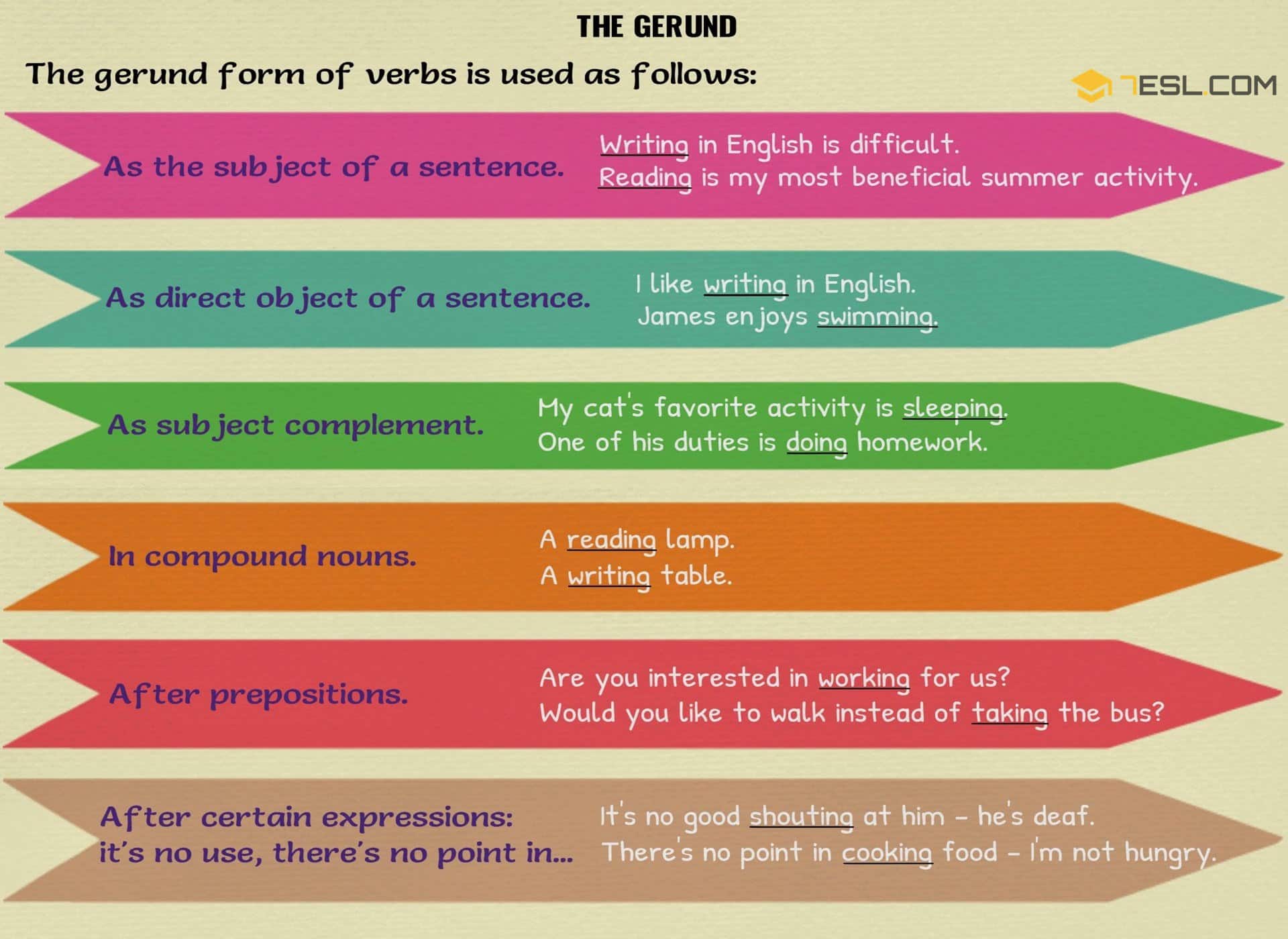 Learn useful list of Verbs Followed by Gerunds in English with example sentences.

He had missed being elected by a single vote.

He postponed returning to Paris.

She quits worrying about the problem.

I don’t recall seeing any cars parked outside.

I recollect seeing Ryder some years ago in Bonn. 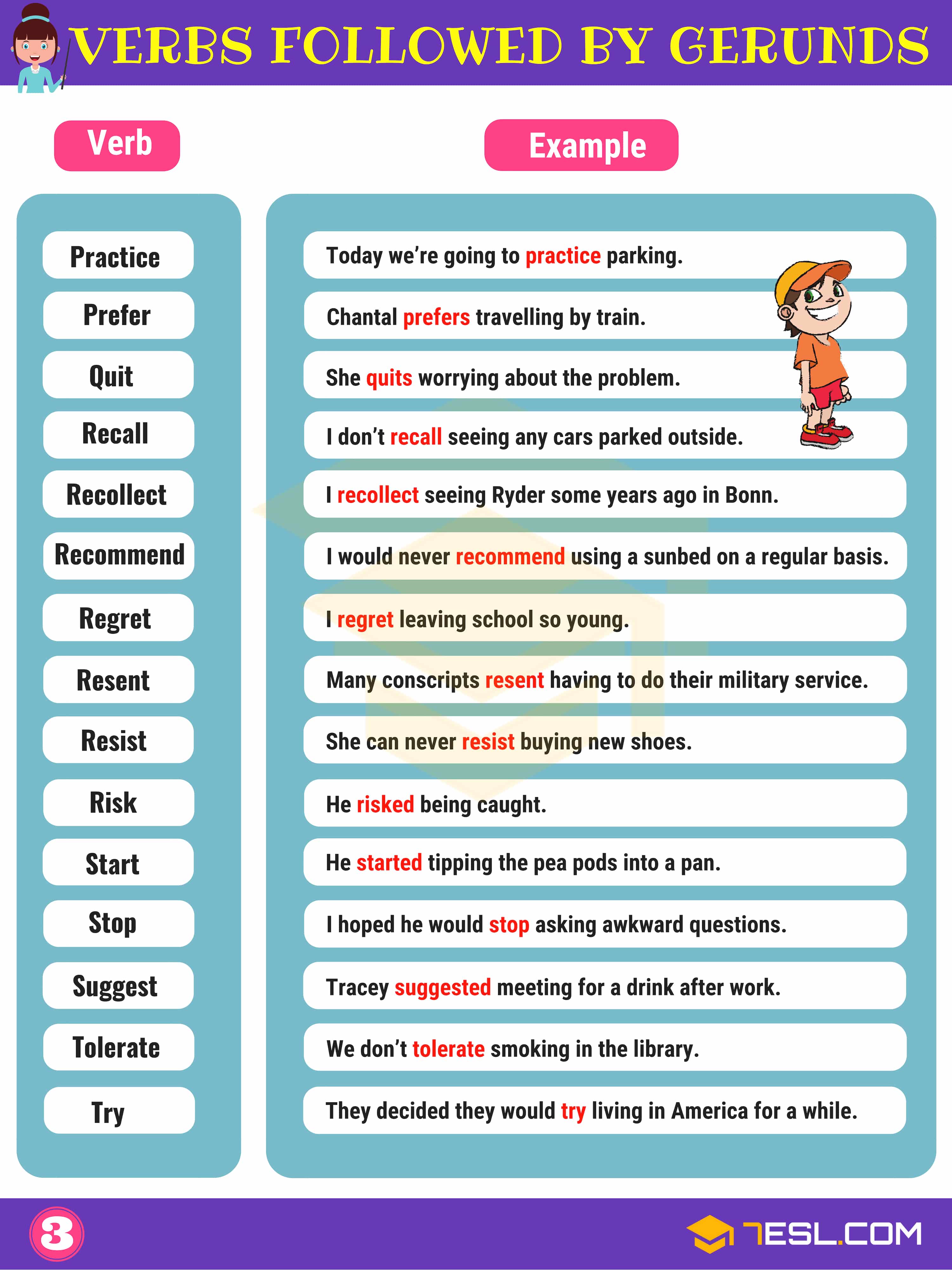 I would never recommend using a sunbed on a regular basis.

I regret leaving school so young.

Many conscripts resent having to do their military service.

He risked being caught.

They will not sanction copying without permission.

He started tipping the pea pods into a pan.

I hoped he would stop asking awkward questions.

Tracey suggested meeting for a drink after work.

We don’t tolerate smoking in the library.

They decided they would try living in America for a while.

Hello, can I use your pictures for my class too? thank you so much

Thanks that was helpful for me, because I’m still learning english