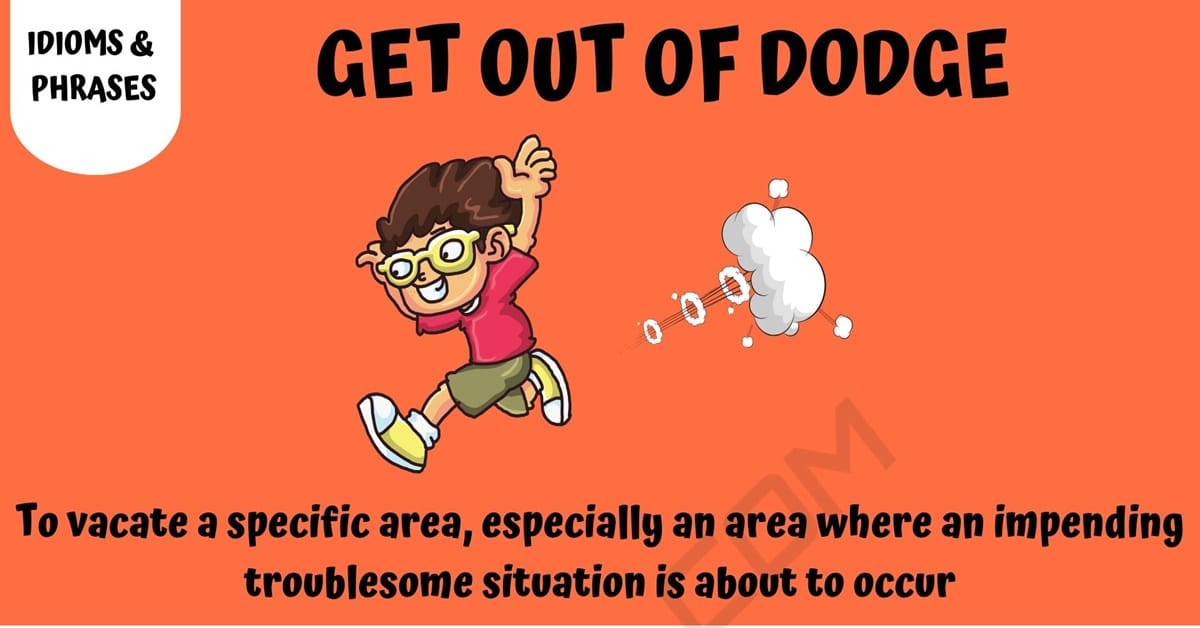 The idiomatic phrase “get out of dodge” is a phrase you may hear or see frequently in everyday conversation and writing. Here you will find the meaning of this phrase and some information about its origin. You will also find examples of how to properly use this phrase in conversations/statements and alternative ways to say this phrase while still conveying the same meaning.

Get Out Of Dodge

Get Out Of Dodge Meaning

The idiomatic phrase “get out of dodge” means to vacate a specific area, especially an area where an impending troublesome situation is about to occur.

The idiom “get out of dodge” most likely originated from the television show Gunsmoke which aired on television from 1952 to 1975. The show was a western that took place in Dodge City, Kansas. Whenever there was someone causing trouble in the town, they were told to “get out of Dodge” meaning leave the city. The phrase became widely used because of the show and continues to be popular today when someone needs to leave any area because of impending trouble.

“Get Out Of Dodge” Examples

A statement made by a local citizen about a recent tornado that struck the town.

A statement made by a celebrity who was blacklisted for bad behavior.

Other Ways to Say “Get The Hell Out Of Dodge”

As is the case with all idiomatic phrases, there are many alternative ways to say “get out of dodge: and still convey the same meaning. Other ways you could say this phrase include:

Get The Hell Out Of Dodge | Picture 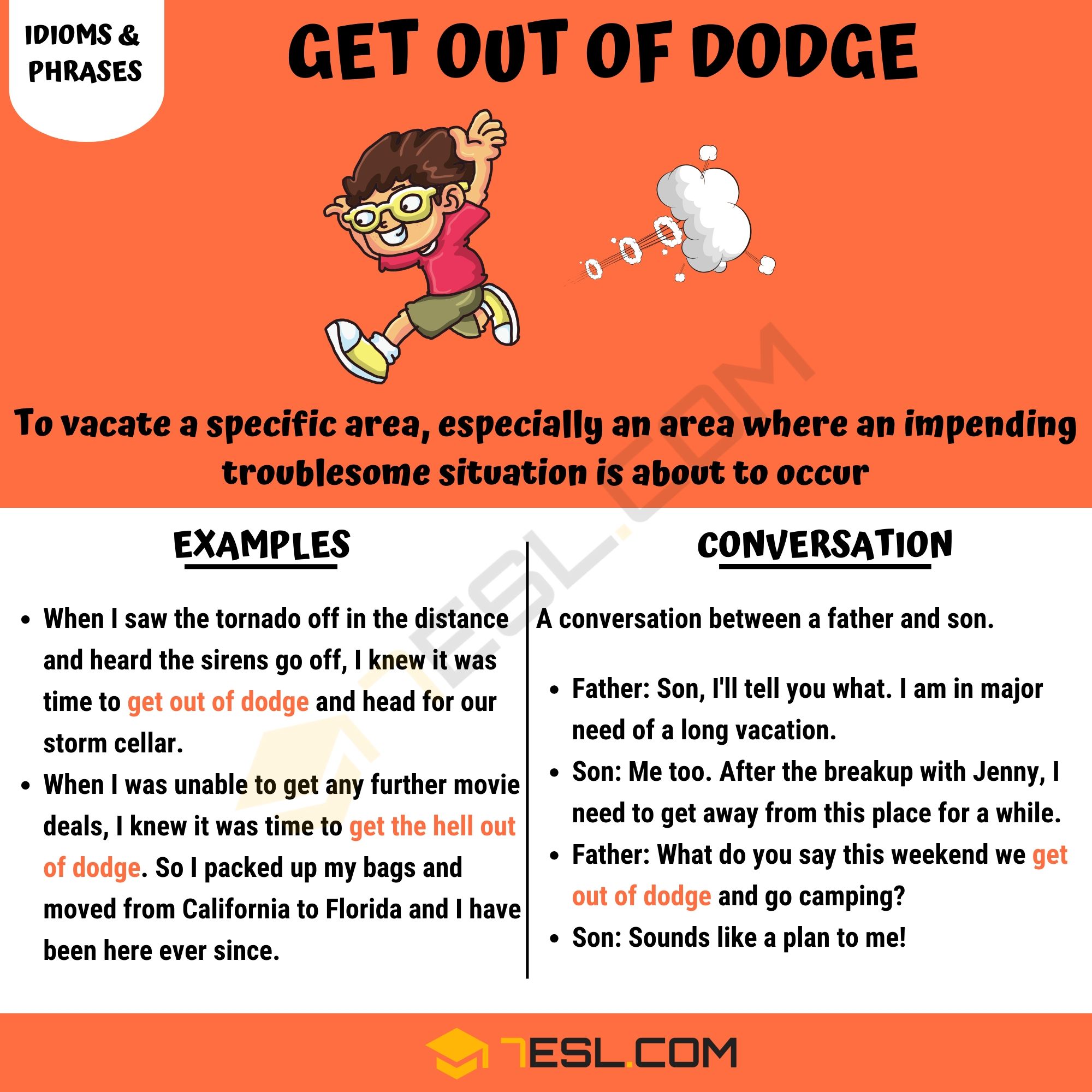