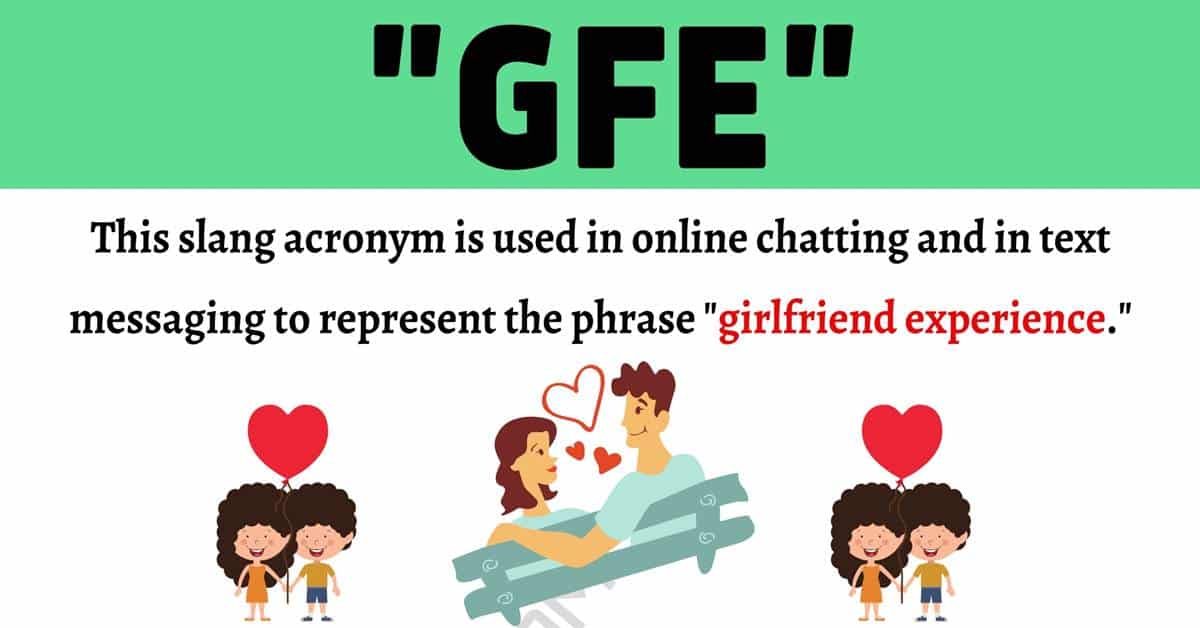 Most people are not familiar with what the acronym “GFE” represents. If you are included in this majority, then you have come to the right place. Here you will find the meaning of this acronym, details about its origin if there are any to be found, and some other meanings of this acronym. You will also see some example conversations that illustrate how this term is properly used in context. Finally, you will see some synonyms if it is possible to represent this acronym and the phrase that it represents in another way.

What Does GFE Mean?

This slang acronym is used in online chatting and in text messaging to represent the phrase “girlfriend experience.” This phrase is used to describe the experience of someone who hired and paid for a prostitute or escort for services of a non-sexual nature where the person hired acts more like a girlfriend and provides the same intimate affections that a girlfriend would.

There is no specific origin information regarding the first usage of this term to describe the experience in the meaning above.

This acronym can also be used popularly to reference an American television show of the same name of the phrase already mentioned. It can also be used to represent other more specific and technical phrases such as “Good Faith Estimate,” “Graphical Forecast Editor,” “General Fund Exempt,” “Good For Everything,” and “Group Format Error.” This is not intended to be a list that includes every possibly representation of this acronym, just a few examples as there are too many possibilities to mention them all here.

There are no other synonyms that you could use to represent this acronym or the phrase that it represents other than more wordy phrases that are used to describe the meaning of the what they represent. 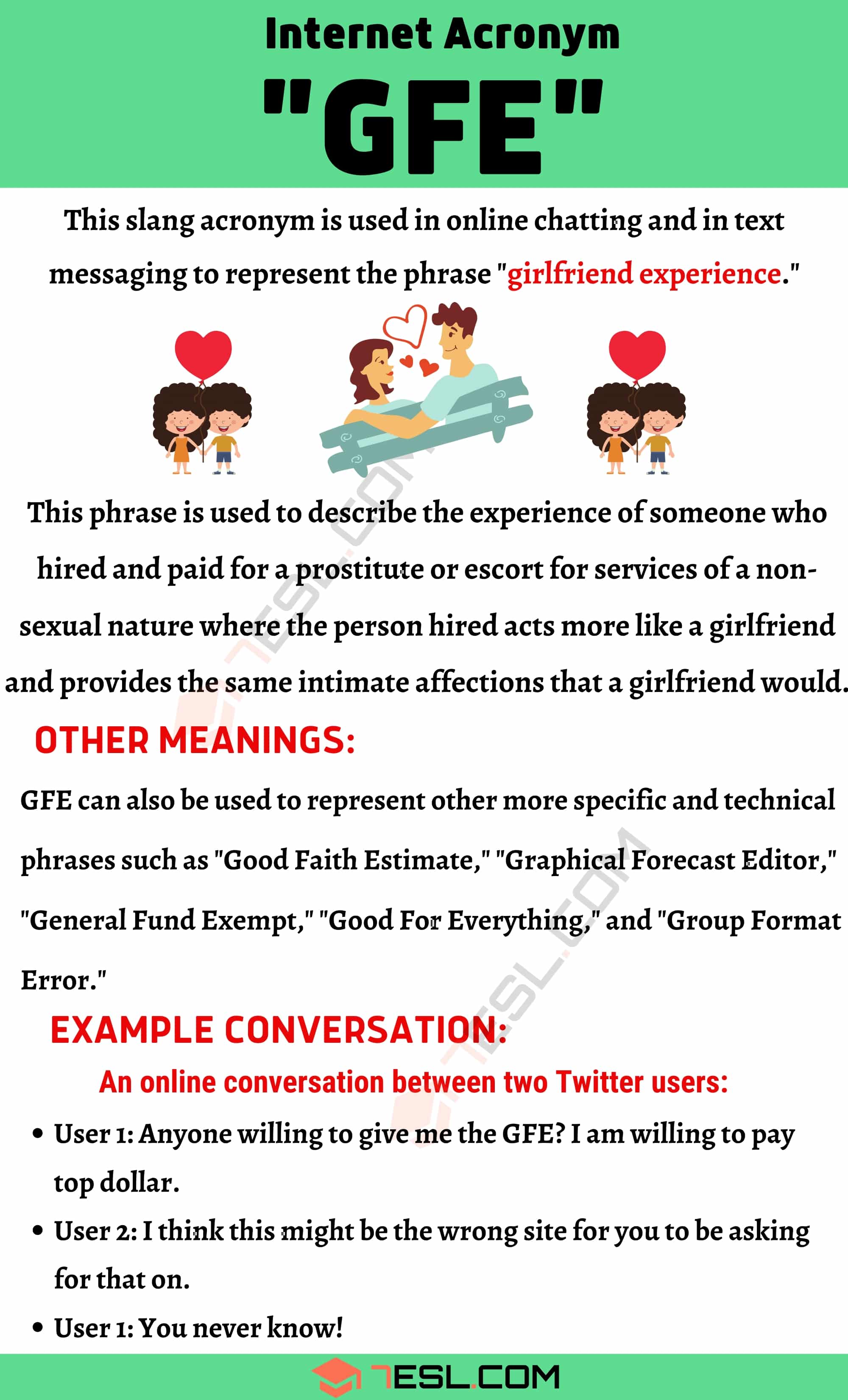