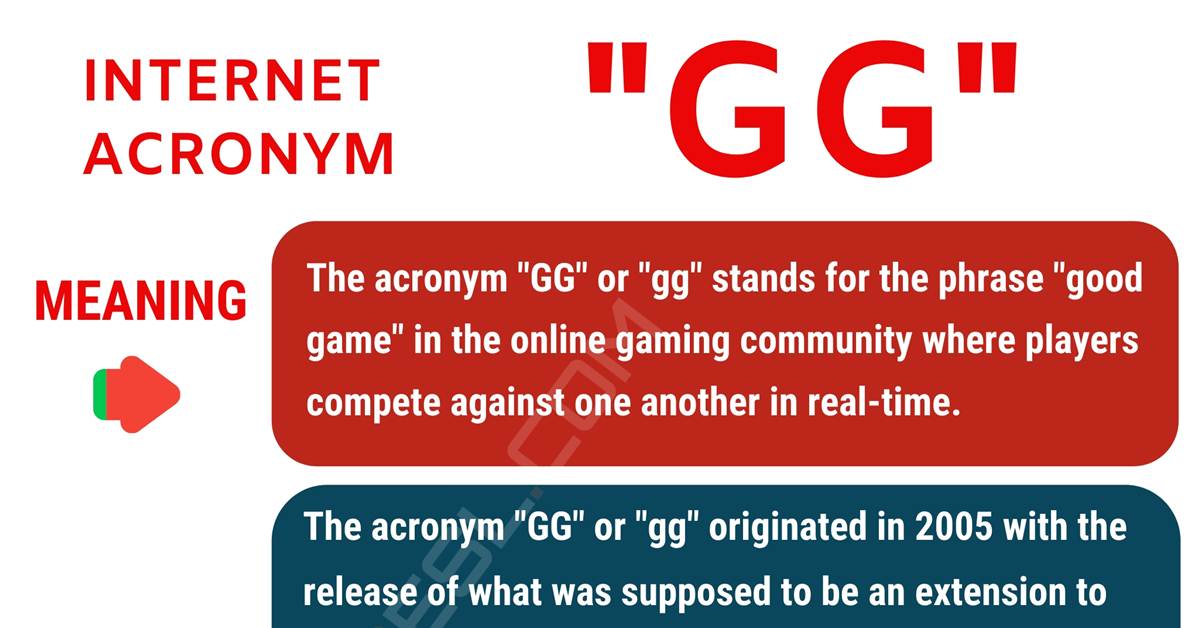 The acronym “GG” is used popularly in internet chat and texting. Almost everyone has seen this acronym used before, but not everyone knows what it stands for. If you are wondering what the “gg” is all about, you have come to the right place. Here you will find the meaning of this acronym and information about its origin. You will also find other meanings if there are any available and some conversation examples to help you better understand how to use this acronym in the correct context. Lastly, you will see some words or phrases that you can use as a substitute for this acronym to still convey the same meaning.

What Does GG Mean?

The acronym “GG” stands for the phrase “good game” in the online gaming community where players compete against one another in real-time.

The acronym “GG” originated in 2005 with the release of what was supposed to be an extension to the online game World of Warcraft II. The extensions, titled Defense of the Ancients and commonly referred to by the online gaming community as DotA, allowed players to compete against one another in a battle arena. When players were done fighting, they would congratulate one another by saying “GG” or “gg.”

Another meaning of the acronym “GG” is the phrase “gotta go.” This acronym began to take on this meaning when text messaging became popular and it became the norm to shorten common phrases into easy acronyms to make texting quicker, easier, and more convenient for users. Determining how the acronym is being used must be decided by the context it is being used in. 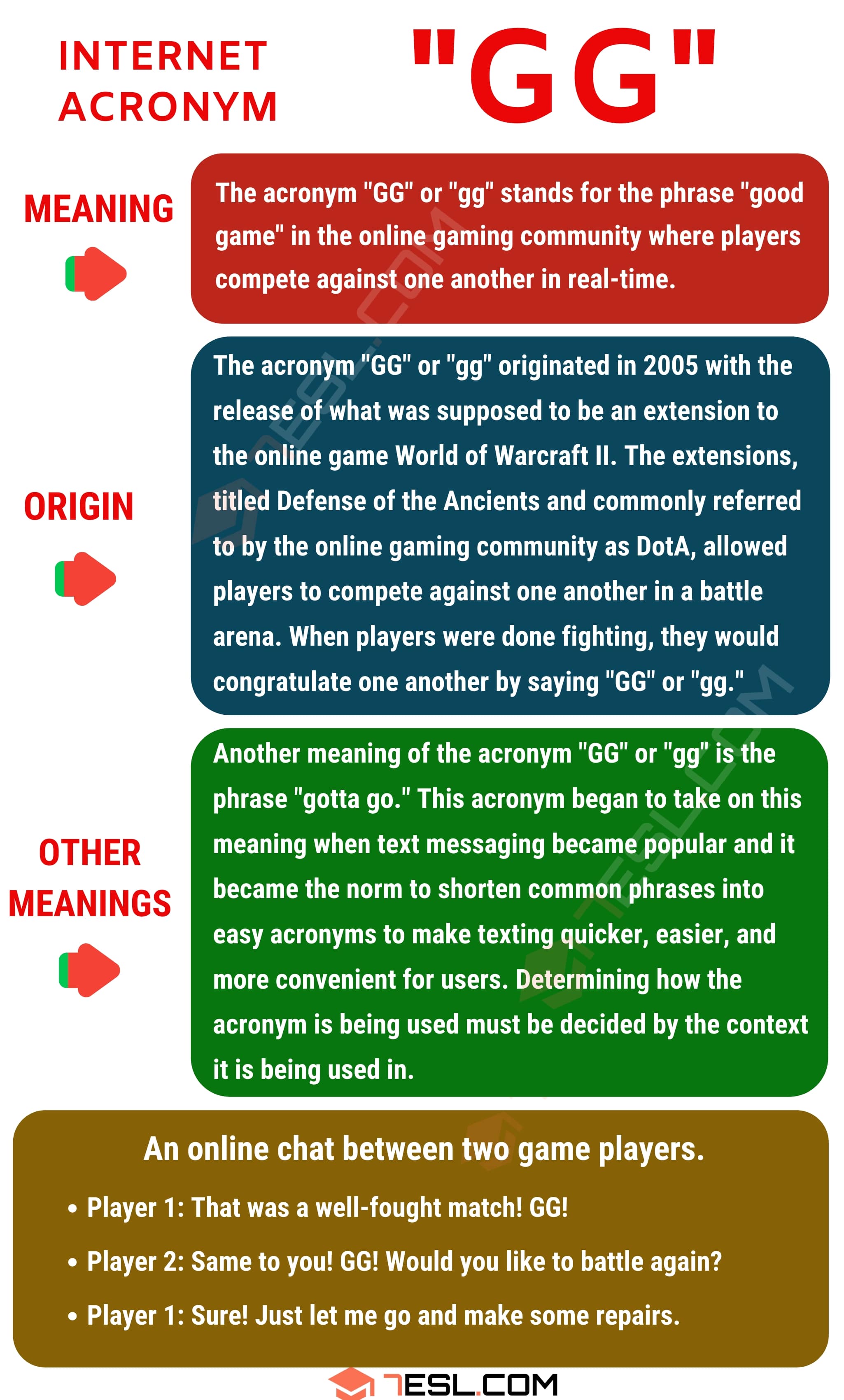