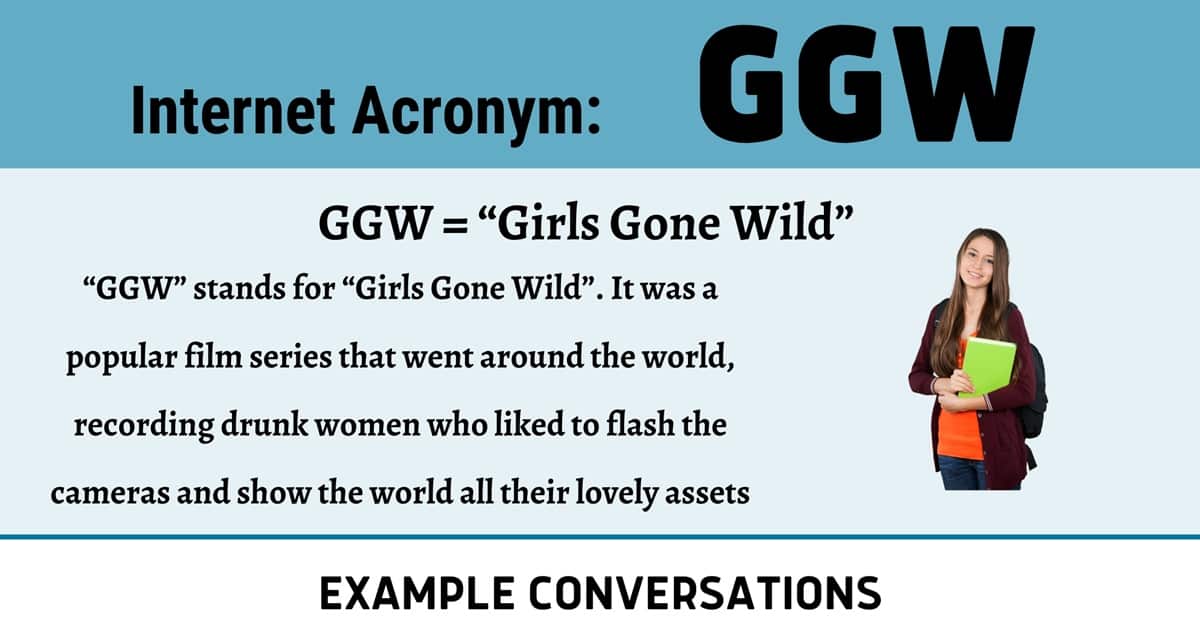 What does GGW mean? Acronyms can make our lives easier when you know what the heck they mean. Using text talk can make your conversations quicker. If you’re like me and don’t even have the time to stop and tie your shoes, using text slang can be a lifesaver. And it can help keep your messages private if you’re using acronyms that aren’t widely known. “GGW” might be one of these kinds of words.

What Does GGW Mean?

“GGW” stands for “Girls Gone Wild”. It was a popular film series that went around the world, recording drunk women who liked to flash the cameras and show the world all their lovely assets. The cameramen were happy to offer suggestions on what would make a great shot and kept the cameras rolling as each young girl took their tops off for the world’s entertainment.

Back in the late nineties, one man had this idea of filming drunk college chicks partying it up. Since alcohol affects your mental impairment, these young women were happy to get their fifteen minutes of fame any way they could. For years, parents feared the worst when their daughters went on vacation, especially during Spring Break. The last thing any mom or dad wants to hear is “Hey, I saw your kid on GGW.”

It became quite popular for years and some younger females had ambitions of being a “GGW”. But as with most fads, this one too wore off once the internet became widely available and people decided it was more fun to stream videos than pop in a DVD. Although the videos are not made anymore, you can still see plenty of “GGW” live, online, thanks to the convenience of smartphones.

Other Meanings of “GGW”

“Girls gone wild” is going to be the main meaning of “GGW”. However, there are a few lesser-known meanings as well. There’s “Guys gone wild”, which is the same thing as “Girls gone wild” but featuring men. Or for those of you with unusual fetishes, it can also mean “grannies gone wild.”

There isn’t really anything that is similar slang to “GGW” but there are some alternate names.

In this long, and completely possible, conversation, two mothers have just realized that their past has come back to bite them in the butt. Most of us don’t want our kids to know the crazy, stupid stuff we did as kids. And we certainly don’t want them seeing it on video.

Thankfully, those of us who were around before cell phones and the internet got a lucky break in that there won’t be much evidence of what we did. Unless it was shown to the world in “Girls gone wild” like poor Norma Jean and Barbara Ann. 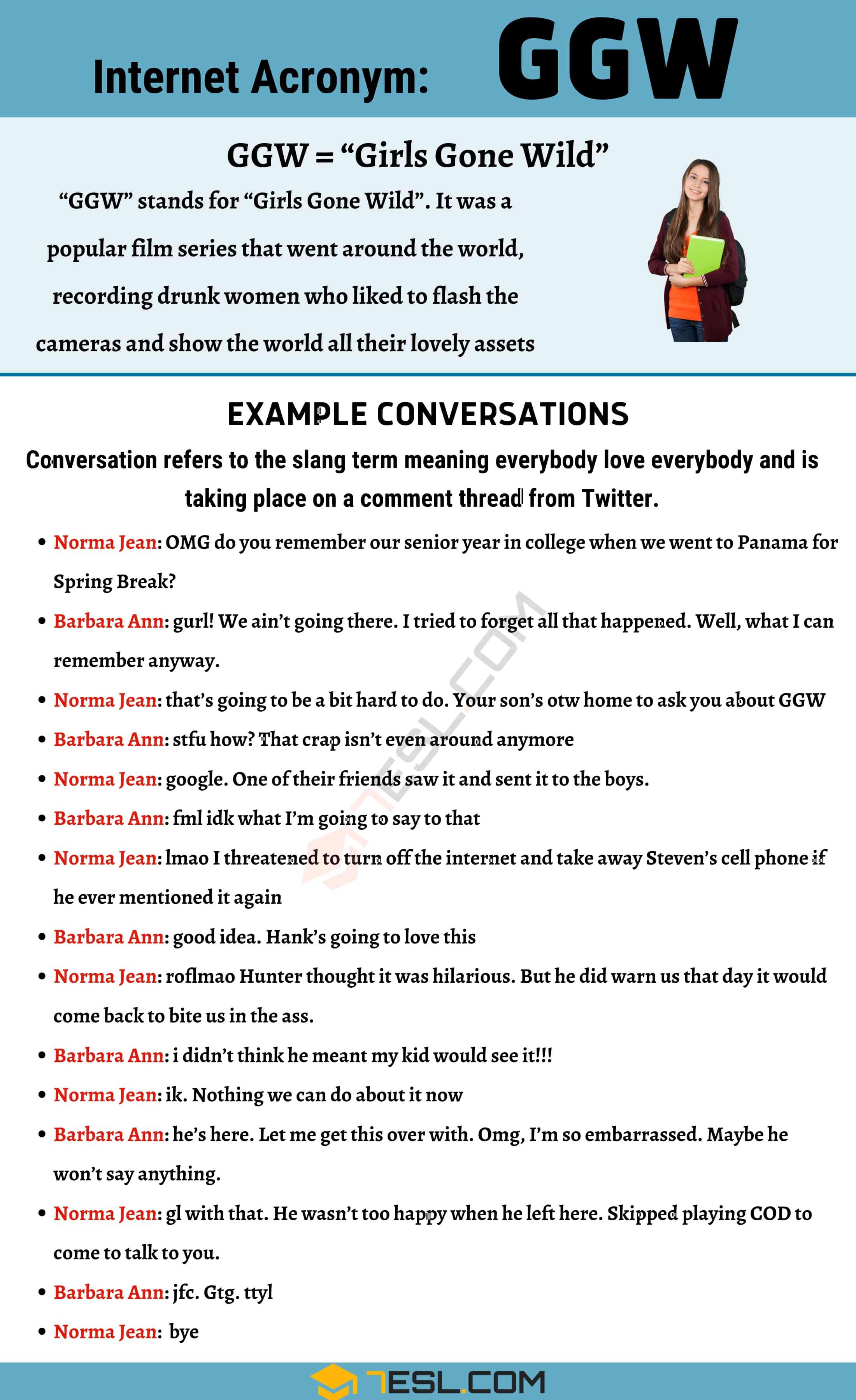