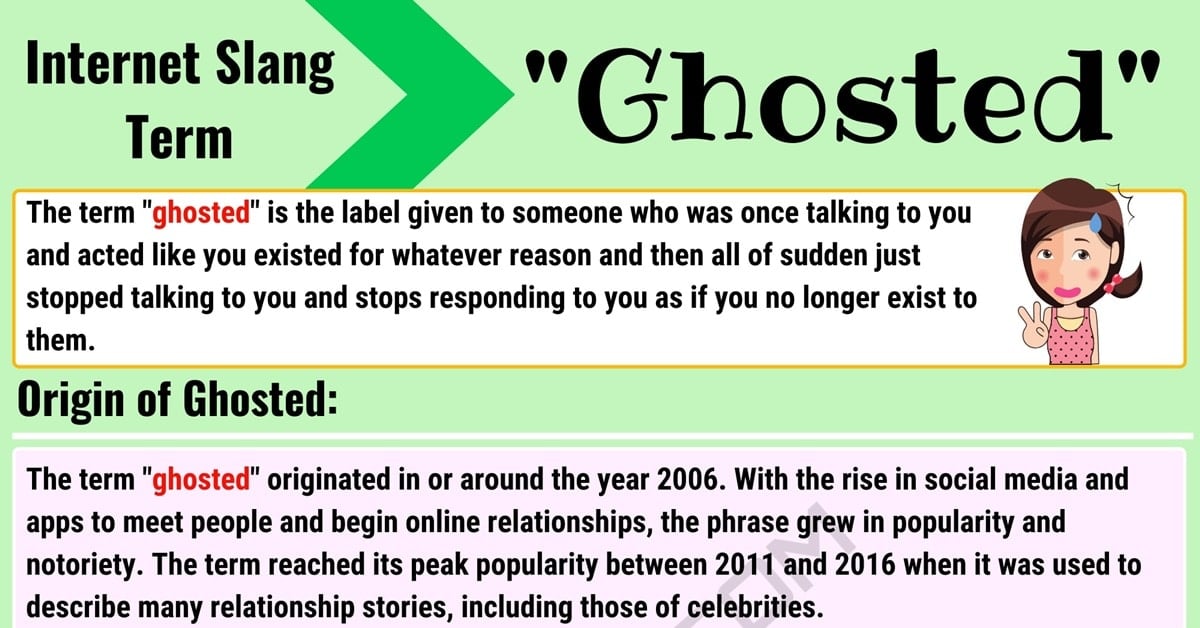 Chances are that you have been “ghosted” at least once before at some point in your life. If you were led here with the desire to know what this slang term means, then your search is now complete. Here you will not only locate this term’s meaning, but you will also uncover some facts about its origin and some alternate meanings if there are any. You will also find some example conversations that use the term correctly in context and some alternative ways to say the same thing instead of using this specific term.

What Does Ghosted Mean?

The term “ghosted” originated in or around the year 2006. With the rise in social media and apps to meet people and begin online relationships, the phrase grew in popularity and notoriety. The term reached its peak popularity between 2011 and 2016 when it was used to describe many relationship stories, including those of celebrities.

Most other meanings listed online for this term are definitions that are made up by users and not worth mentioning here. With that being said, aside from these ridiculous meanings, there aren’t any other legitimate meanings that currently exist.

A discussion between two people that know each other well:

There are several alternatives that could be used instead of “ghosted” to say the same thing. Some alternatives include: 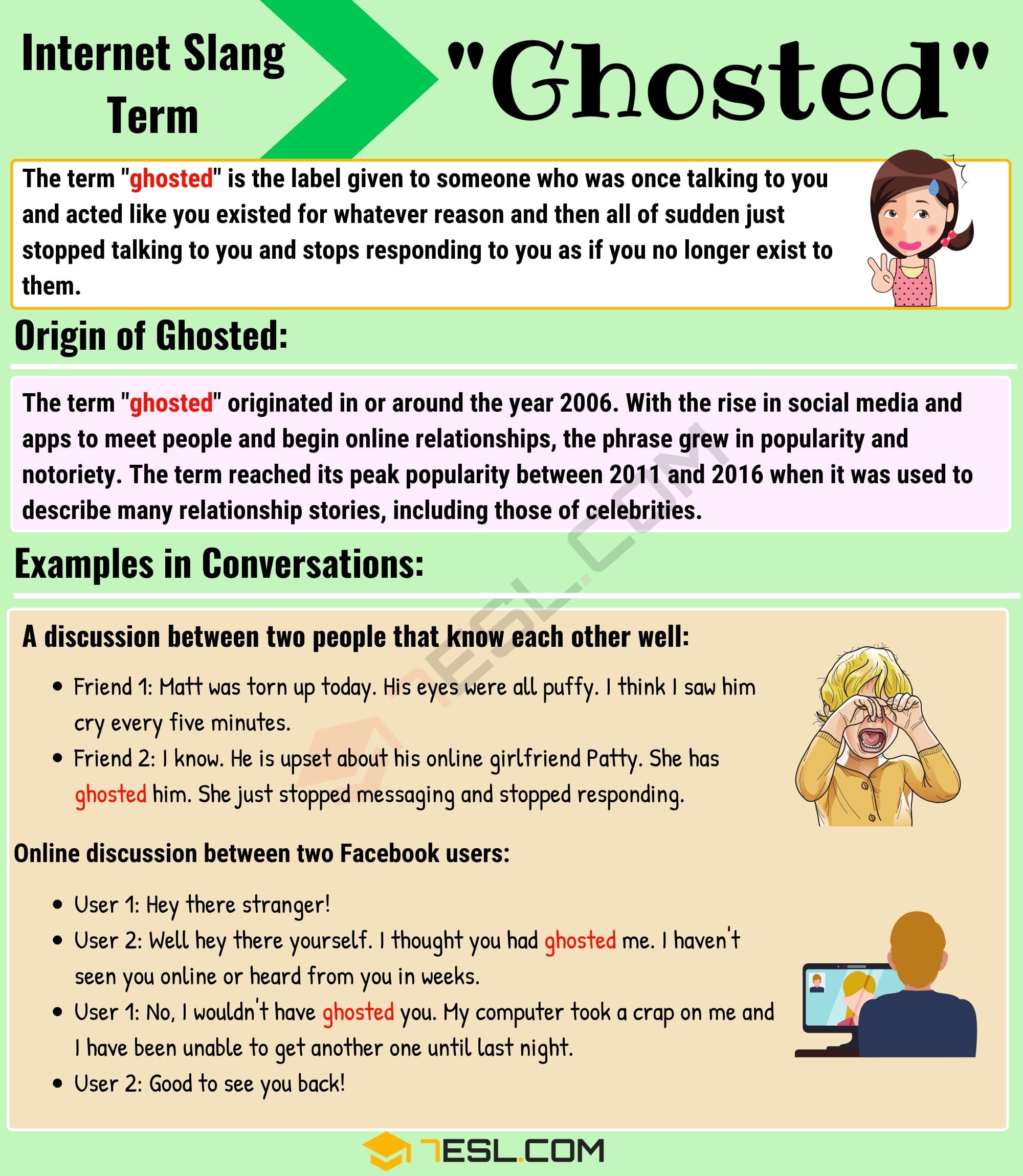