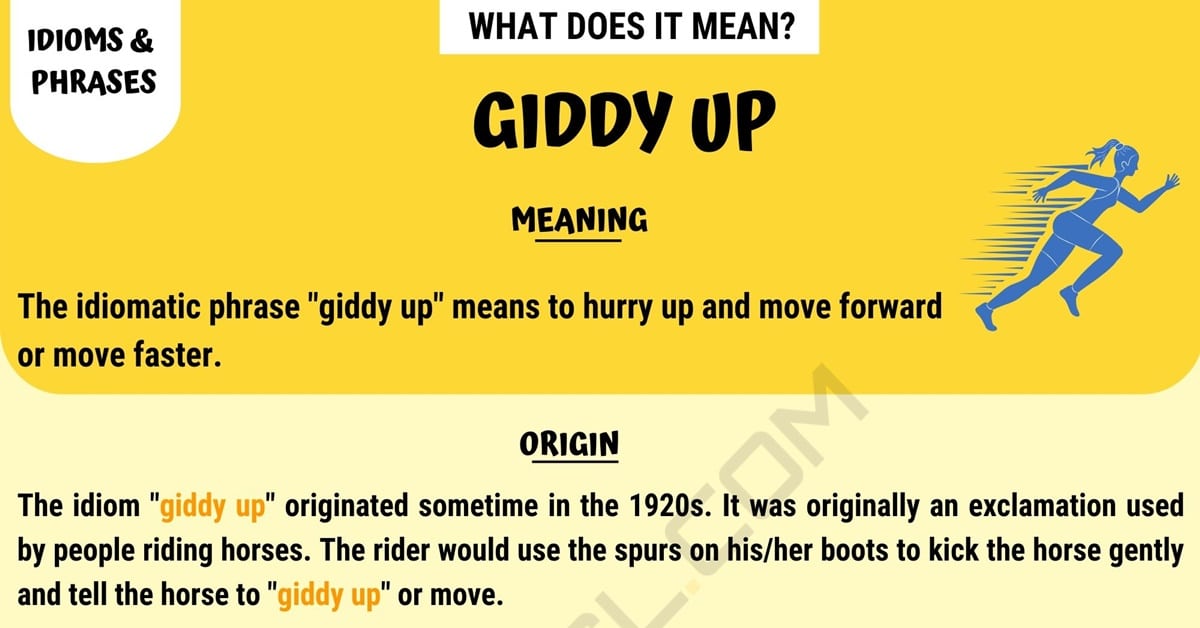 The idiomatic phrase “giddy up” is used by everyone. The first thing that most people think of when they hear this phrase is an old western movie and a cowboy riding his horse telling him to go faster. Why this has something to do with the phrase, it does not mean someone thinks you are a horse.

Here you will find the meaning of this phrase, some information detailing its origin, and some example sentences and conversations that will allow you to garner a deeper understanding by seeing the phrase used in the proper context. At the conclusion, you will also see some words or phrases that you can use to replace the phrase “giddy up” during a conversation, yet still relay the same message.

The idiomatic saying “giddy up” means to hurry up and move forward or move faster.

The idiom “giddy up” originated sometime in the 1920s. It was originally an exclamation used by people riding horses. The rider would use the spurs on his/her boots to kick the horse gently and tell the horse to “giddy up” or move.

Alternatives to “Giddy Up”

There are several alternative words or phrases that you could use instead of using the idiom “giddy up.” Some of the other ways you could say this phrase include: 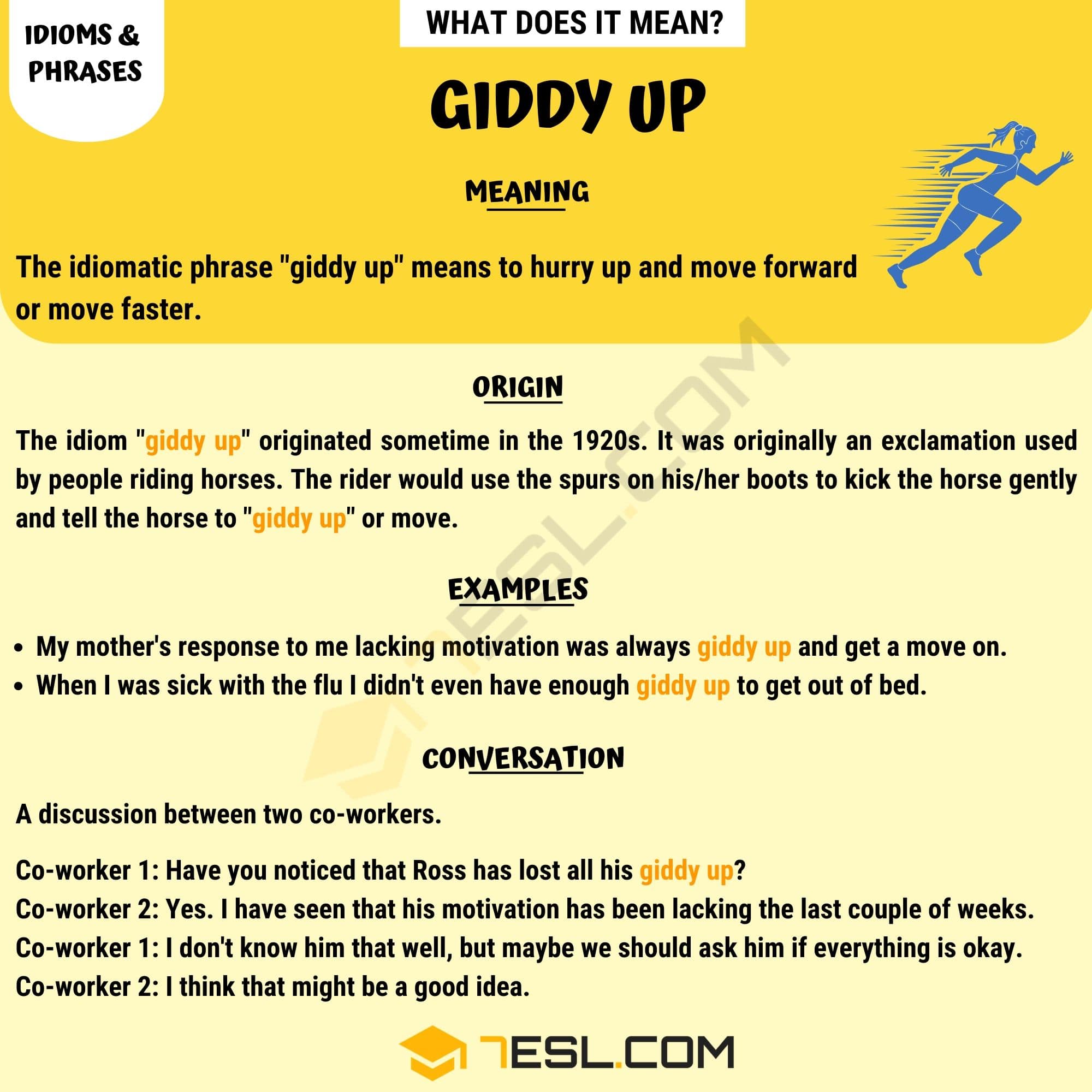