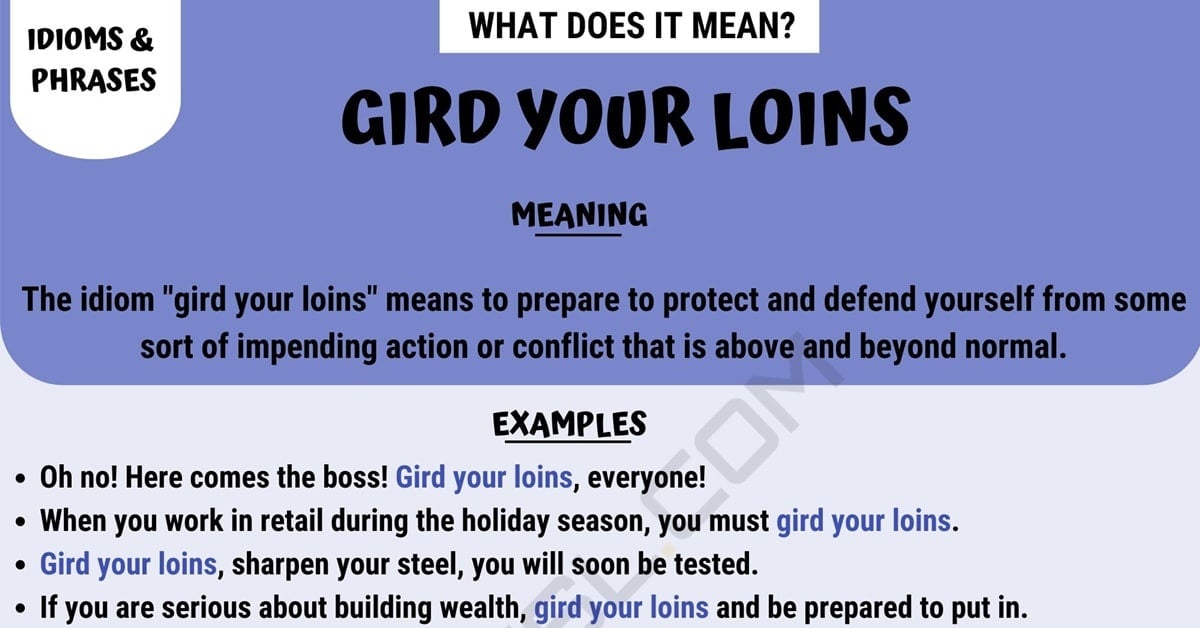 The idiomatic phrase “gird your loins” is a figurative phrase that is less commonly used today in writing and conversation. Odds are you arrived at this page because you have heard or seen the phrase and are wondering what it means. If that’s the case then you have made it to this useful destination. Not only will you find the meaning of this phrase here, but you will also find the story behind its origin, some example sentences and conversations, and some alternative ways you can say the phrase.

The idiom “gird your loins” means to prepare to protect and defend yourself from some sort of impending action or conflict that is above and beyond normal.

The phrase “gird your loins” dates back to Biblical times and first appeared in the book of Proverbs. During Biblical times, both men and women wore dress-like articles of clothing. This made things difficult for women to work and for men to fight in combat.

In preparation for work or battle, both men and women would be told to “gird their loins.” This meant to raise their “Dresses,” pull the length between their legs, and tie the excess around their waist like a belt, which embodied the first meaning of the term meaning to “circle the waist like a girdle or belt.” When the style of dress changed, the term came to mean more generally to prepare for battle or conflict based on the actions of the people in Biblical times doing the above to prepare for battle or work.

A discussion between two sisters.

Alternatives to “Gird Your Loins”

Idioms are often figurative phrases that have several alternative ways to express them. Some of the alternative expressions that you could use in place of the phrase “gird your loins” include:

What Is “Gird Your Loins”? | Picture 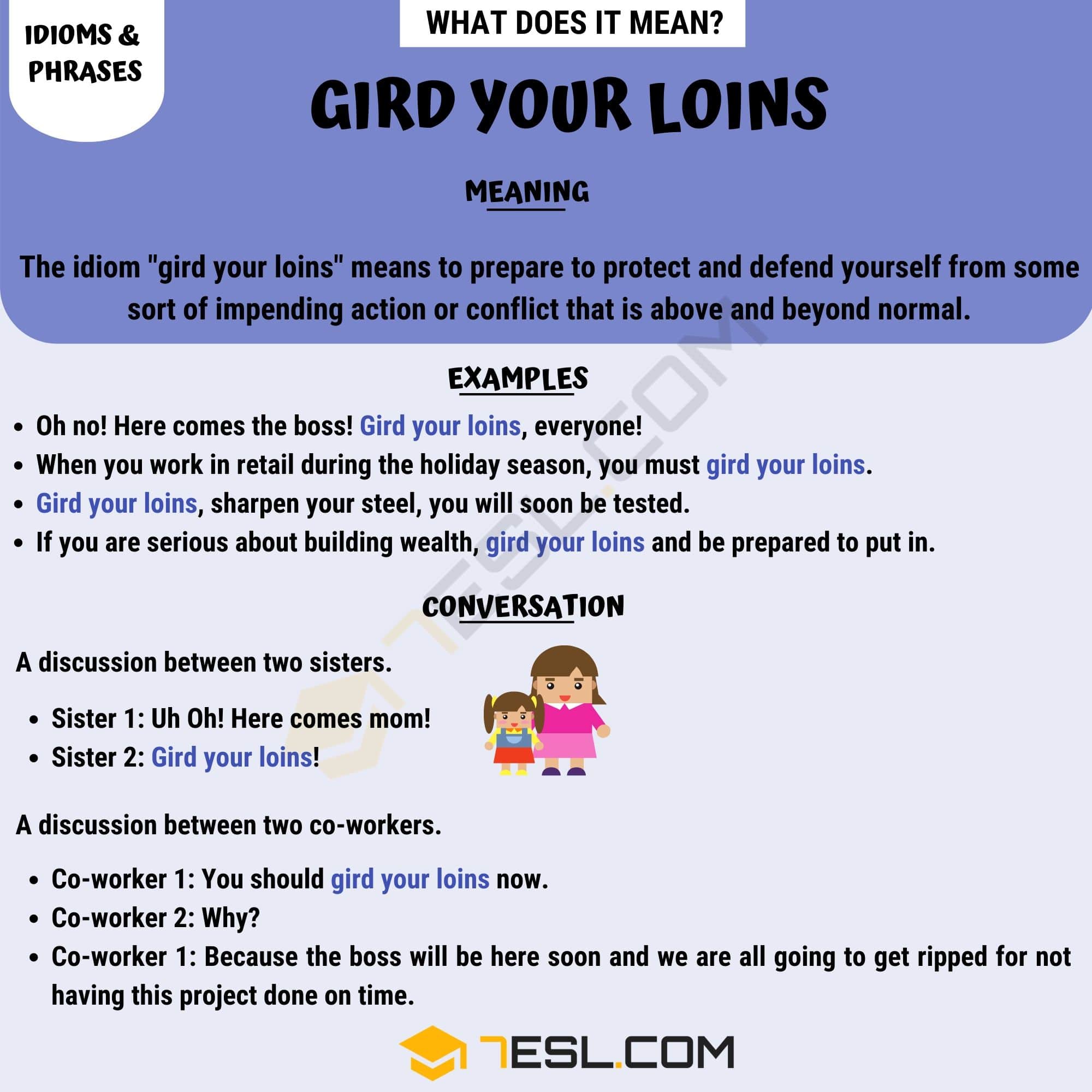