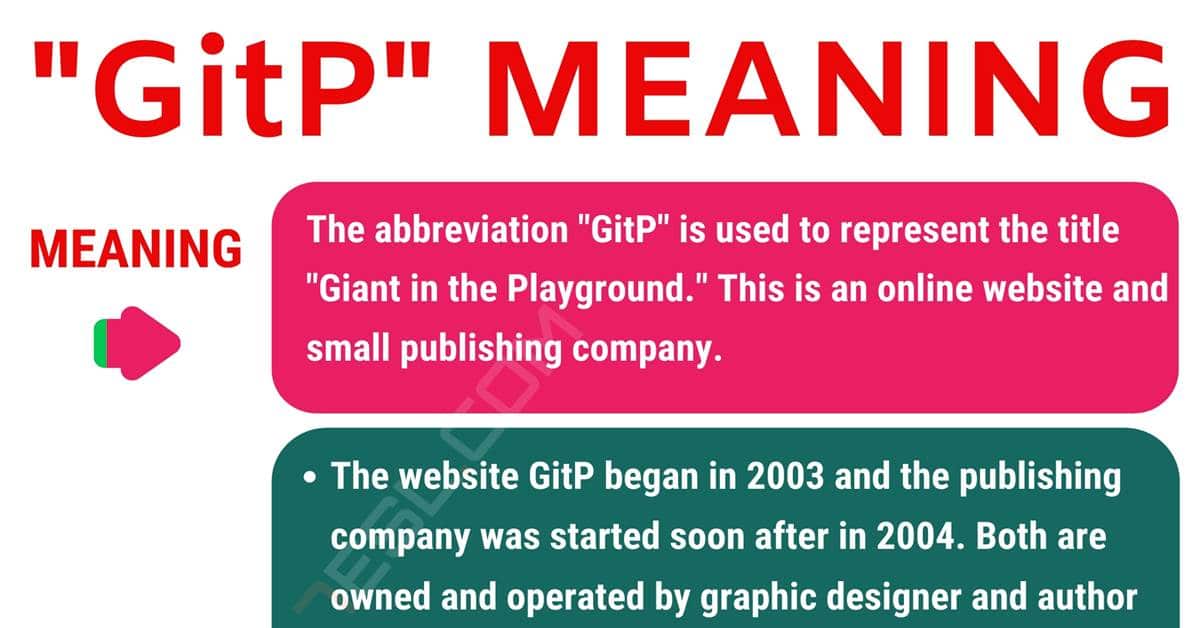 What Does GitP Mean?

The abbreviation “GitP” is used to represent the title “Giant in the Playground.” This is an online website and a small publishing company.

The website GitP began in 2003 and the publishing company was started soon after in 2004. Both are owned and operated by graphic designer and author Rich Burlew. In 2002, the company that owns the well-known game Dungeons & Dragons released a new set of rules for a new area of play. The new rules required the use of multiple miniature pieces and instead of purchasing the pieces required, Rich Burlew used his experience in graphic design to make his own from stick figure representations. The company that owned D&D hosted a contest to choose a world designed by outside players of the game. Rich Burlew entered this contest but lost. However, representatives from the company asked him to write a rule book detailing how players were to combat with the monsters in the new world that was chosen. The site was created to do this and since then Rich Burlew has been writing rules and also used the opportunity to create his webcomic series The Order of the Stick which increased in popularity throughout 2004. Due to the popularity of the webcomic, Burlew announced that he would be publishing the series in actual print which lead to the creation of his small publishing company sharing the same name as his online site. The name was chosen based on Burlew’s own name that he used when playing D&D.

Currently, there are no other meanings available for the abbreviation “GitP.”

There are ways that you could use phrases to replace “GitP” in conversation, but the only ways you could do this include: 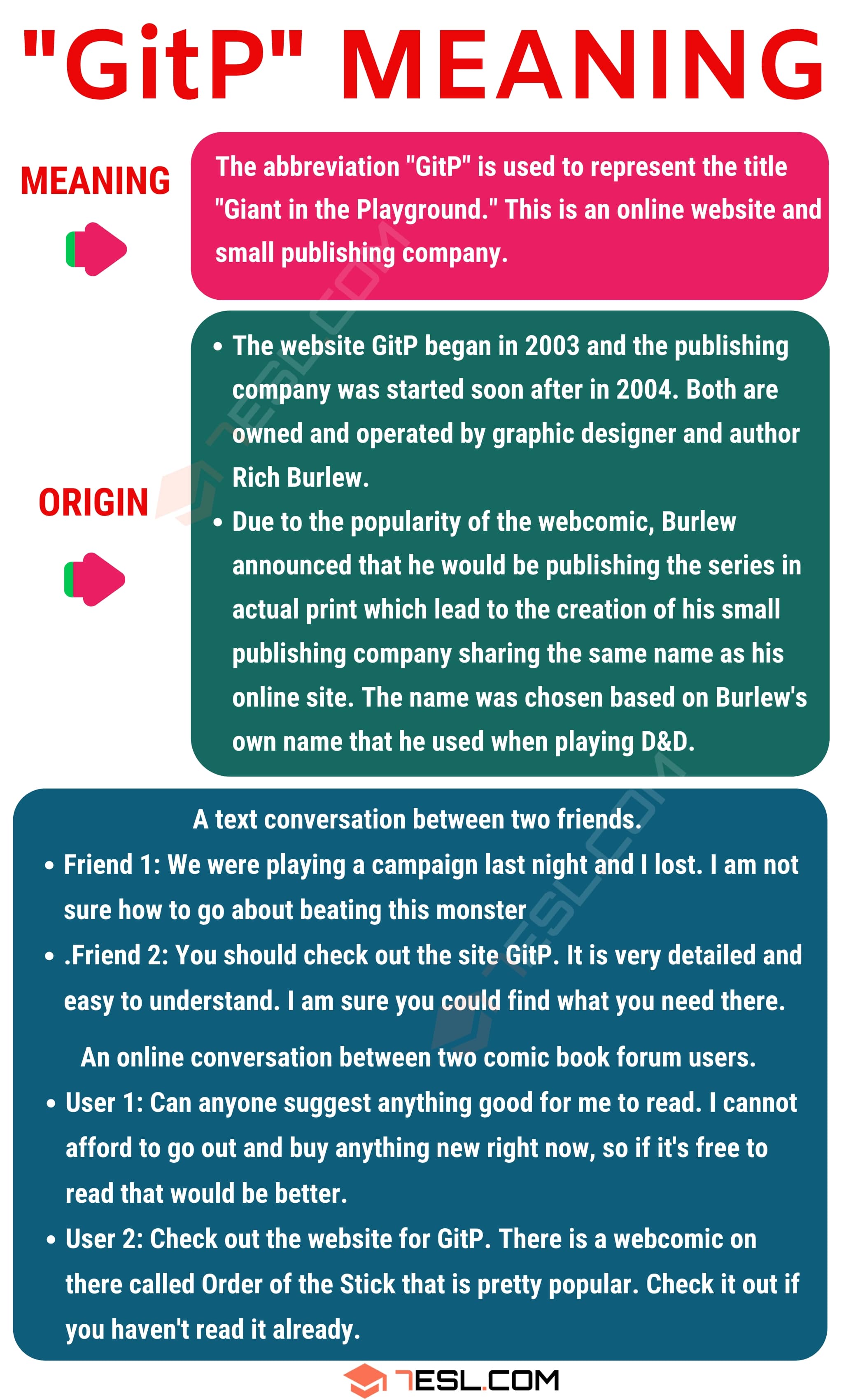