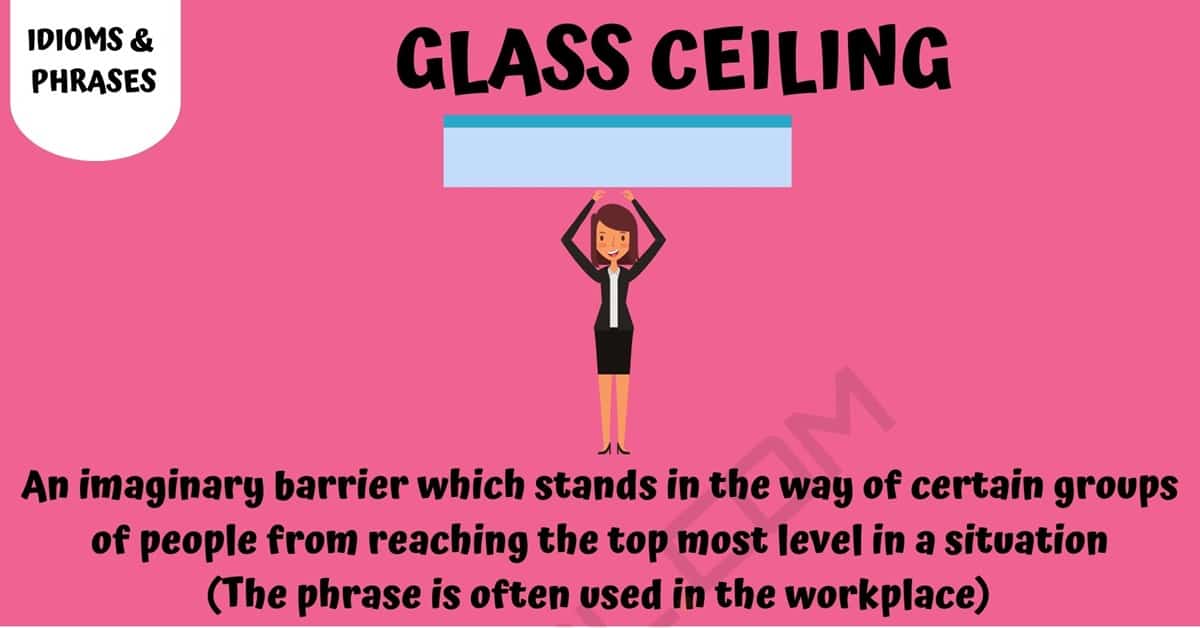 Have you ever heard someone use the term ‘glass ceiling’ in an English conversation? What does this term mean and how can we use it in our day to day conversations? We will look into the answers to these questions as well as looking at the history of the phrase and where it came from in the first place.

The term ‘glass ceiling’ refers to an imaginary barrier that stands in the way of certain groups of people from reaching the topmost level in a situation. The phrase is often used in the workplace.

The idiom ‘glass ceiling’ was first coined in a book from 1984 and referenced the fact that women were not able to achieve certain things in a male-dominated business place. The term was used regularly by feminists who wanted equality at work for women.

This statement is made about the marriage rights of gay people.

If you are curious to know how the term ‘glass ceiling’ fits into a conversation, here are some examples to show you how the term would sound.

Conversation number one is made between two friends discussing women’s rights at work.

A conversation between two people regarding actors and their races.

There are many other ways to talk about the meaning of the term ‘glass ceiling.’ Some examples of this might be as follows.

What Does “Glass Ceiling” Mean? | Image 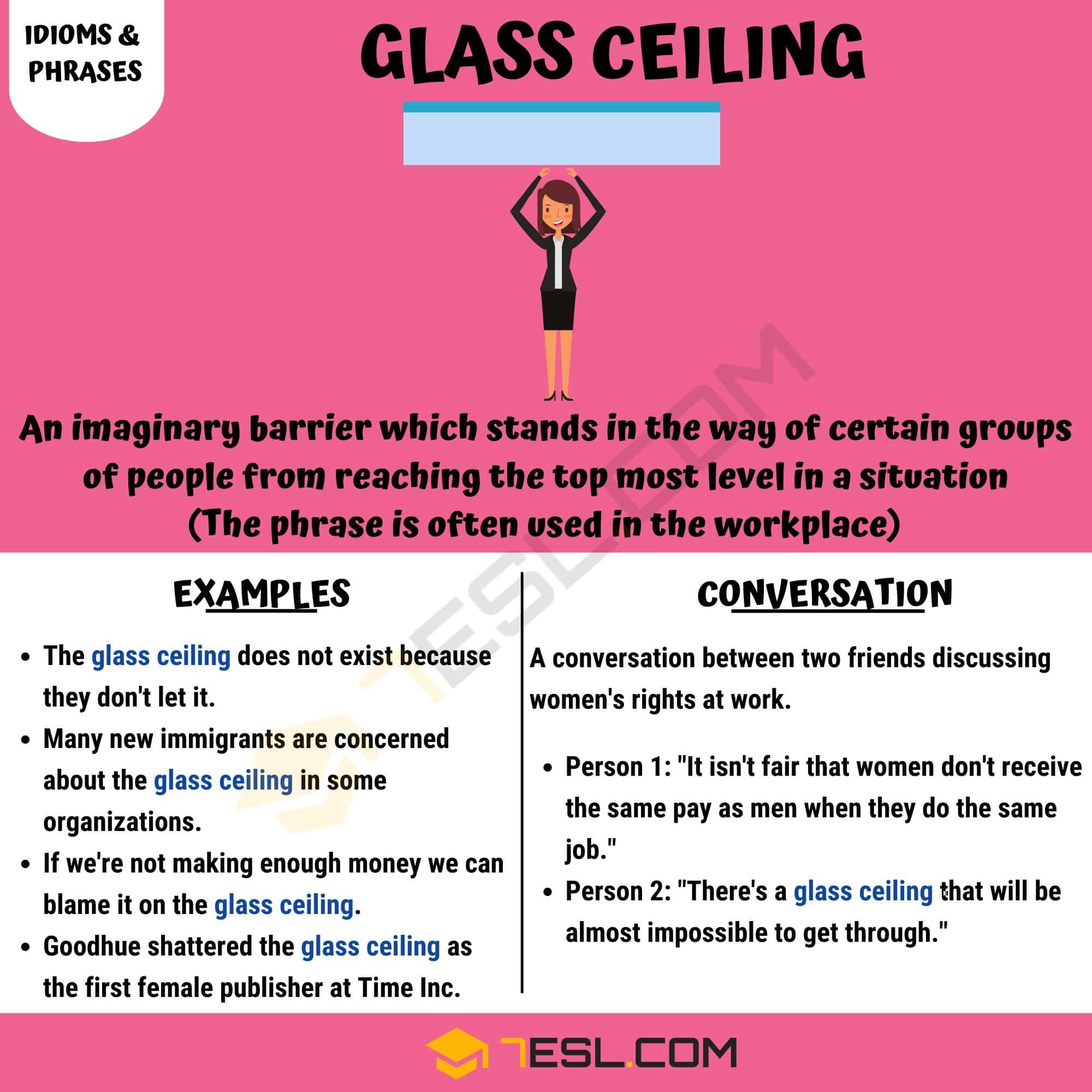