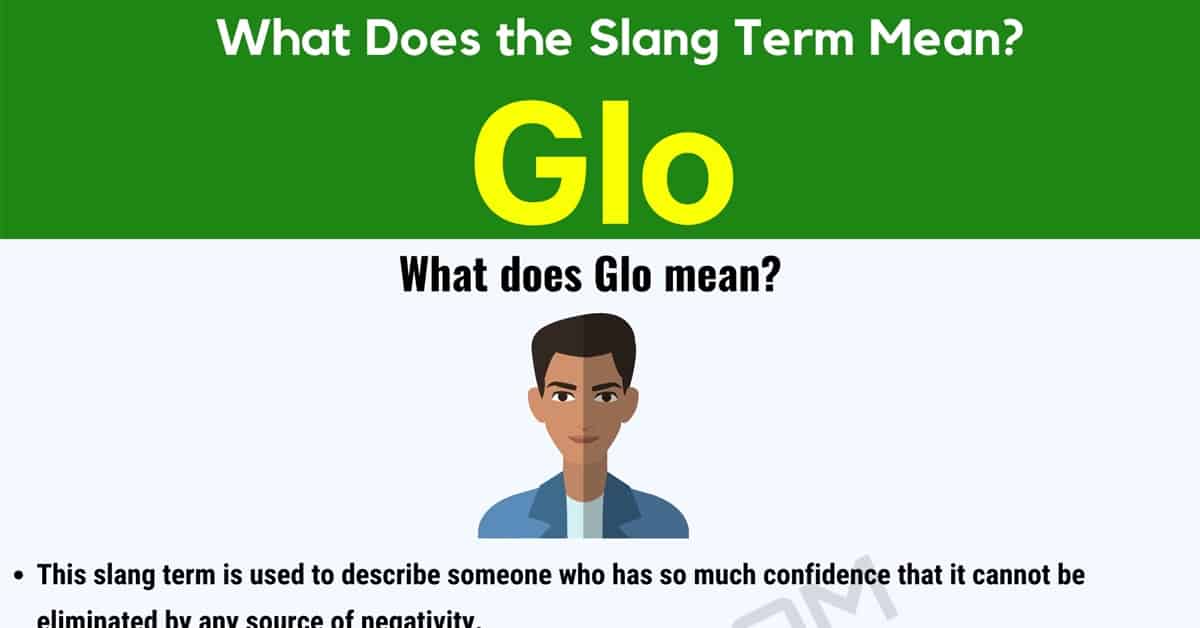 The slang term “glo” can be used as an acronym, but it is most often used as a standalone term. If you have seen this term being used and came here because you were wondering its meaning, then you have arrived in the right location.

Below, you will find the meaning of this term, details of its origin if there are any that can be found, and some alternative meanings. Conversation examples are also provided so you can see how the term is used in context and hopefully gain more of an understanding of its meaning. Finally, you will see some synonymous phrases that can be used in place of this term which share a similar meaning.

What Does Glo Mean?

This slang term is used to describe someone who has so much confidence that it cannot be eliminated by any source of negativity.

There are no specific details that can be found regarding the first usage of this term in the meaning described above.

This term is also the name of a telecommunications service in Nigeria. It is used as an abbreviation for the entire name the company which is Globacom Limited. The term can also be used as an acronym to represent random phrases and official titles such as “General Land Office,” “good looking out,” “Global Learning Objects,” “Global Life Observatory,” and “Gunnery Liaison Officer.” This is not an all-inclusive list as there are simply too many to list all the representations here. 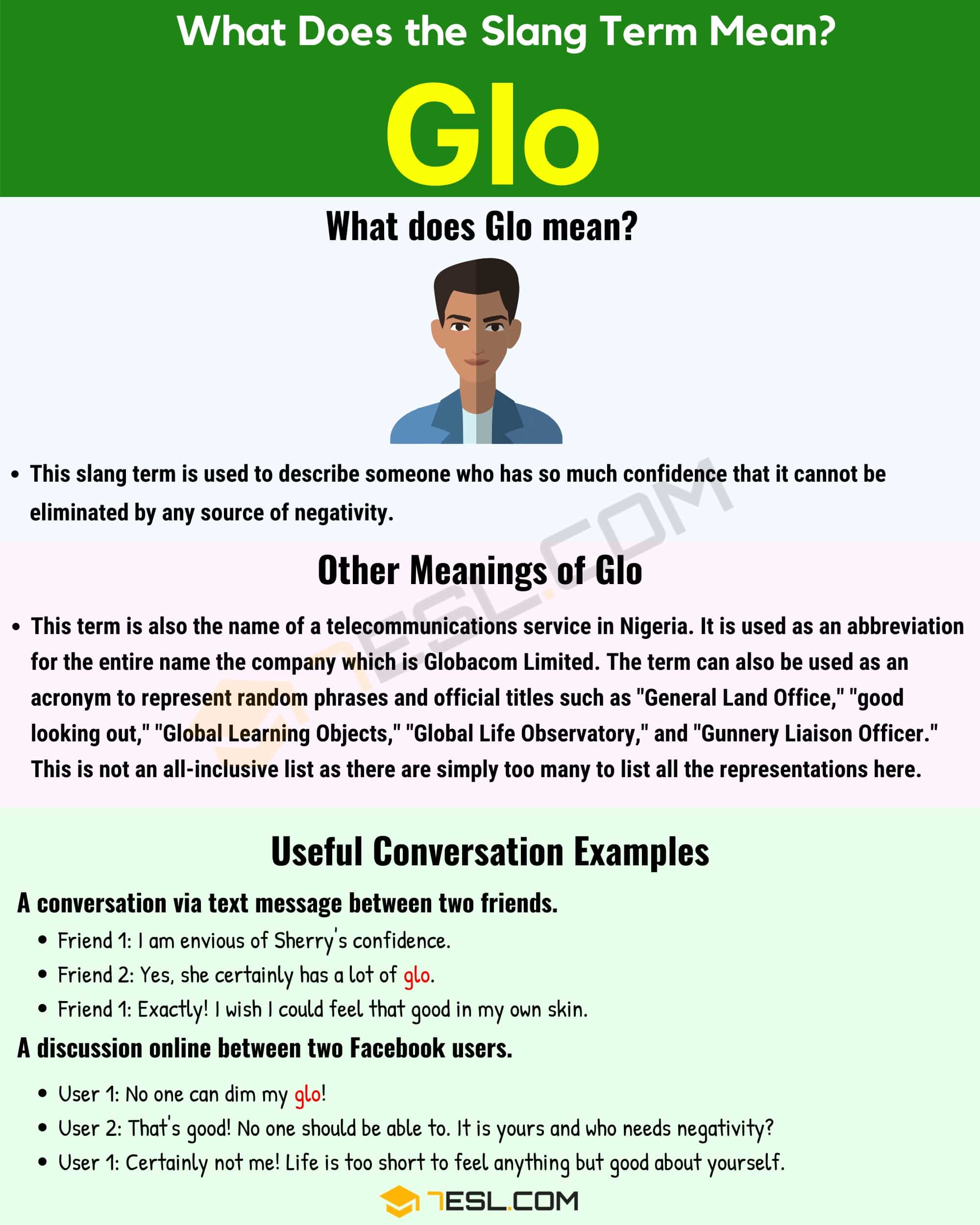 If one were to understand the business (and the Government) world – “GLO” is one of the top “official” acronyms used for global (and it is used globally).
“GLOW” actually refers to what you are referring to “…as has a lot of glow”. Please stop misleading & confusing people – thank you.