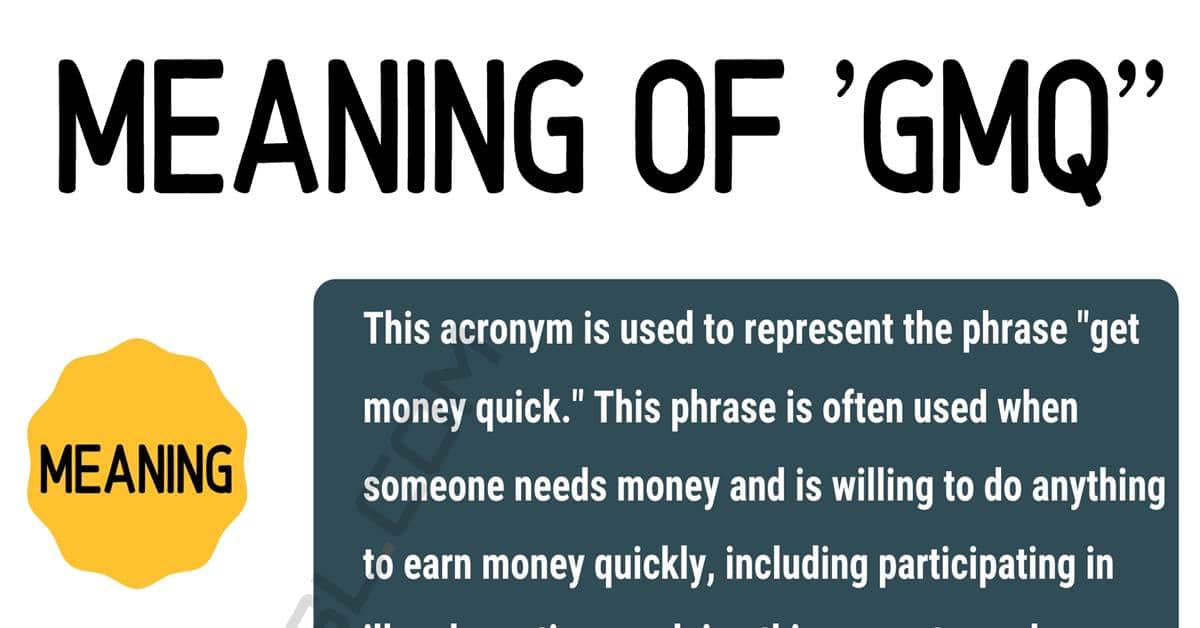 The slang acronym “GMQ” can be seen used online typically by the younger generation. If you have seen this acronym being used and were left wondering what it meant, then you have come to the right place. Here you will not only find the meaning of this term, but you will also find information about its origin along with some other meanings this acronym could be defined as. You will also see some example conversations showcasing this term to help you gain an even deeper understanding of the term by seeing it used in context. Finally, you will find some synonymous words or phrases that you could also use to convey the same meaning.

This acronym is used to represent the phrase “get money quick.” This phrase is often used when someone needs money and is willing to do anything to earn money quickly, including participating in illegal practices or doing things most people wouldn’t do in the hopes of making some money fast.

There is no origin information available for this acronym or the phrase that it represents.

There are several other ways to say the phrase that this acronym represents. Some of the other phrases you could use to mean the same thing include: make money fast, earn money quickly, fast money 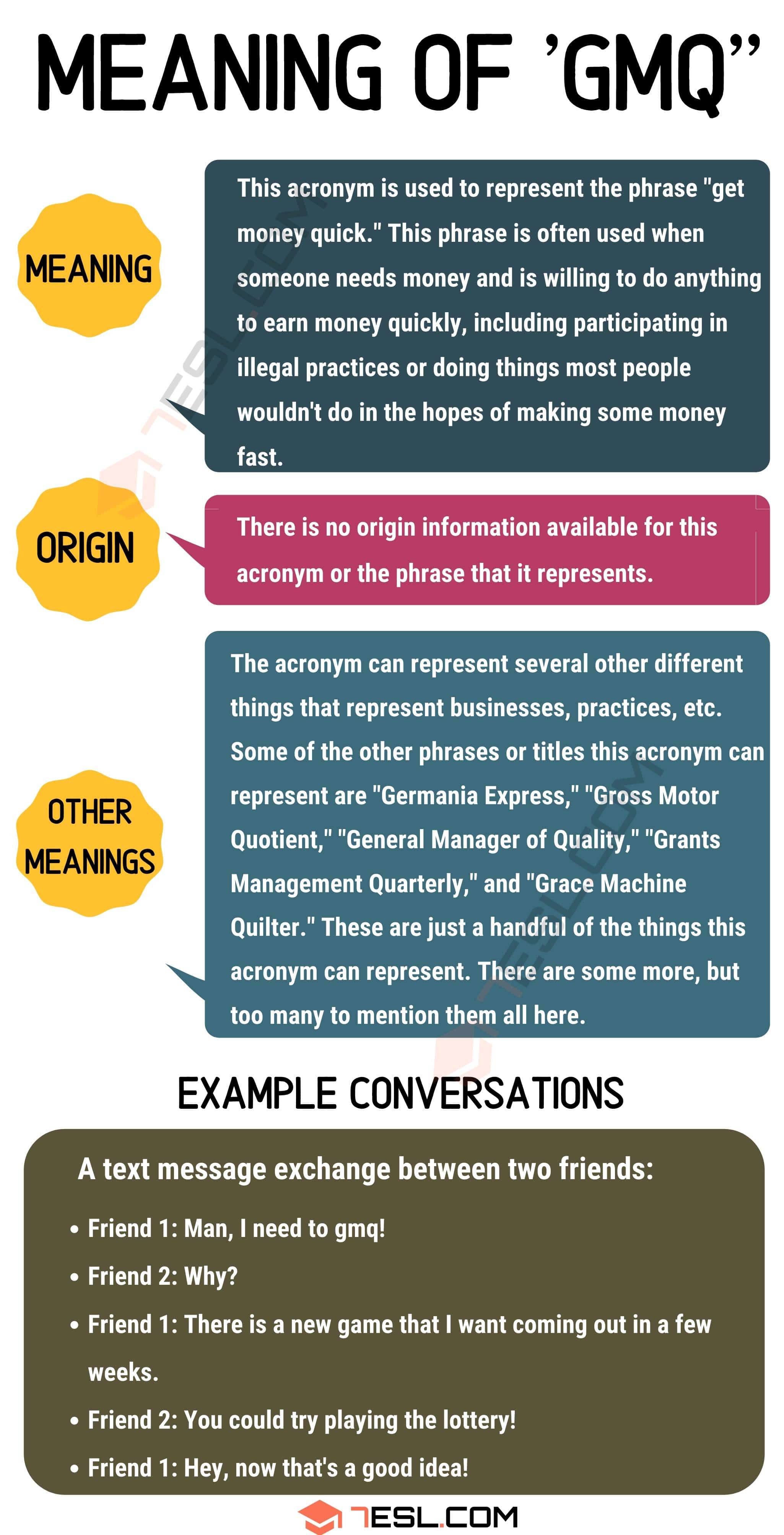