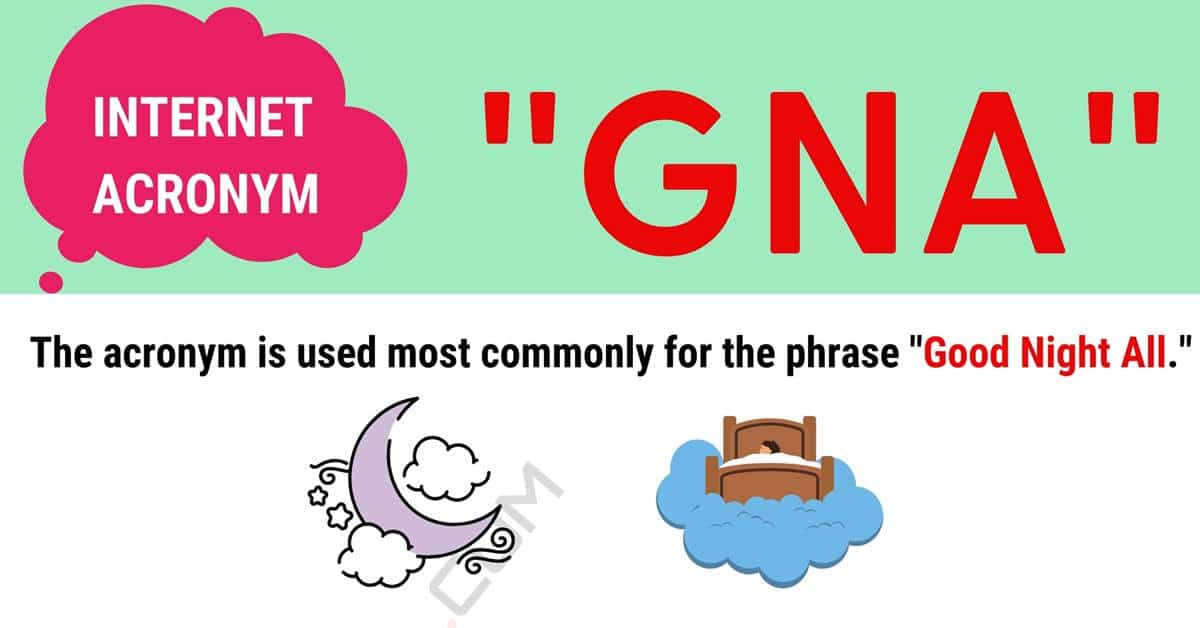 The acronym “GNA” is associated with a phrase that nearly everyone uses at least once daily. Within this article you will find the meaning of this acronym, some details about where and when it began being used, and see some alternate meanings. Some example conversations featuring this phrase and its proper usage are also presented to aid you in a more thorough understanding of the term. In conclusion you will discover some other terms anyone can use in place of this term during a conversation.

What Does GNA Mean?

The acronym is used most commonly for the phrase “good night all.” It is frequently used online and in text messaging when someone is signing off for the night and going to sleep. It is another way of saying goodbye.

Very litter details can be located regarding the phrase “good night all” or the acronym here that represents it. However, the phrase “good night” has been said for many years, first appearing in the writings of Chaucer. The use of “good” instead of “better” or “best” became the most used and recognized way of saying this phrase throughout the years because the superlatives of the word “good” imply other meanings. Since it was already a phrase in common usage when the internet and text messaging were developed, the acronym began being used as a quicker, easier, and more convenient way to relate this message rather than typing it out.

There are some other titles and phrases that are represented by this particular acronym. Depending on the context the acronym is being used in, it can also represent “Google News Alert,” “Good Neighbor Award,” “Global Names Architecture,” “Grand National Alliance.” and “Geriatric Nursing Assistant.” These are just a few examples. A short search of the internet will reveal even more, but there are simply too many to list them all here.

A text message exchange among a group of friends.

A conversation taking place online among a group players on a video game.

Other Ways to Say “GNA” 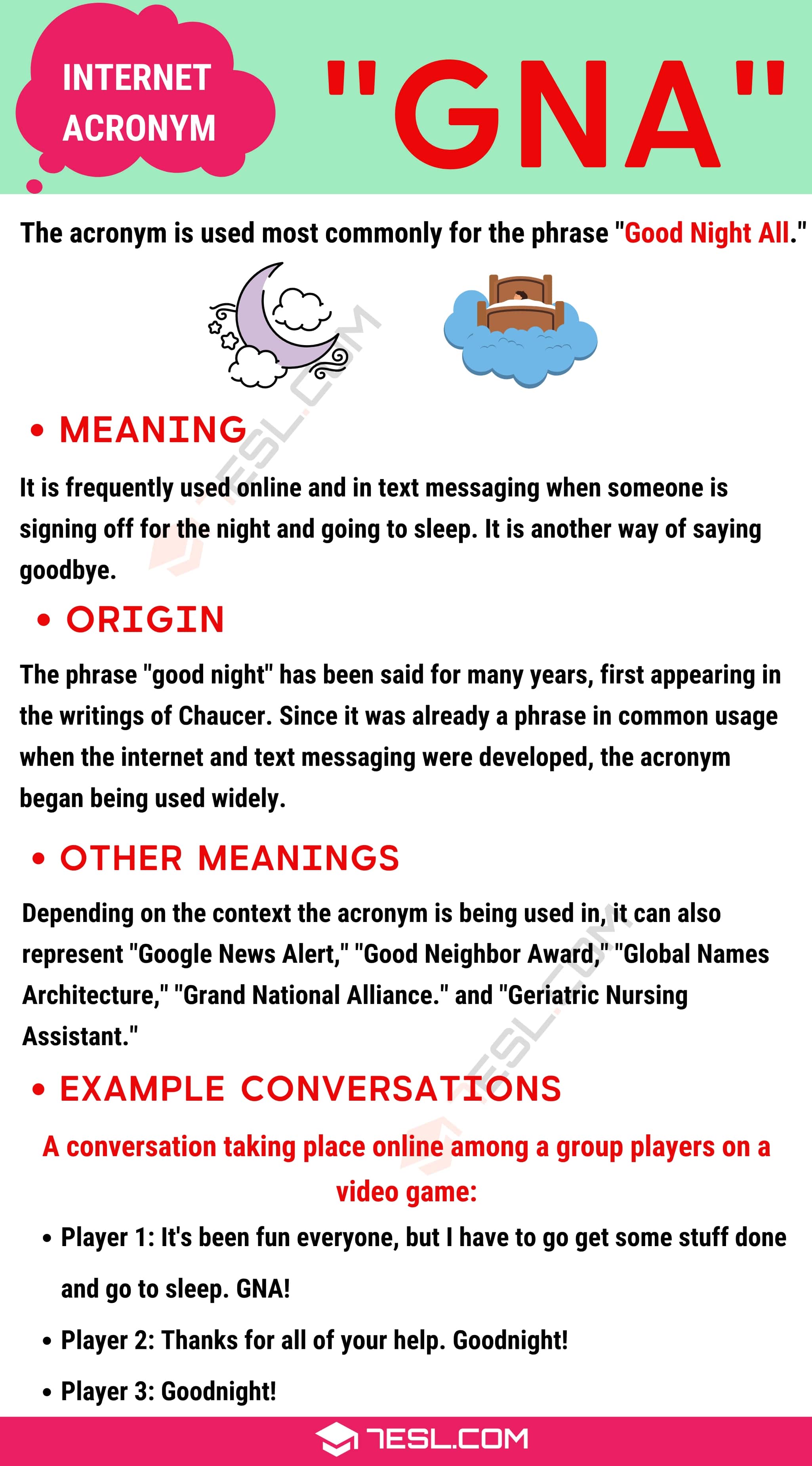