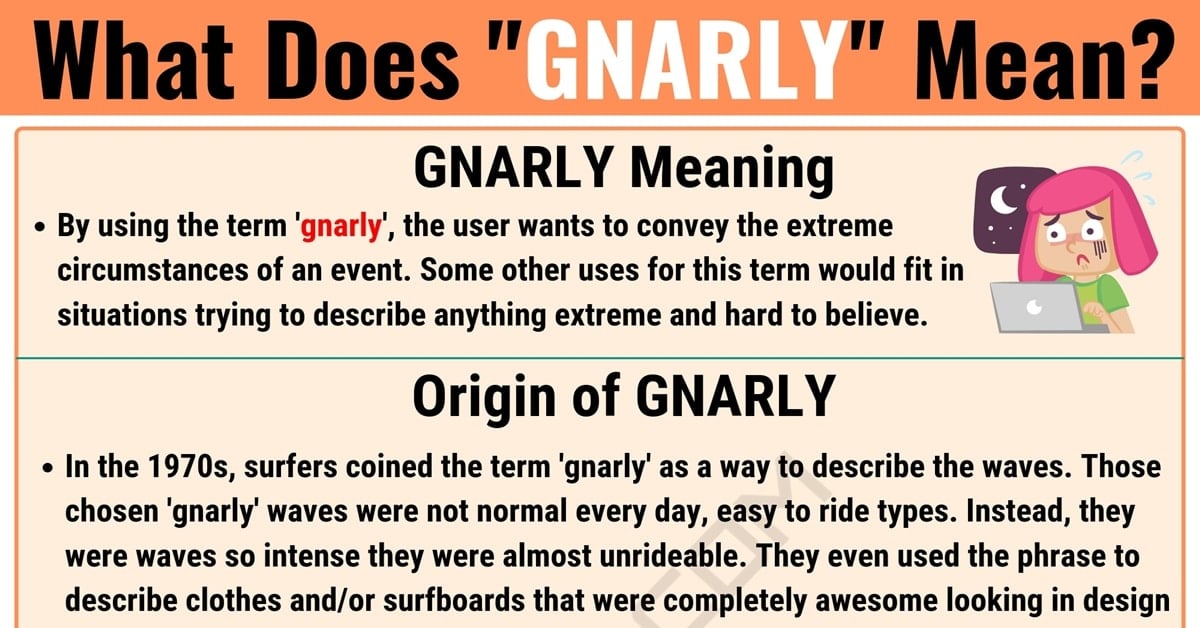 What does Gnarly mean? Find out the definition and usage of the internet slang word with ESL infographic and useful texting conversations in English.

What Does Gnarly Mean?

By using the term ‘gnarly’, the user wants to convey the extreme circumstances of an event. Some other uses for this term would fit in situations trying to describe anything extreme and hard to believe.

In the 1970s, surfers coined the term ‘gnarly’ as a way to describe the waves. Those chosen ‘gnarly’ waves were not normal every day, easy to ride types. Instead, they were waves so intense they were almost unrideable. They even used the phrase to describe clothes and/or surfboards that were completely awesome looking in design and style.

Ways you will hear the internet slang term used.

Here is a simple conversation between friends and how growing up seems to keep them busy where one missed some awesome surfing days because he had to work yet another weekend.

Now a girl tells a guy how she likes his necklace and he gets the chance to explain where he got it from and how much fun the trip was.

Now a couple of guys having a conversation about one hanging out with his girlfriend and her parents, after telling the other guy he actually had a blast his friend uses ‘gnarly’ to explain how he thinks that is awesome. 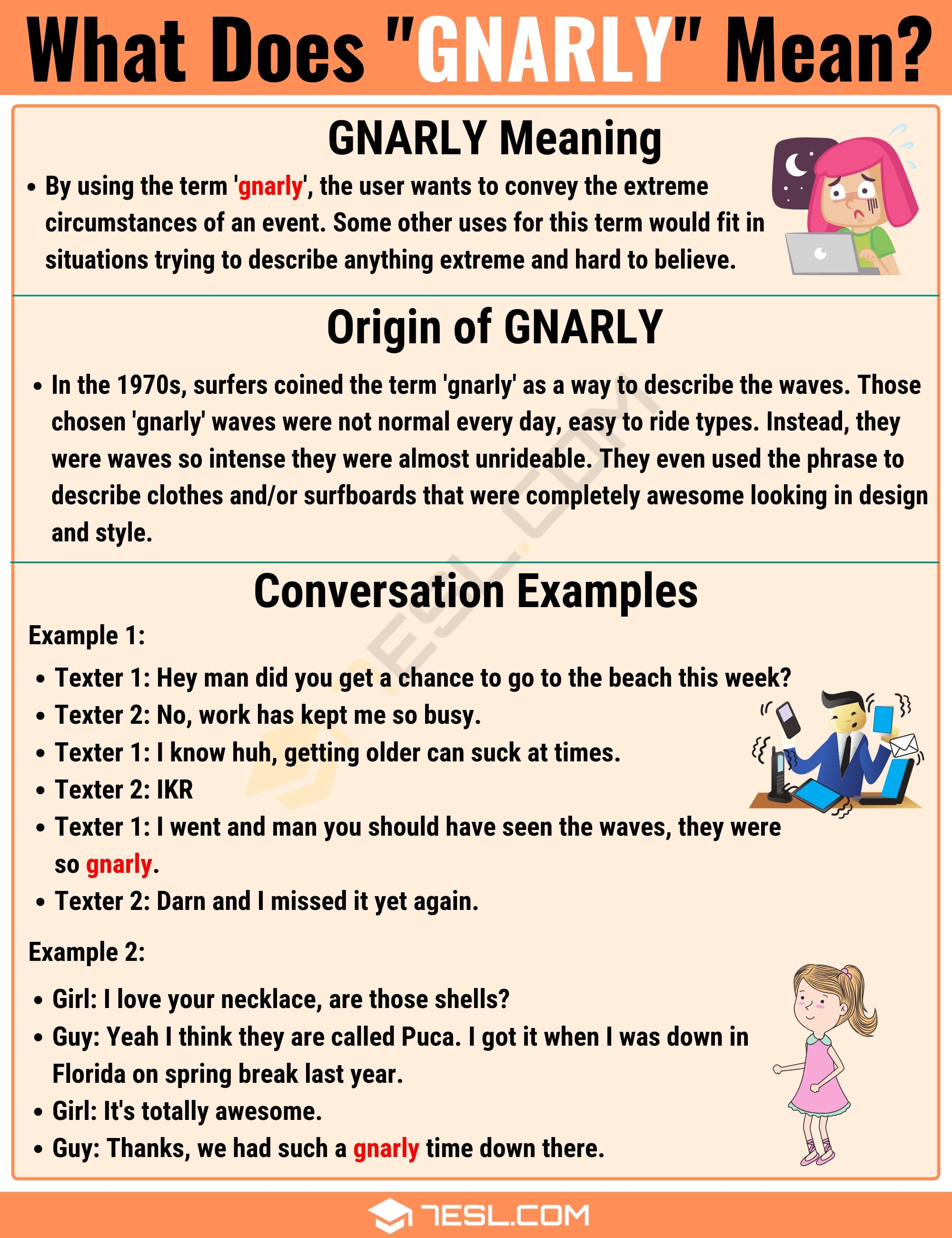