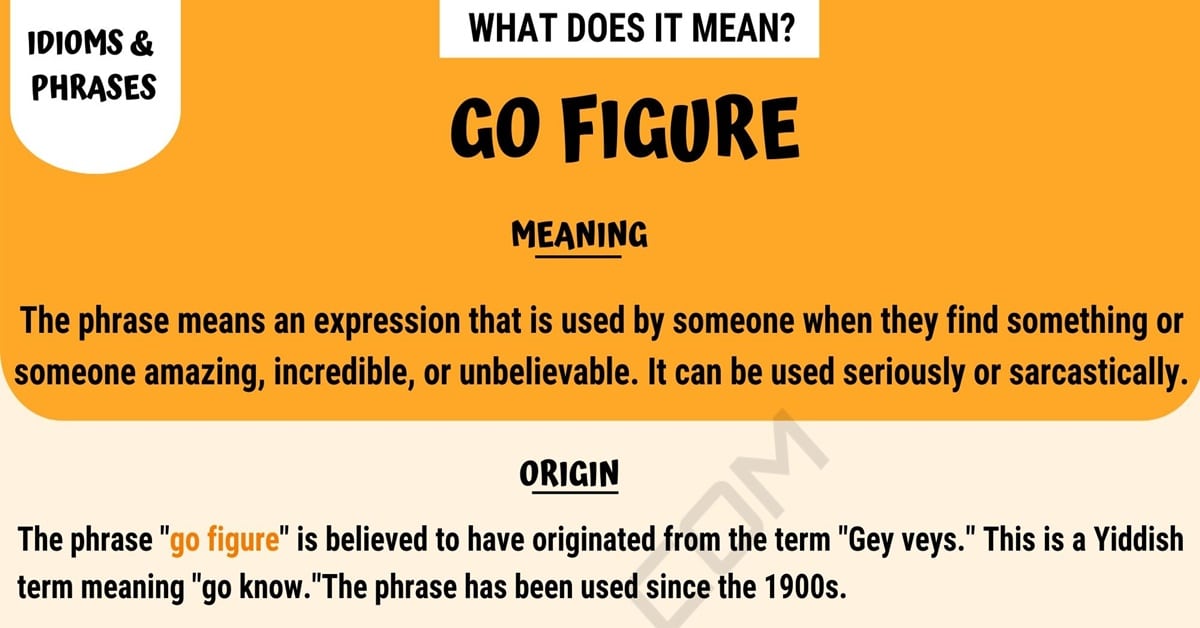 Probably one of the most well-known phrases in American speech and conversation is the phrase “go figure.” Although some people who don’t understand this term might take it literally, it doesn’t mean what you think. However, you’re in luck if you’re lost wondering what this phrase does mean. Here you can find all the information you need to know so the next time you hear or see the phrase you will know exactly what someone is talking about. You will discover its meaning, its origin, see it used in some example sentences and conversations, and learn some alternative ways to say the same thing in different words or phrases.

The phrase “go figure” means an expression that is used by someone when they find something or someone amazing, incredible, or unbelievable. It can be used seriously or sarcastically.

The phrase “go figure” is believed to have originated from the term “Gey veys.” This is a Yiddish term meaning “go know.”The phrase has been used since the 1900s.

There are several words or phrases that you can use as a substitute for “go figure” in conversation. Some of the alternatives you could use include: 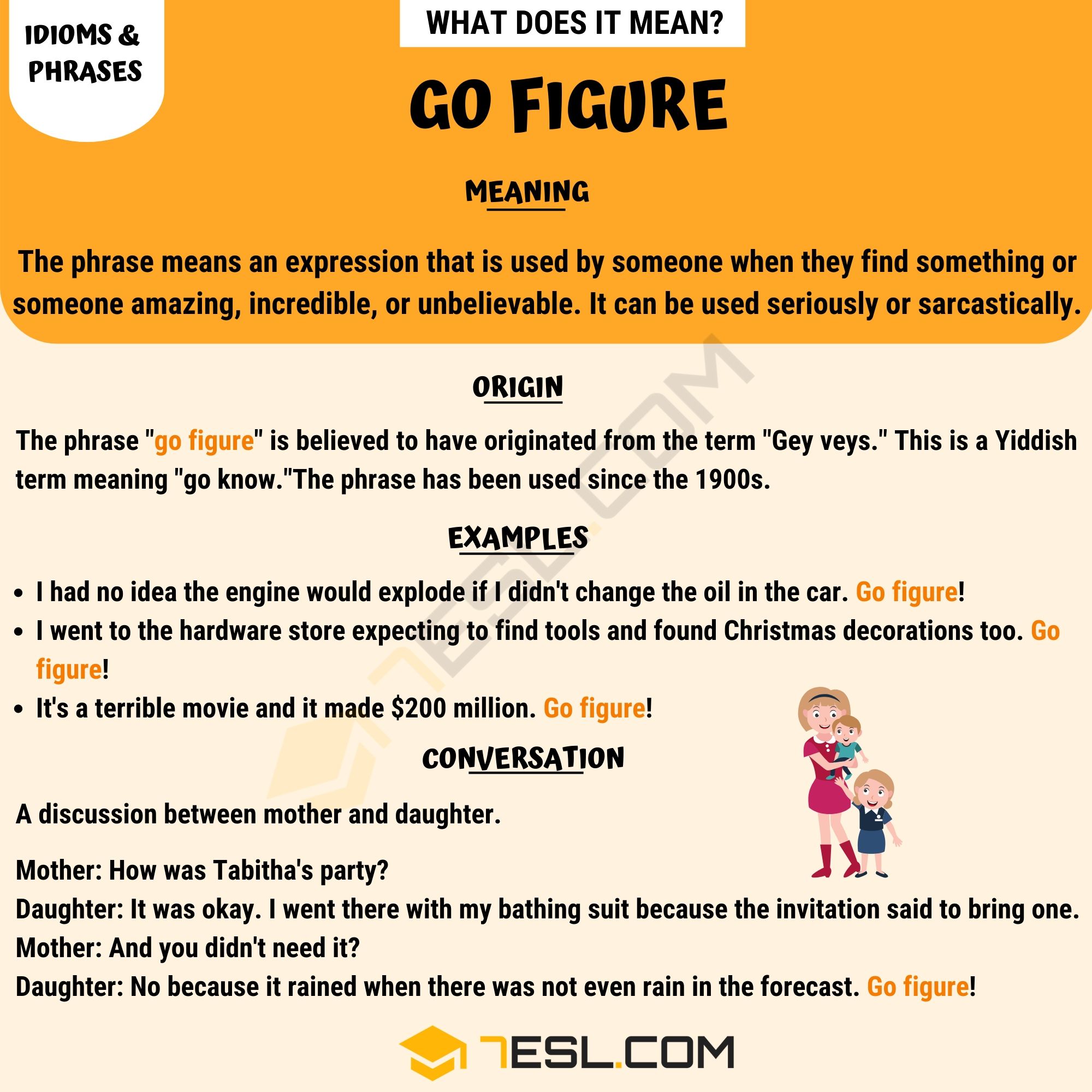