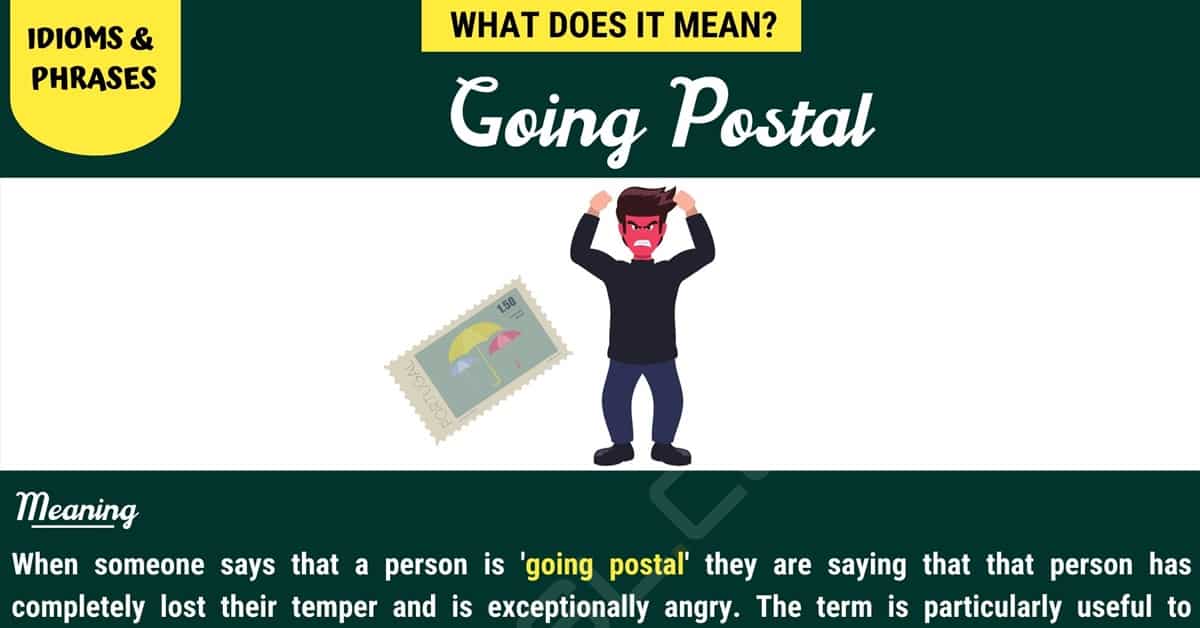 Have you ever heard someone use the term ‘going postal’ and wondered what they were referring to? We are going to look at the meaning of this saying and where it came from. We will also take a look at how we can use the saying in a conversation.

When someone says that a person is ‘going postal’ they are saying that that person has completely lost their temper and is exceptionally angry. The term is particularly useful to describe a violent outburst of anger.

A statement to show how angry someone is.

This statement is from a news report.

You may be wondering how the phrase ‘going postal’ might fit into a conversation. Here are some examples of people using the term to describe someone who is incredibly angry.

The first conversation is between two colleagues.

This conversation happens between two friends, one of whom is getting angry.

There are many other ways in which you can describe this term.

Here are some examples of things you might say.

What Does “Going Postal” Mean? | Picture 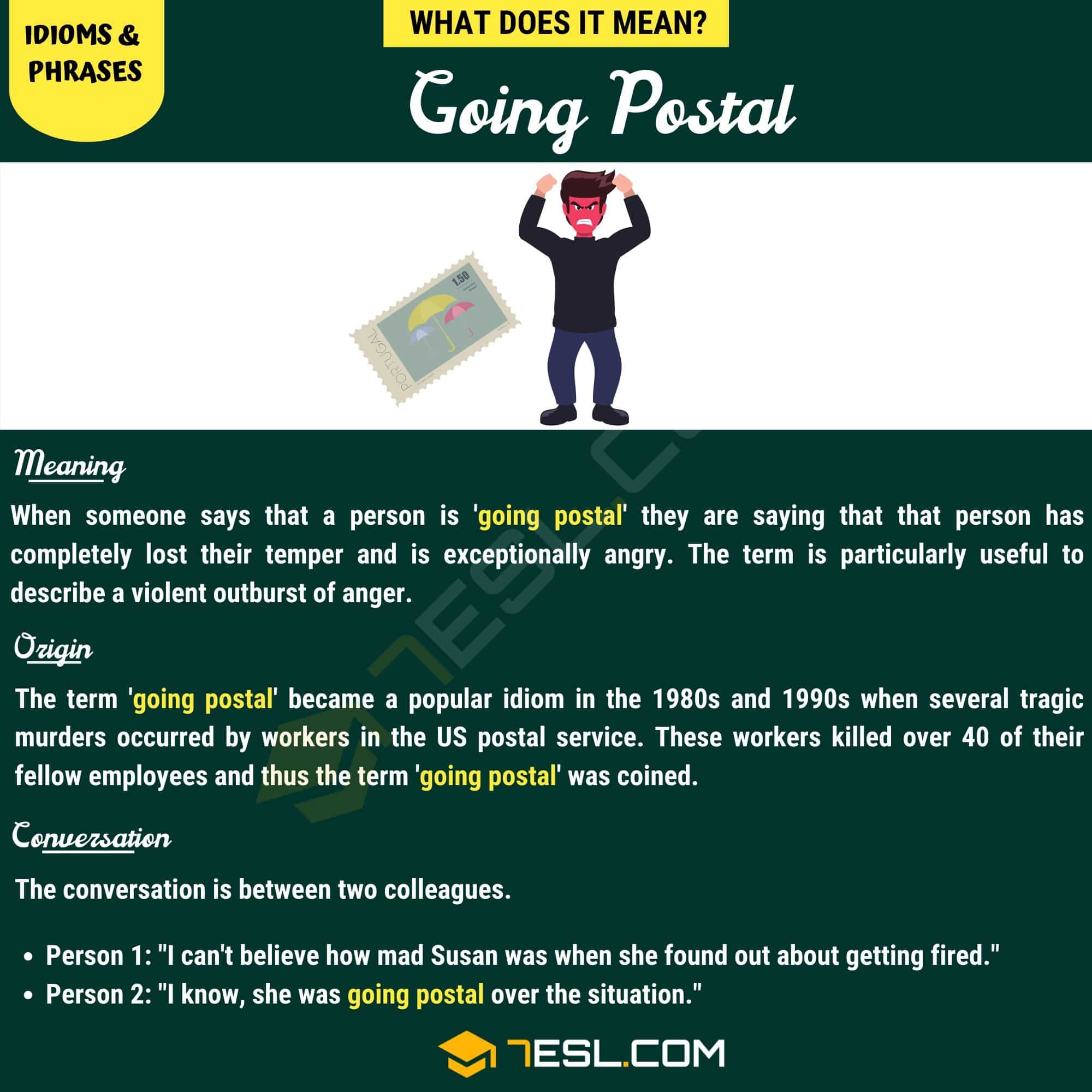