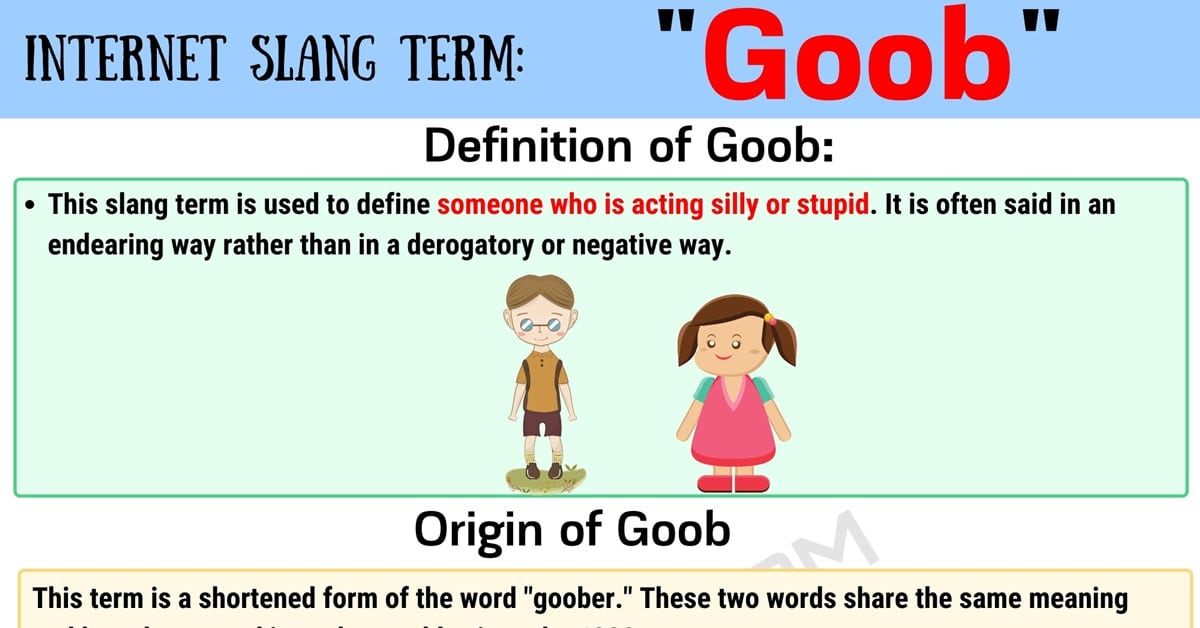 The slang term “goob” is generally used to call someone a name but in a loving and endearing type of way. Odds are you heard or seen this phrase somewhere being used and have arrived here because you wondered what it meant. Fortunately, you have come to the right place. Below, you will find the meaning of this term, information regarding its origin, and some optional meanings.

You will also see some example conversations featuring this word used in the correct context to help you gain a better understanding of the term. To sum up the article, you will discover some other words or phrases that are synonymous with this term and can be used interchangeably without changing its initial meaning.

What Does Goob Mean?

This slang term is used to define someone who is acting silly or stupid. It is often said in an endearing way rather than in a derogatory or negative way.

This term is a shortened form of the word “goober.” These two words share the same meaning and have been used interchangeably since the 1980s.

This term can also have different meanings. Some say the term is a nickname for a kiss, a penis, or a pimple. Also, this term was originally used in the 1800s to refer to a peanut.

There are many synonyms that you can use for this term and still maintain the same meaning. Some of the other words you could use in place of this term include: 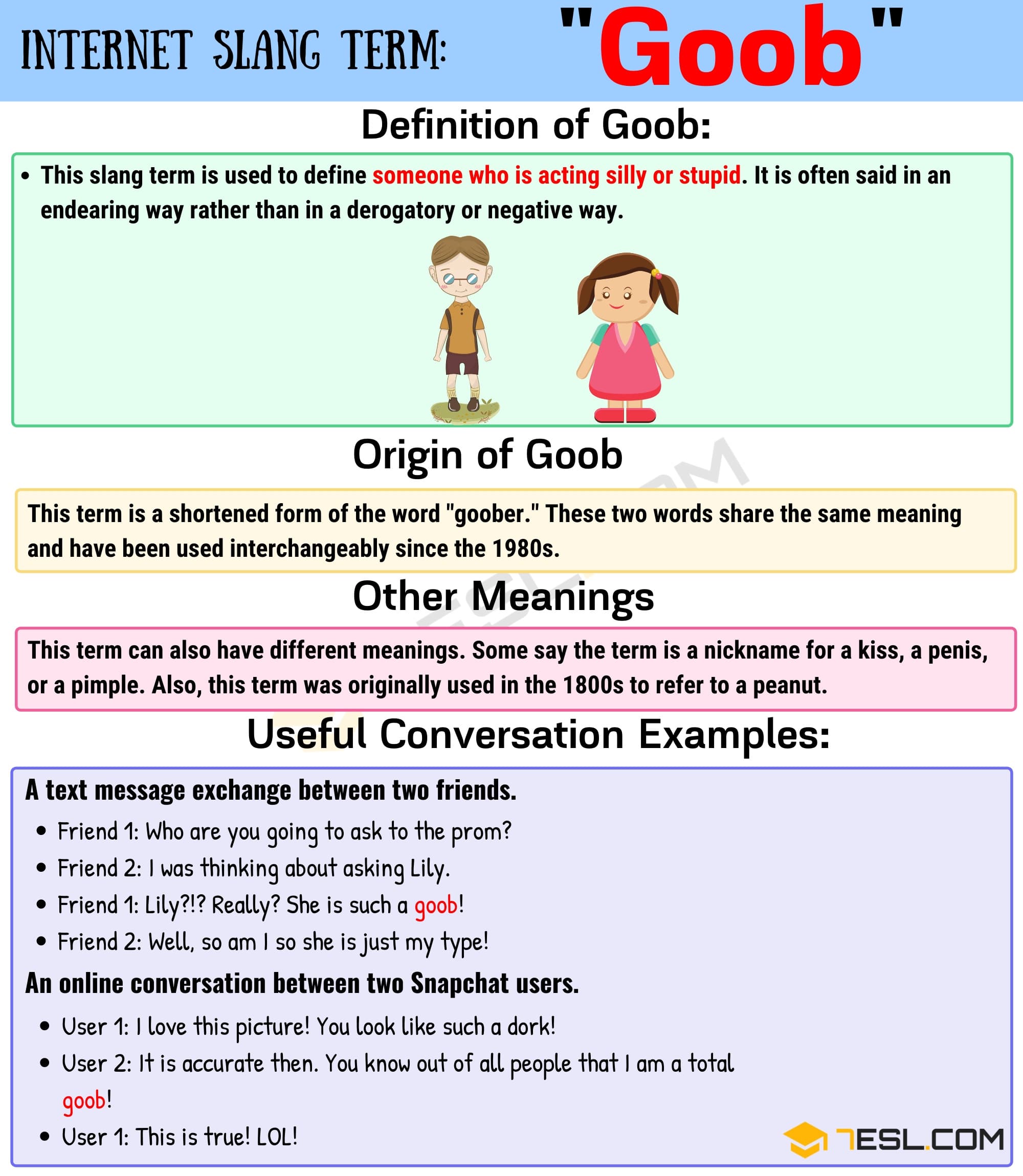