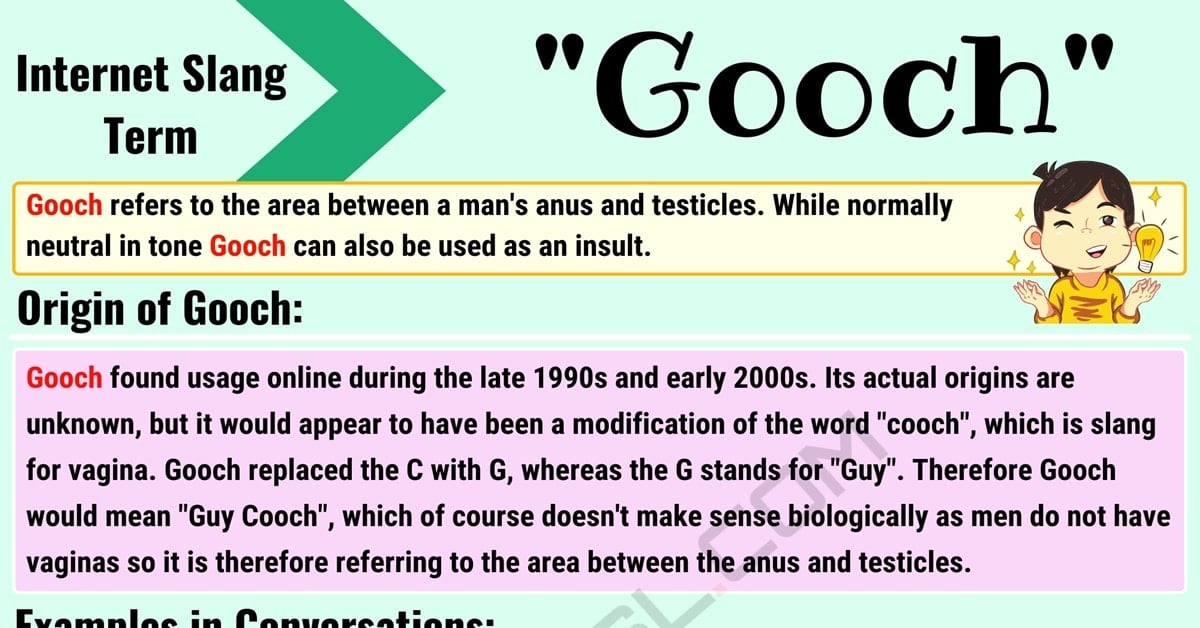 What Does Gooch Mean? A slang for a region of the male body. Learn this internet slang term with ESL picture and conversation examples to enlarge your vocabulary in English.

What Does Gooch Mean?

Gooch refers to the area between a man’s anus and testicles. While normally neutral in tone Gooch can also be used as an insult.

Gooch found usage online during the late 1990s and early 2000s. Its actual origins are unknown, but it would appear to have been a modification of the word “cooch”, which is slang for vagina. Gooch replaced the C with G, whereas the G stands for “Guy”. Therefore Gooch would mean “Guy Cooch”, which of course doesn’t make sense biologically as men do not have vaginas so it is therefore referring to the area between the anus and testicles.

Gooch does not have any other meaning besides referring to the area between a man’s anus and testicles.

Gooch is sometimes spelled as “Goch”, with one O, but this is likely a misspelling. Gooch can be spelled with both an uppercase or lowercase G. 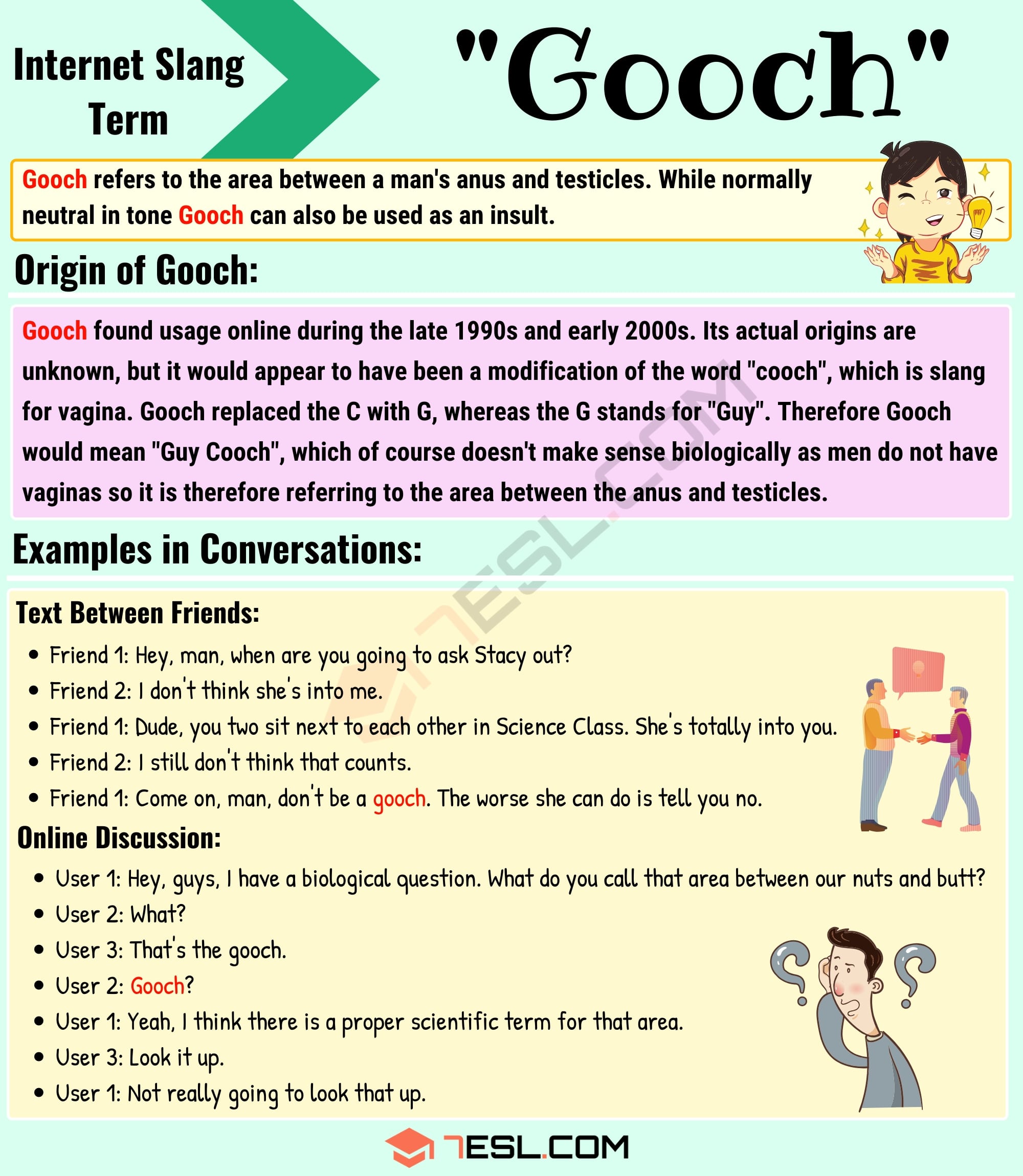 What about getting gooched? As in screwed over?
It has got to come from here and well pre-90s
https://en.wikipedia.org/wiki/Arthur_Gooch_(criminal)

“GOOCH” as in ” what’s in this gooch?” (a food reference), “give it the gooch” (step on the gas), “”dont gooch this up” (a big screw up) was in common usage thru-out the midwest as early as the mid/late ’60s. You guys shouldn’t make such sweeping statements without betr reasearch.