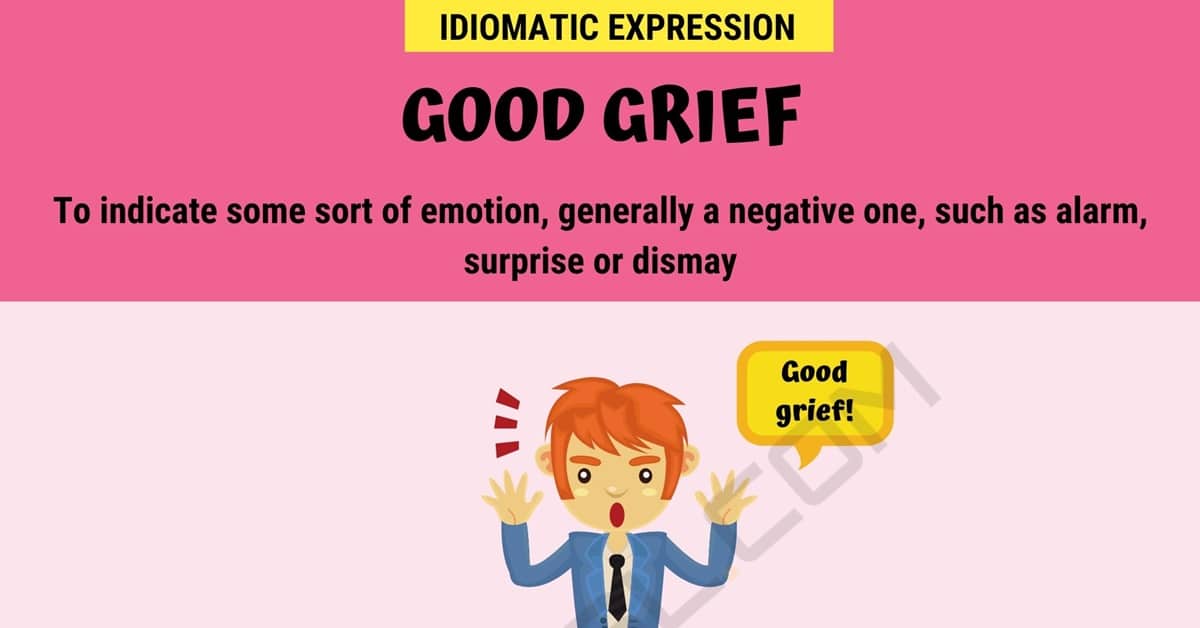 The idiomatic phrase “good grief” may be a phrase you see or hear often in everyday conversation and writing. In the paragraphs following below, the definition of this phrase can be found along with the information regarding its origin. You will also see sample conversations and statements to show you how to properly use this phrase as a part of everyday communication and you will discover other ways you can say the phrase while still conveying the same meaning.

The idiomatic phrase “good grief” is used as an expression to indicate some sort of emotion, generally a negative one, such as alarm, surprise or dismay.

The idiom “good grief” began with the origin of the phrase “good God,” which first appeared during the 1600s. The first word used as a replacement created the phrase “good lack,” in which the word “lack” means grief. Since this time the word “God” has been replaced with several different words to make up similar expressions.

The oldest known use of “good grief” most likely occurred sometime between 1898 and 1905 when it was defined in the Oxford English Dictionary, but the earliest known use in writing is in a 1915 article in the magazine Good Housekeeping. This expression has been one used widely since and is commonly beard by children at least once yearly by the animated character Charlie Brown.

A statement made by a celebrity during an interview on a podcast when asked about their childhood.

A conversation between a mother and a daughter.

Alternative ways you can say this phrase include: 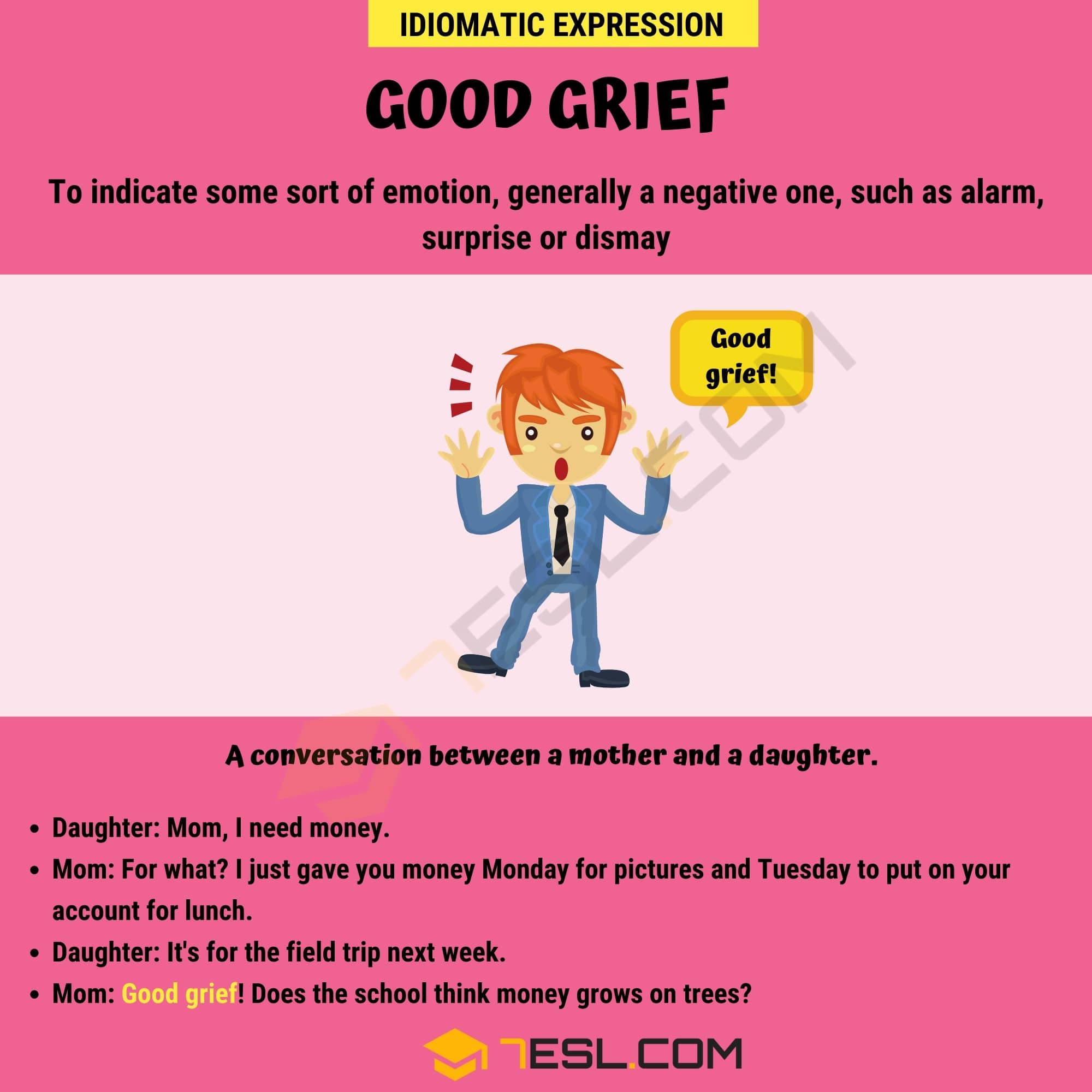