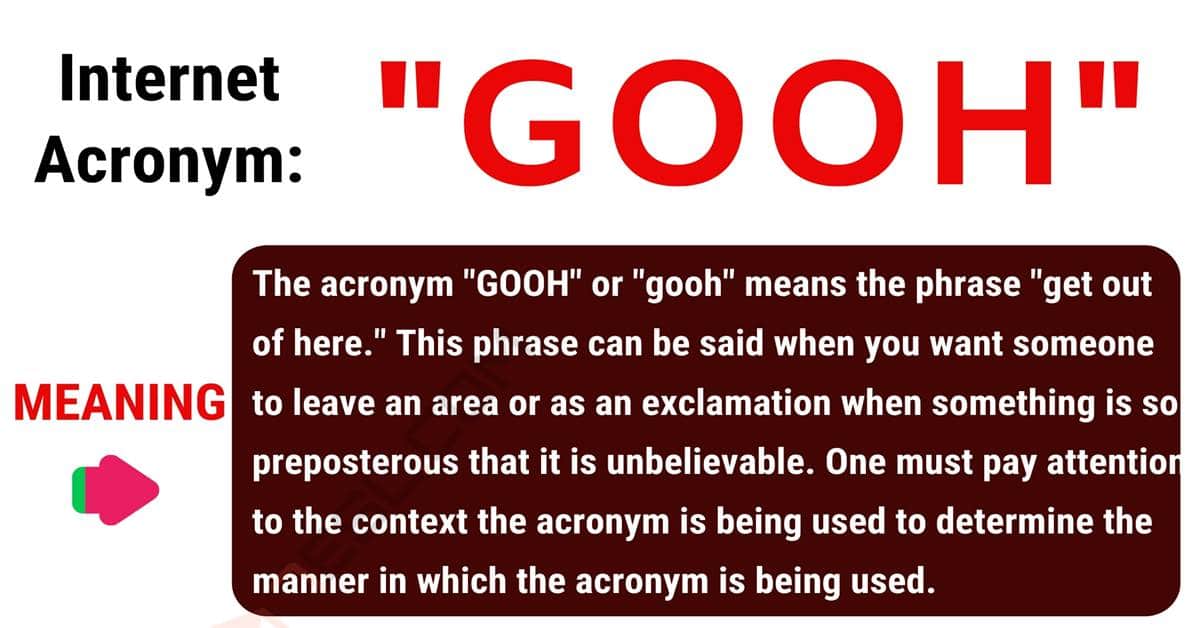 The origin of the acronym “gooh” is associated with the origin of the phrase it represents, “get out of here.” There are several possibilities for the origin of this phrase, from the game of baseball to the stage of Vaudeville. Frankly, no one is quite certain on its exact beginnings. Sometime after the popularity of online communications and texting exchanges, a lot of the phrases that were used in conversation were reduced to acronyms like “gooh” to make it easier, quicker and more convenient to type.

There are currently no other known meanings of the acronym “gooh.”

An exchange between two Facebook users on a posted status.

There are several alternative ways you can say “gooh” in other terms to convey the same meaning. Some of these alternatives include: 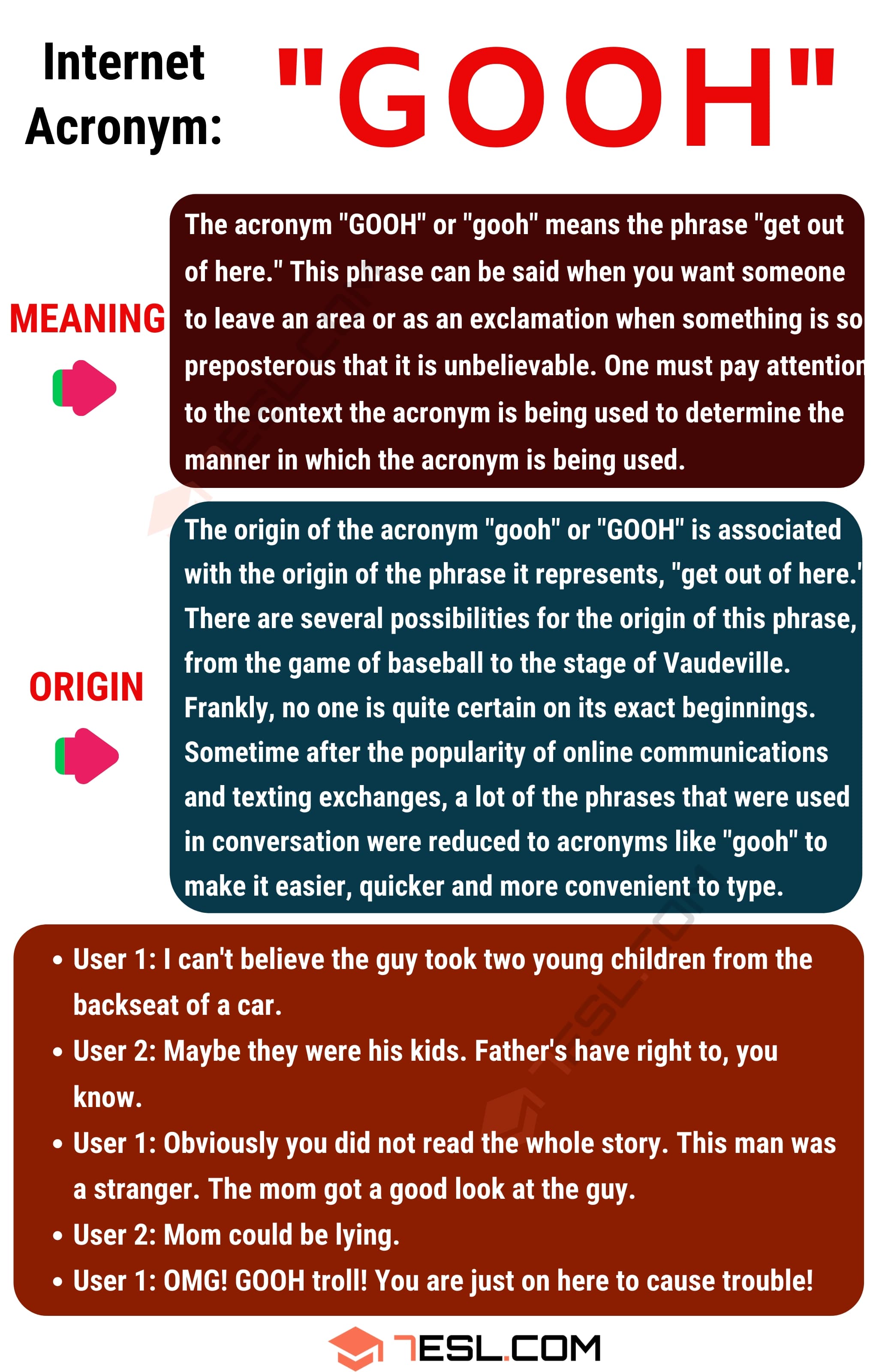