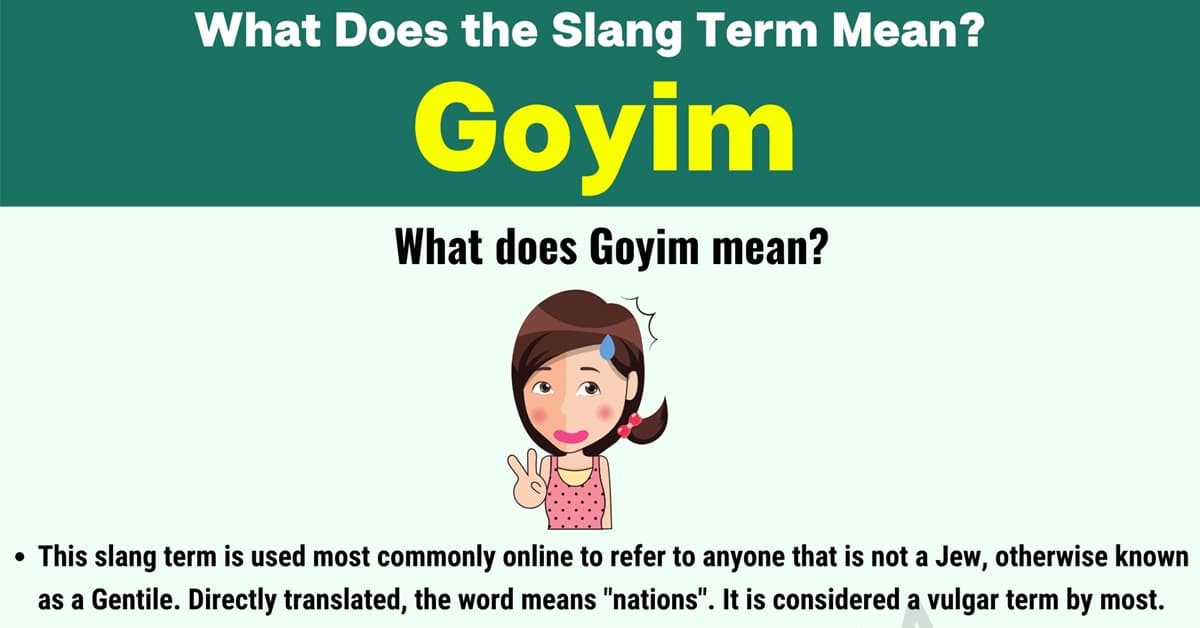 The slang term “goyim” is not a term that everyone has heard and you have to watch how and when you use it because its not considered a nice word. If you have seen or heard this phrase used, then you should definitely stick around and learn about the term before using it yourself.

Below you will find the meaning of this term, details about its origin, and some other meanings the term has if it has any at all. Conversation examples are also provided for you as well so you can see how to properly use the phrase in a conversation. Finally, you will find some similar words or phrases that can be used in place of this term without changing its meaning.

What Does “Goyim” Mean?

This slang term is used most commonly online to refer to anyone that is not a Jew, otherwise known as a Gentile. Directly translated, the word means “nations” It is considered a vulgar term by most.

This word is a form of Yiddish slang that was derived from Hebrew. Its first recorded usage is said to be in the Old Testament of the Bible.

There are currently no other known meanings of this slang term to be found.

There are a few synonyms that you can use in place of this term to convey the same meaning. Some other words or phrases you could use include: 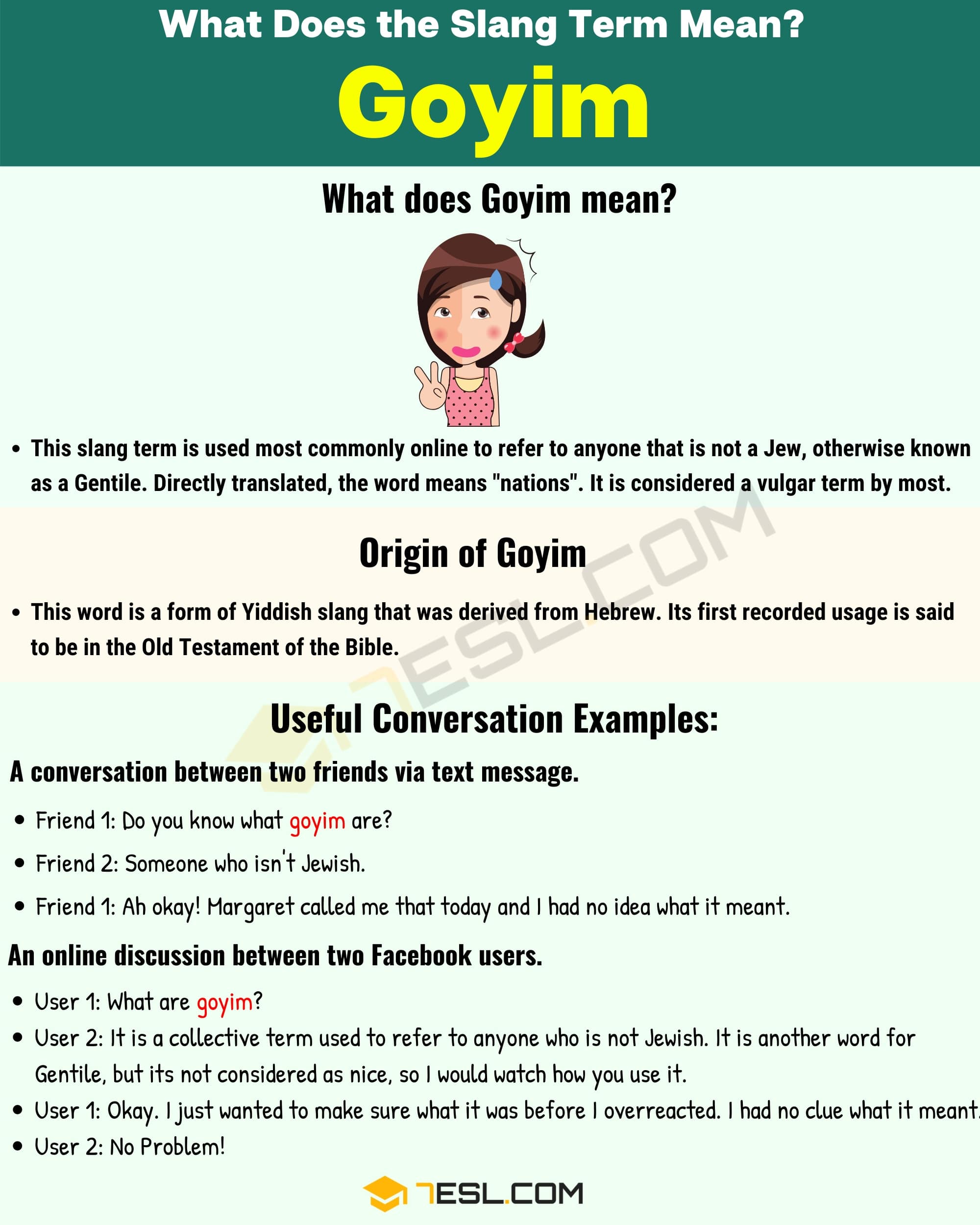