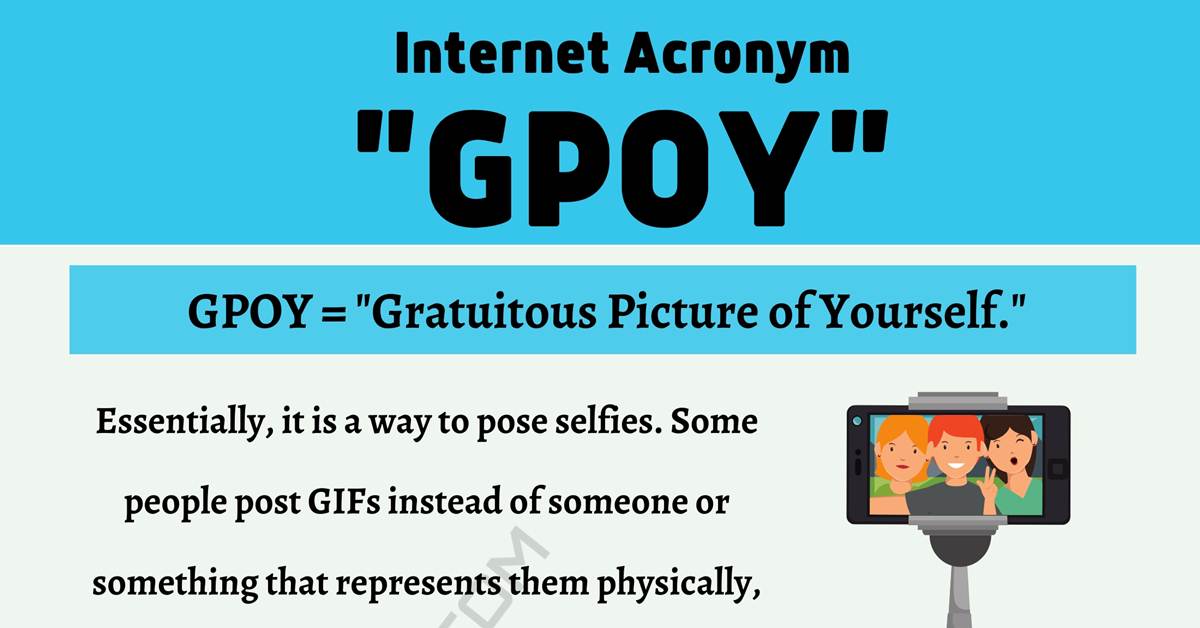 “GPOY” or “gpoy” is a popular acronym that is being used on the internet today. In the article below, you will find all the information you need to fully understand the acronym and how to use it. You will find the meaning of the phrase it stands for, information regarding its origin, and any information on other meanings if the acronym has any. This will be followed by some example conversations so you can see how to properly use the acronym and some suggestions for words or phrases you could use in its place to convey the same meaning.

What Does GPOY Mean?

The acronym “GPOY” often appears with a hashtag before it and means “Gratuitous Picture of Yourself.” Essentially, it is a way to pose selfies. Some people post GIFs instead of someone or something that represents them physically, mentally, or emotionally.

The origin of the acronym “GPOY”, complete with the hashtag, can be traced back to the year 2008. During this time, the use of the site Tumblr was gaining in popularity and the acronym “GPOYW” was used. This meant to post a picture of yourself on Wednesdays. It has been used ever since, but now the “w” is typically not a part of the acronym and a hashtag has been added in its place.

There are currently no other known meanings of the acronym “GPOY.”

Initial Post: #GPOY! Where are my girls at? Guys, don’t be shy either! Here is a picture of me at the Halloween party yesterday!

A text exchange between friends.

Other Ways to Say “GPOY”

There are several alternatives you can use in place of the acronym “gpoy.” Some of these alternatives include: 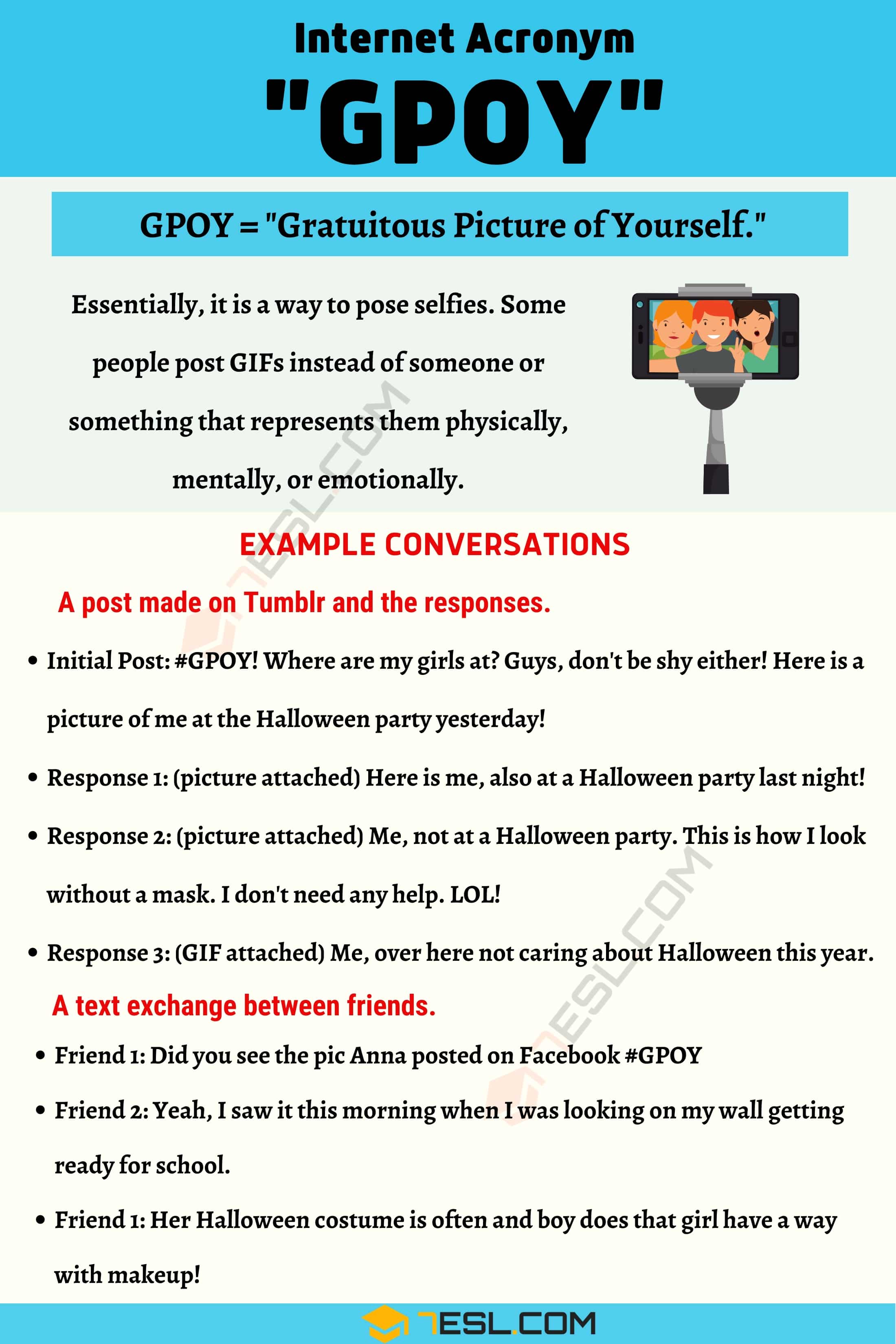