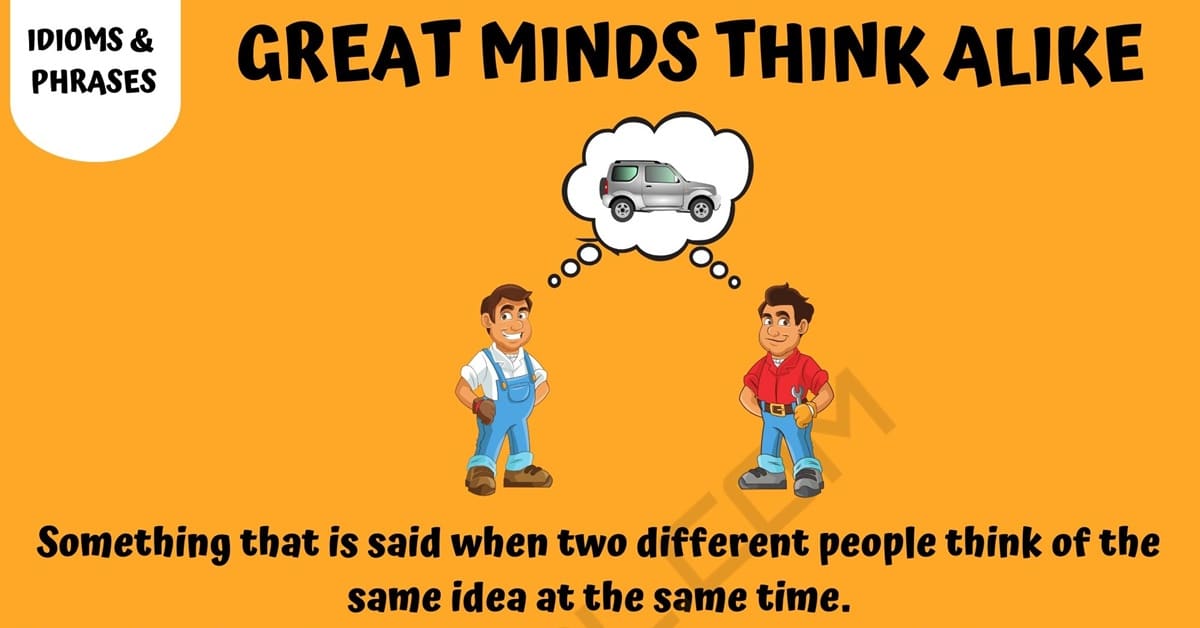 The English idiom “great minds think alike” is a phrase that was once widely used, but seen less frequently now. If you have seen or heard this phrase recently used, then you were probably wondering what it means which led you here. This is a good thing because here you will find the meaning of this phrase. You will also find information regarding its origin and some example sentences and conversations where the phrase is used in the correct context to further enhance your understanding. Finally, you will discover some alternative words or phrases that you can use in place of this phrase to convey the same meaning in a conversation.

The origin of the idiomatic phrase “great minds think alike” can be traced back to the early 17th-century. Although not said in these specific terms, the thought behind the expression was first used by author Daubridgecourt Belchier in a work called the Hans Beer-Pot published in 1618. Belchier derived his usage from an ancient Greek proverb. 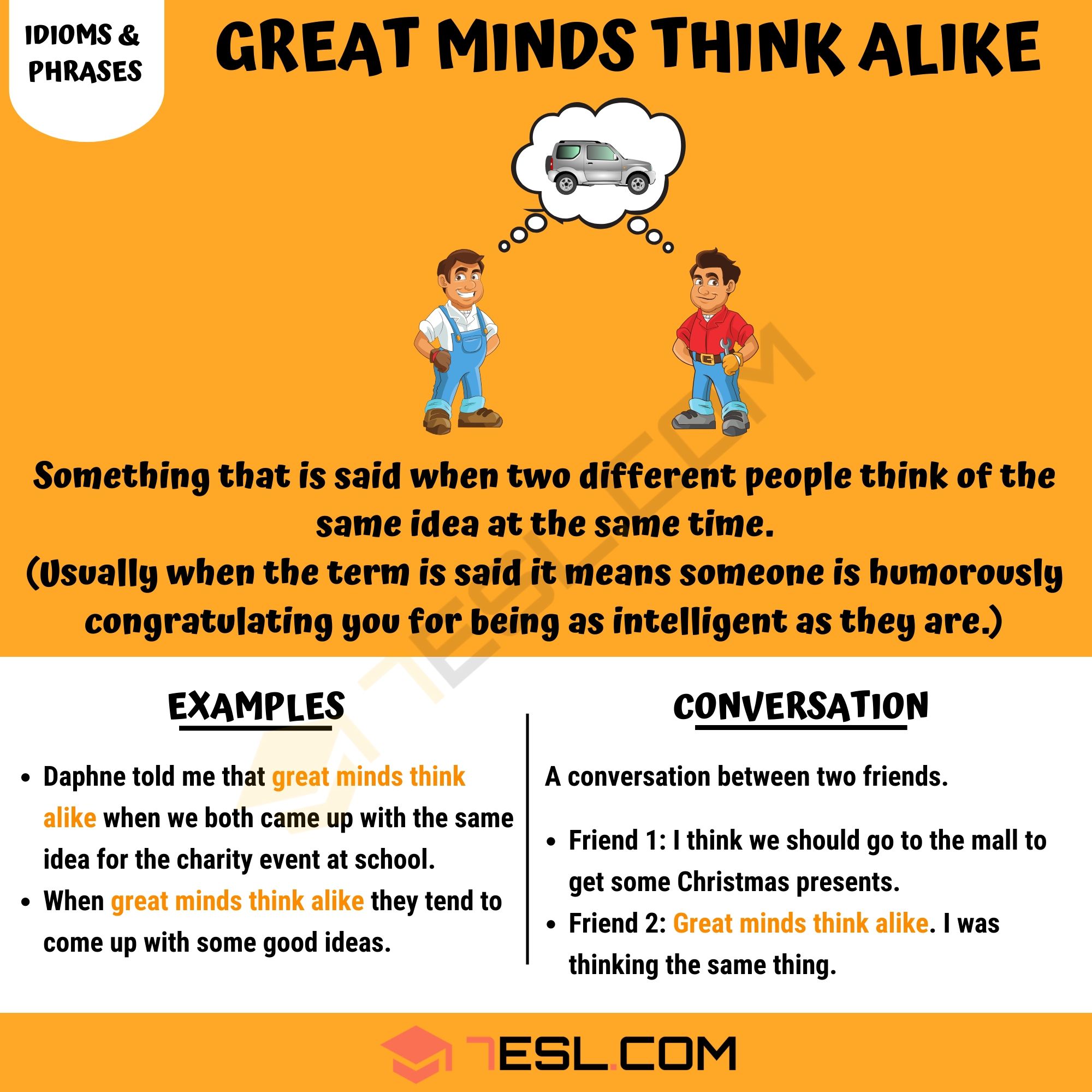