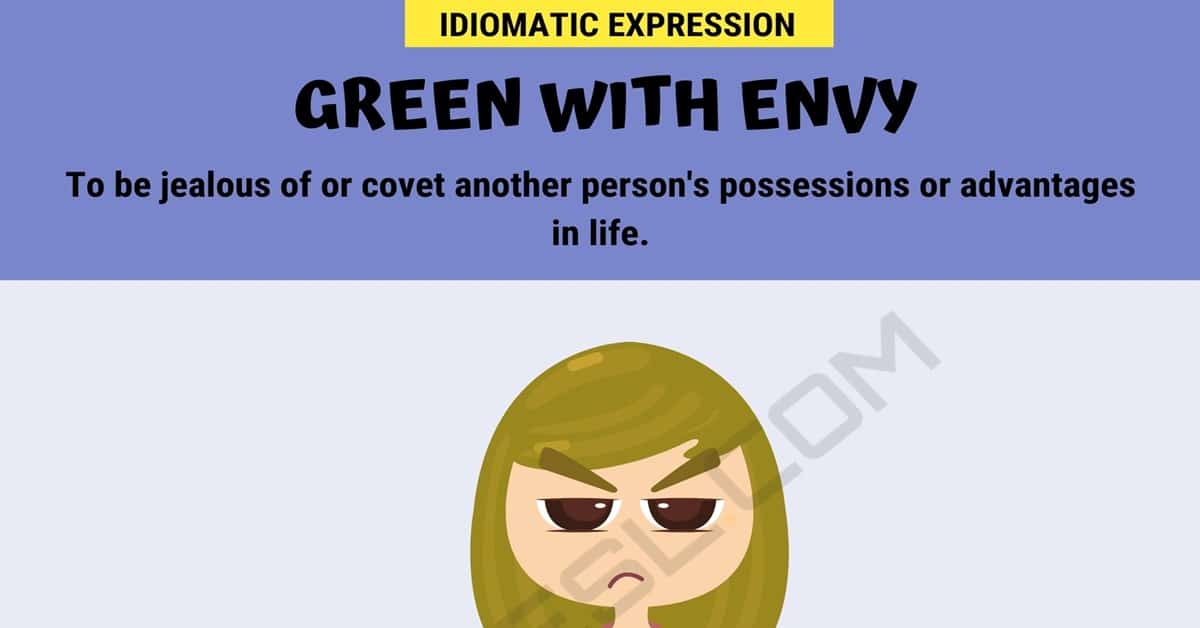 The idiomatic phrase “green with envy” is a phrase that you may hear or see commonly used in everyday conversation and writing. Here you will find the meaning of this phrase and the information regarding its origin. You will also find some examples of how this phrase is properly used in conversations/statements and you will discover other ways to say the phrase while still conveying the same meaning.

The idiomatic phrase “green with envy” means to be jealous of or covet another person’s possessions or advantages in life.

Origin of this common idiom

The origin of this phrase is attributed to William Shakespeare. Before the play Othello was written in 1565, the color green referred to illness. However, in the play, Shakespeare compared the feeling of jealousy to a green-eyed monster. The phrase as we know it today was derived from this comparison that Shakespeare made hundreds of years ago.

A statement that was made in the local paper regarding a fight that broke out at the fair.

A statement made by a police officer during a recent press conference.

Other Ways to Say “Green With Envy”

Like most idiomatic phrases, the phrase “green with envy” can be said in several different ways and yet still convey the same meaning. Other ways that you could say this phrase include: 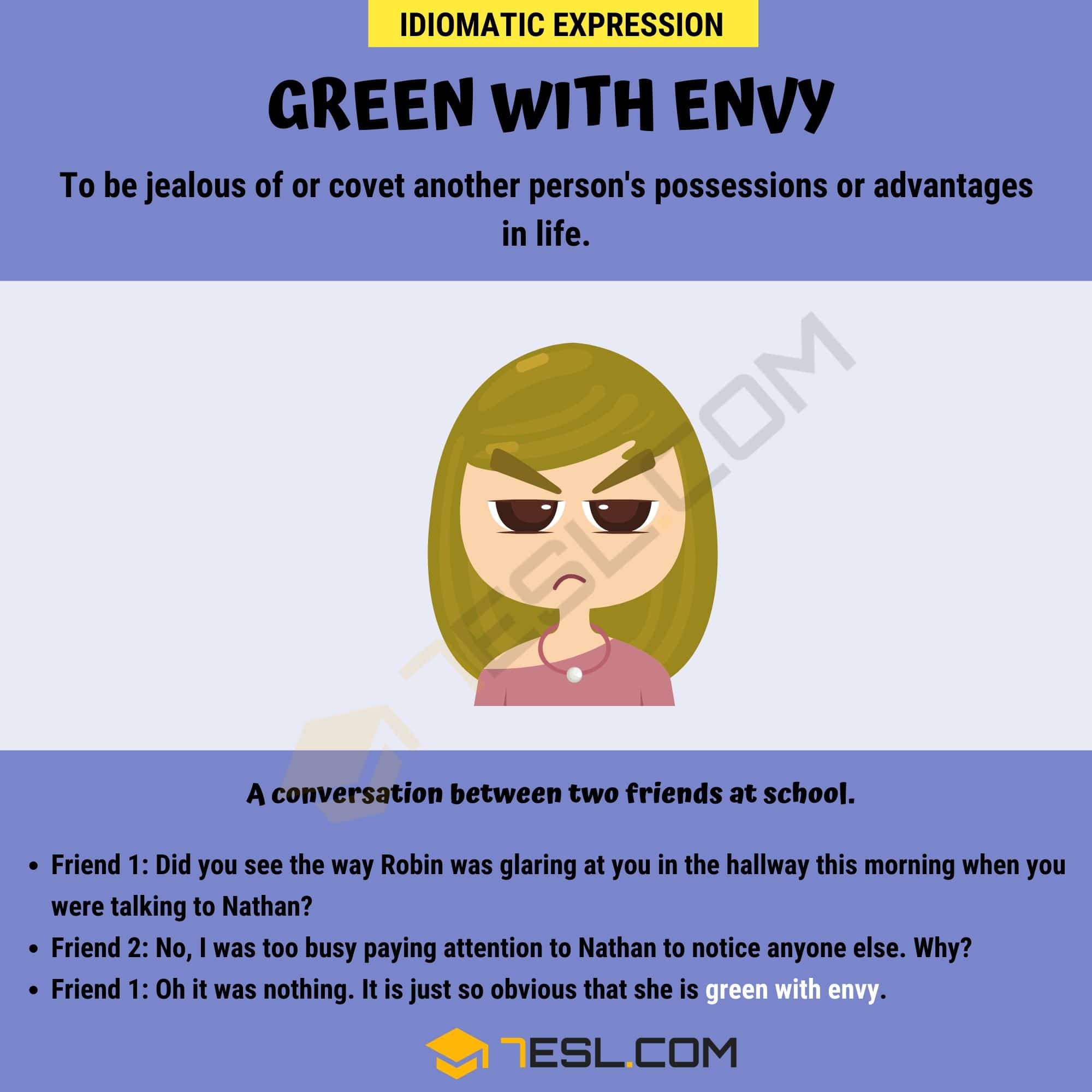