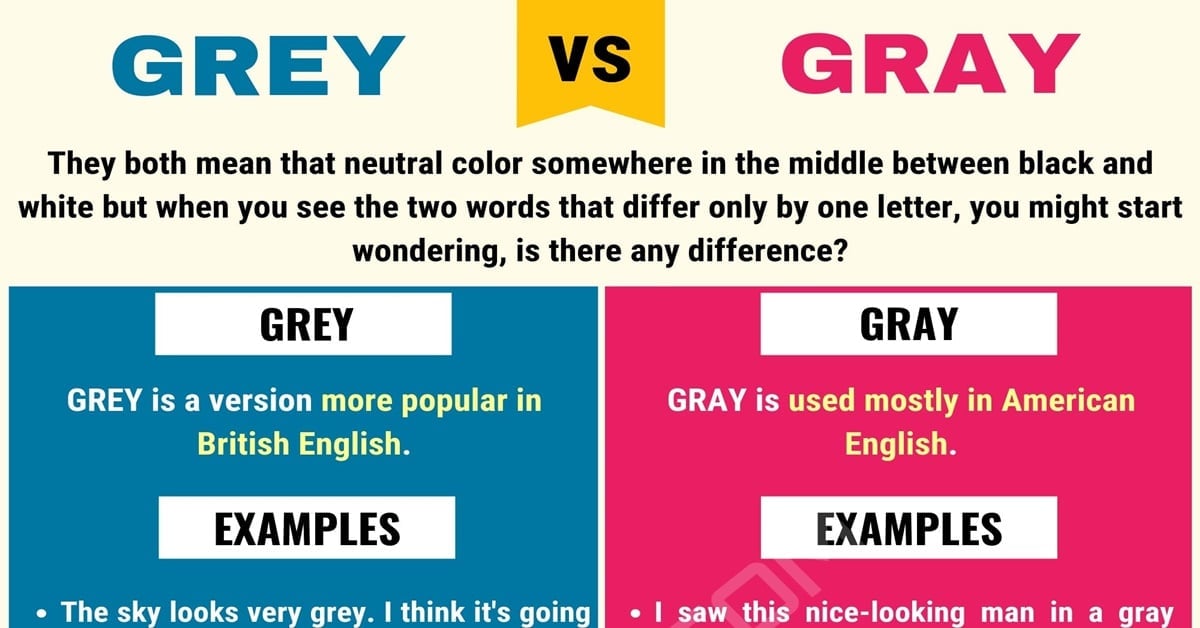 Grey or gray? In different books, articles, or even in messages from different people you might come across two words: grey vs gray. They both mean that neutral color somewhere in the middle between black and white but when you see the two words that differ only by one letter, you might start wondering, is there any difference? And if there isn’t, why are there two versions of the same word?

The short answer is, there is no difference. In the middle of the 19th century, a chemist called George Field described the difference between gray vs grey in one of his works, saying that grey is a neutral color, while gray is more ashen, with shades of blue. However, in the modern English language not a lot of people even know about such a specific distinction. So, a tone between black and white can be called gray or grey, whichever way you prefer.

The only difference between grey vs gray is that GREY is a version more popular in British English, while GRAY is used mostly in American English. Therefore, you should use grey or gray depending on whether you’re talking to someone from the UK or from the US.

A small trick that will help you remember: America starts with an a and England starts with an e. Therefore, “gray” is an American word, and “grey” is British.

When to Use Gray or Grey | Picture 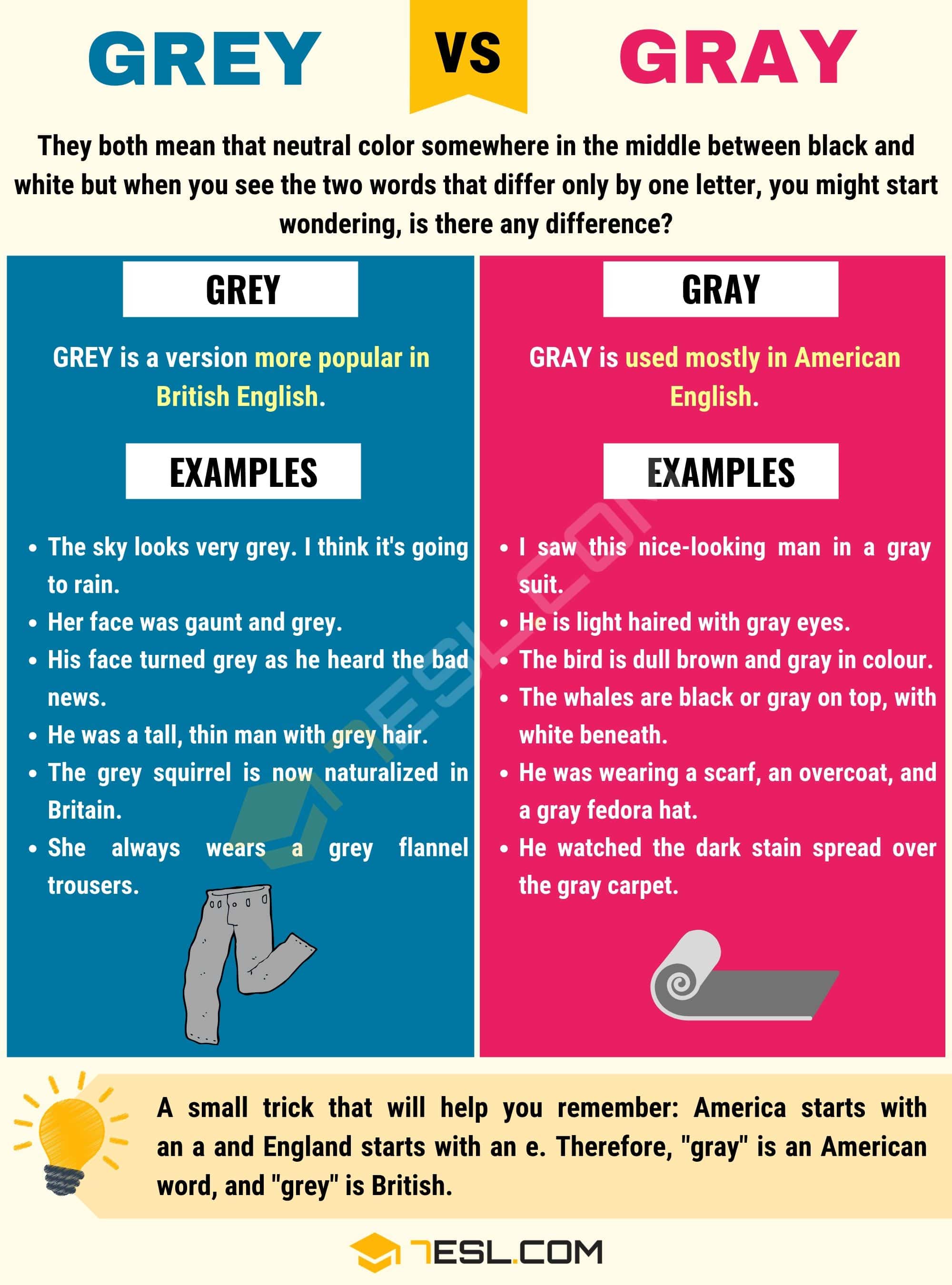 Grey or Gray: How to Use Gray or Grey?

You should have also added an example that has ‘grey character’.

i think grey, since Australia tends to go with British English, like colour(w*f my it’s trying to correct me to saying color) instead of color