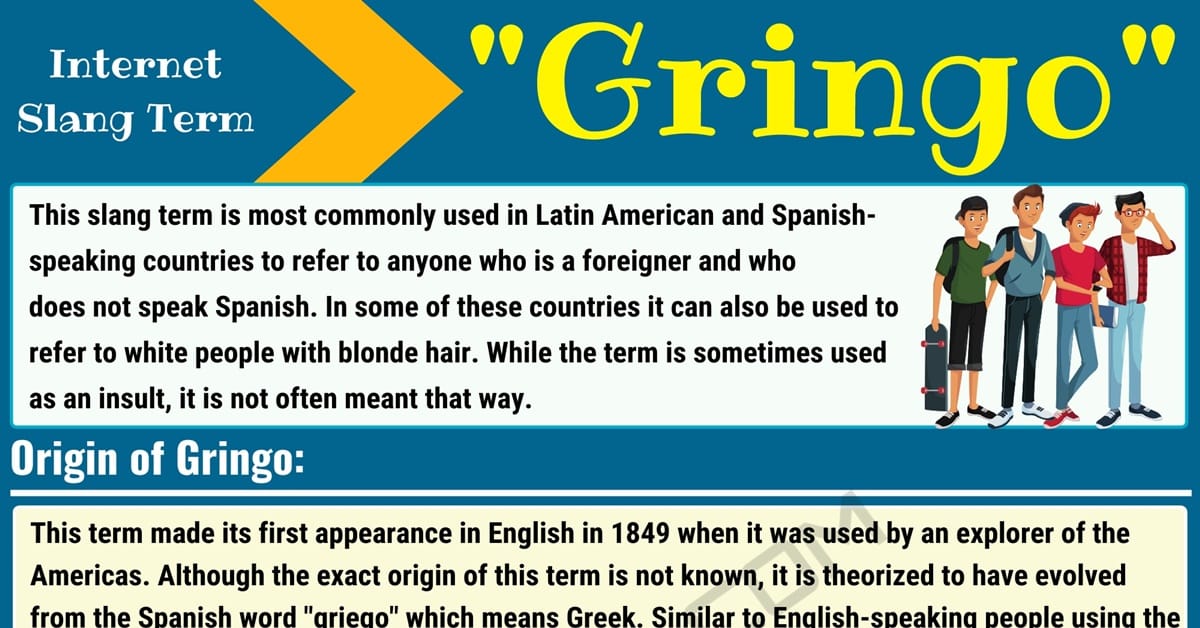 Gringo Meaning! Most people are already familiar with the slang term “gringo,” especially those that travel abroad. However, if this term is unknown to you, then you have come to the right place. Here you will find the meaning of this term, details of its origin, and some other meanings if there are any that exist.

Some conversation examples are provided for you here as well so that you can see how the term is used properly in context in order to better understand its meaning. Finally, you will see some words or phrases that you can use in place of this term that will not change its meaning.

What Does Gringo Mean?

This slang term is most commonly used in Latin American and Spanish-speaking countries to refer to anyone who is a foreigner and who does not speak Spanish. In some of these countries it can also be used to refer to white people with blonde hair. While the term is sometimes used as an insult, it is not often meant that way.

This term made its first appearance in English in 1849 when it was used by an explorer of the Americas. Although the exact origin of this term is not known, it is theorized to have evolved from the Spanish word “griego” which means Greek. Similar to English-speaking people using the phrase “It’s all Greek to me” to describe languages they don’t understand, the term griego was used for the same purpose in Spanish-speaking countries. Over time and popular usage, this slang term developed and was used to refer to any foreigner who speaks a foreign language.

This slang term can be used in many ways depending on the Latin American country. Each Spanish-speaking country has their own definition of the term. The term can be used simply to refer to any foreign language, or it can be used to specifically refer to English only. In countries such as Honduras, Nicaragua, Ecuador, Cuba, Chile, Bolivia, Columbia, Uruguay, Paraguay, Peru, and Venezuela, the slang term is used to describe any resident of the United States only. In Uruguay, the term can also refer to residents of England or Russia as well. Finally, in addition to the two dresses that were already mentioned in the meaning, the term can also be used to refer to any unintelligible language.

There are a few phrases that you could use to replace this slang term without changing its original meaning. Some phrases you could use in place of this term instead include: 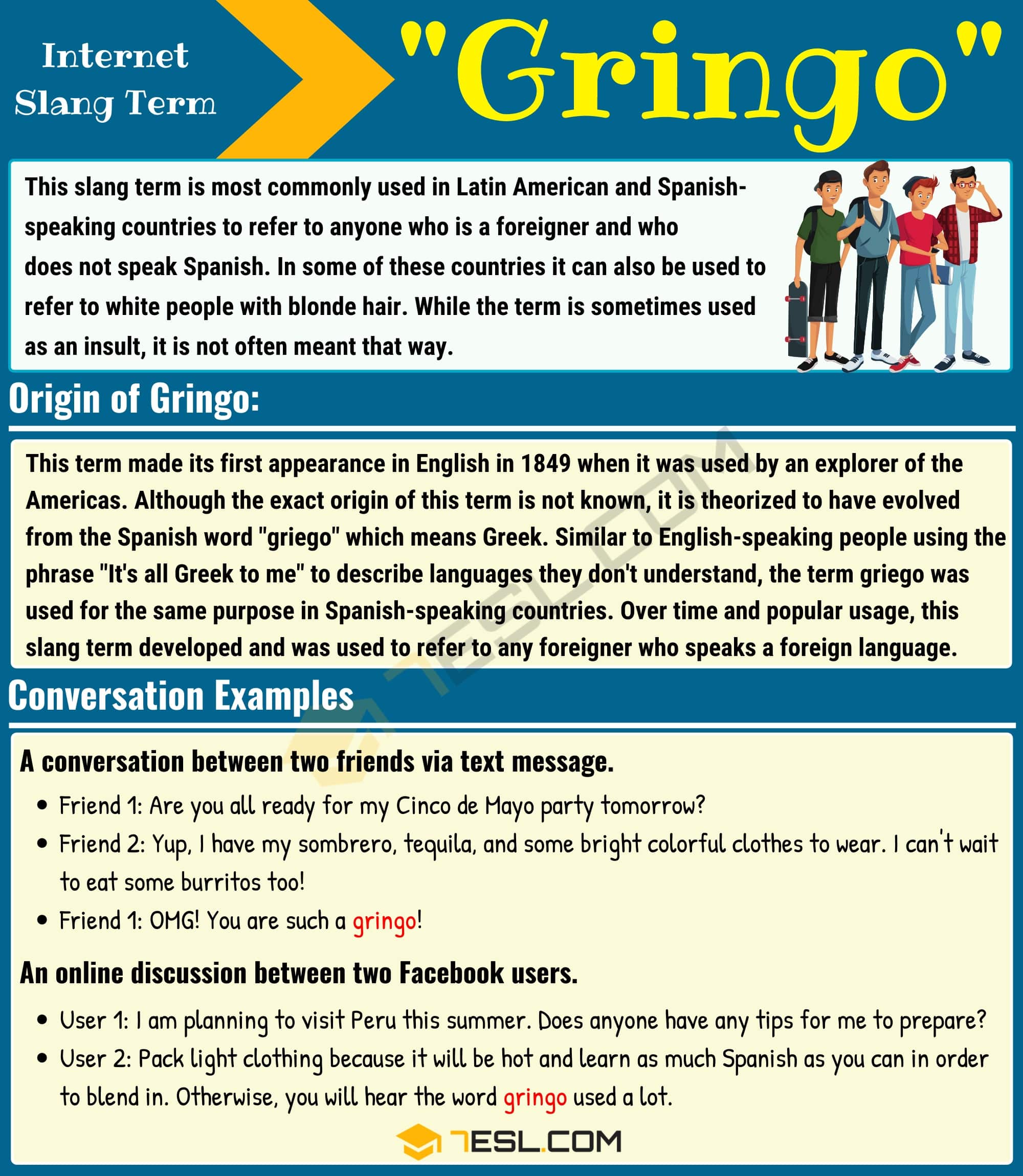 I understood that gringo was originated in northern Mexico when American soldiers were sent to quail a strike being carried out by Mexican workers at an American company. Been the soldiers dressed in green uniforms, the workers would yell at them: “greens go, greens go.”

“This slang term is most commonly used in Latin American and Spanish-speaking countries to refer to anyone who is a foreigner and who does not speak Spanish.”
That is so wrong, it refers moslty to US-Americans and sometimes Canadians.