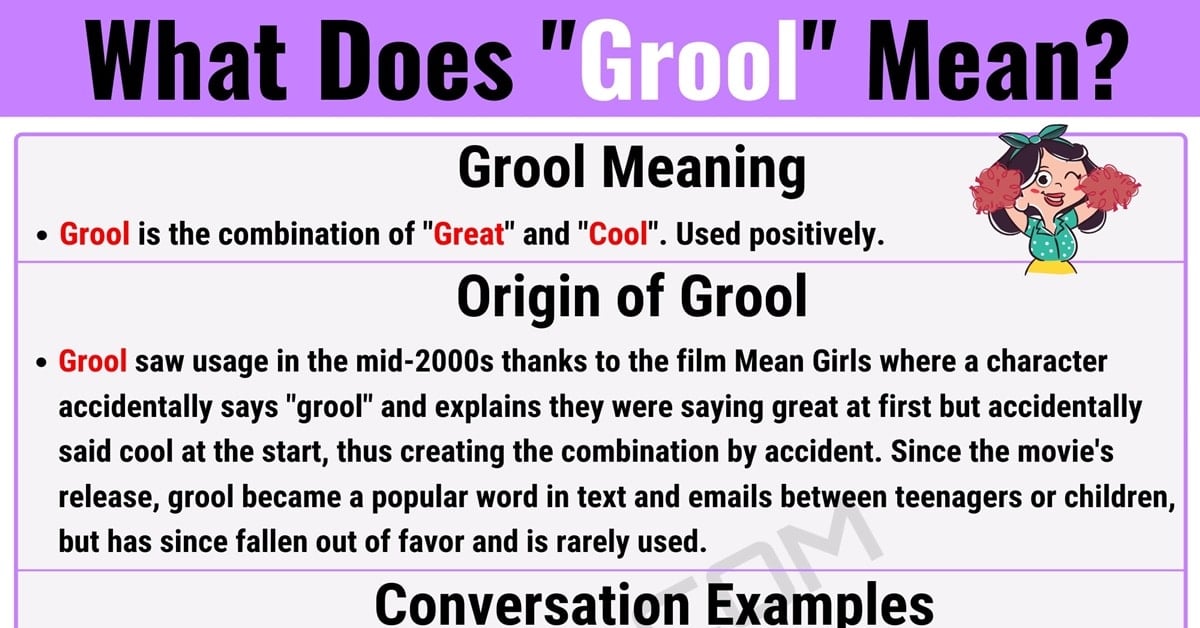 What does Grool mean? Learn the definition, how and when to use the internet slang word with useful conversation examples and ESL printable infographic.

What Does Grool Mean?

Grool is the combination of “Great” and “Cool”. Used positively.

Grool saw usage in the mid-2000s thanks to the film Mean Girls where a character accidentally says “grool” and explains they were saying great at first but accidentally said cool at the start, thus creating the combination by accident. Since the movie’s release, grool became a popular word in text and emails between teenagers or children, but has since fallen out of favor and is rarely used.

“Grool” can also be slang for the “girl drool”, the lubricating liquid that is secreted by a woman during sexual simulation.

Grool is normally used as is without any variants besides being using with either an uppercase or lowercase G. 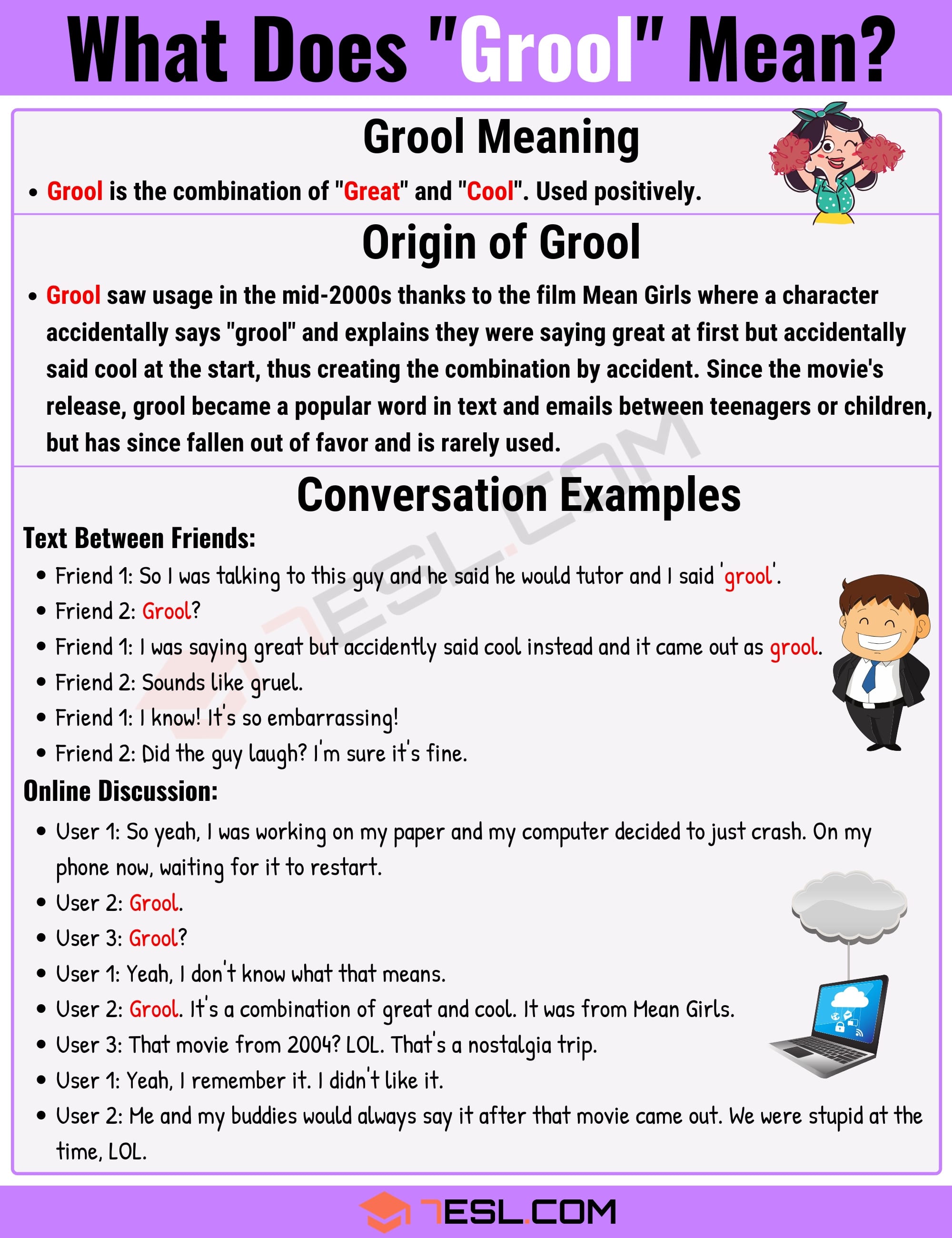 Nowadays the definition of grool has changed, it more commonly refers to vaginal secretions.

Yeah the mean girls reference is outdated and the female lubrication is the default meaning of grool.