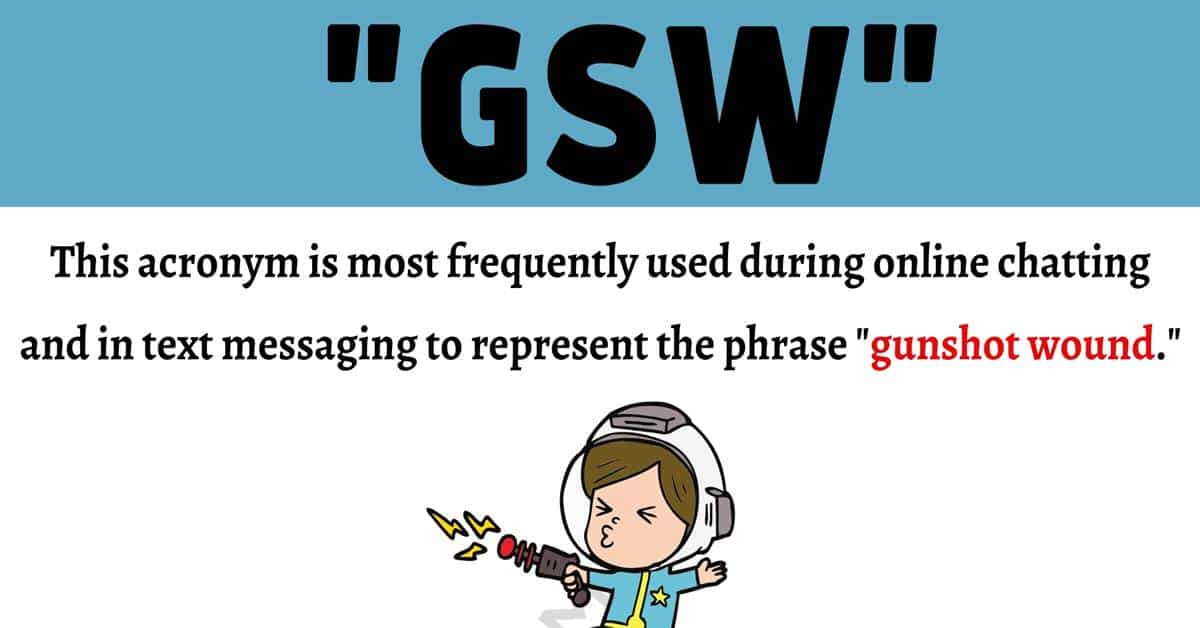 The slang acronym “gsw, is one that you may have encountered while watching television if you are one of those people who like real life or fictional crime shows. If you were watching your favorite episode of Law and Order and they left you wondering the meaning of this term, then you have searched and come to the right spot. Here you will find the meaning of this term and the phrase it represents most commonly. You will also find some details regarding the origin of the term and some other meanings. Example conversations are also provided here for you to see how this term is used in the proper context. Finally, you will discover some other words or phrases that can be used to replace this original term without changing the meaning of the initial phrase.

What Does GSW Mean?

This acronym is most frequently used during online chatting and in text messaging to represent the phrase “gunshot wound.” The meaning of this phrase is self-explanatory, it is a wound on the body of a human being or an animal that has been inflicted by some sort of gun.

There are no specific details available concerning the origin of this acronym or the phrase that it represents. However, it is more than likely that this term originated among police or military as an abbreviation for the term when speaking over their hand radios to one another so that messages can be relayed quicker and make officers and soldiers more efficient.

Like most acronyms, this acronym can be used to represent other phrases that represent more official and specific things such as titles, processes, and other random phrases. While this is not intended to be an all-inclusive list, some of the things that this acronym can also represent are “Golden State Warriors,” “Graphics Servicer for Windows,” “Generalized Sliding Window,” “Grand Senior Warden,” and “Graduate Social Worker.”

A conversation between husband and wife.

There are several phrases that you can use in place of this acronym and the phrase that it represents, including: 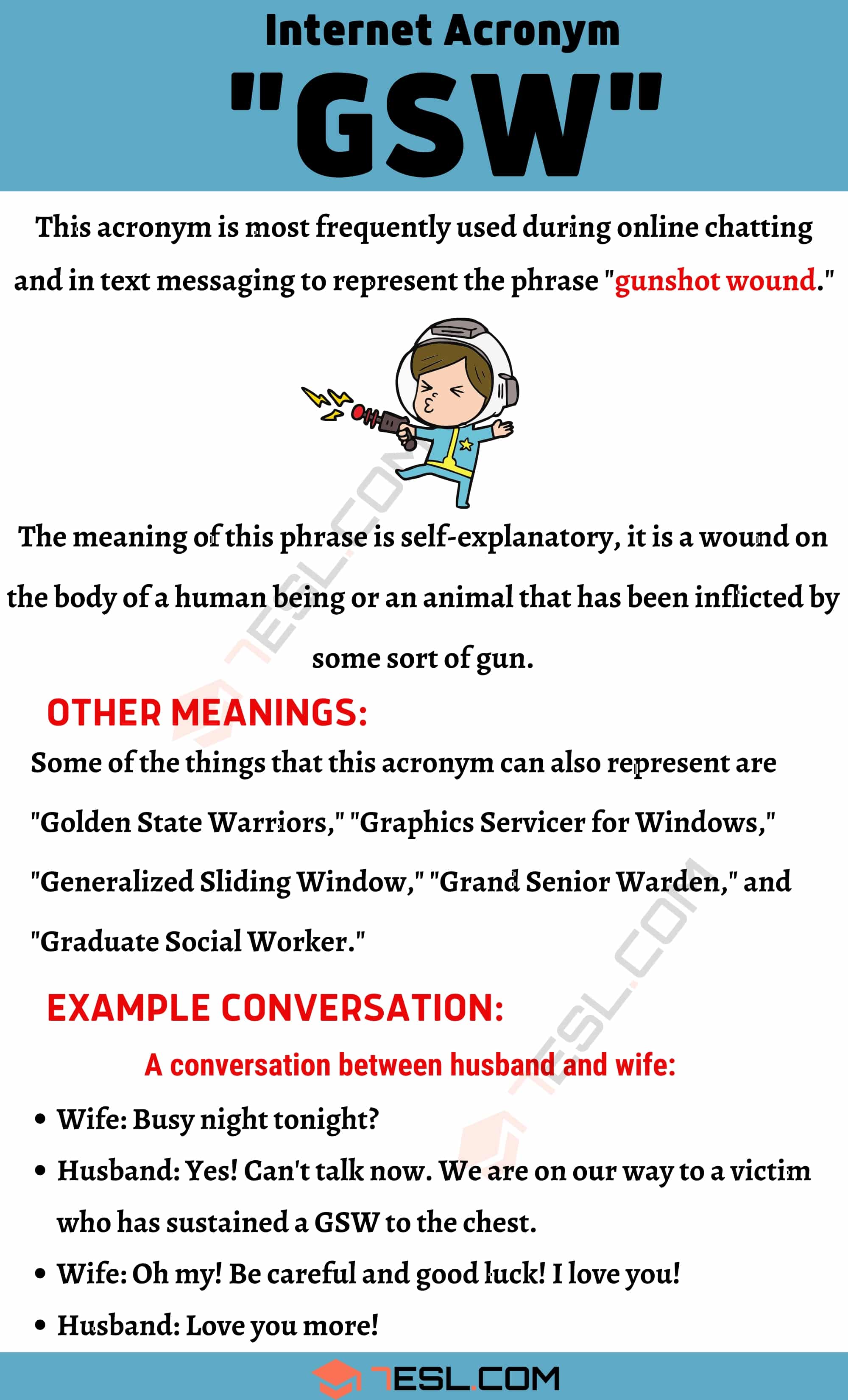