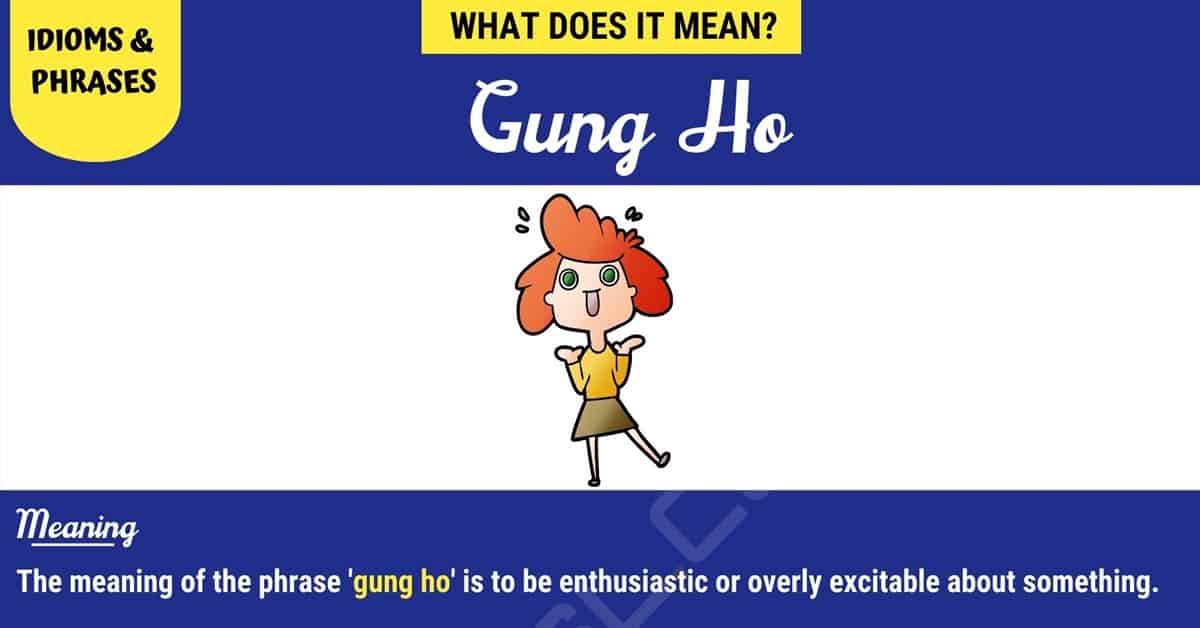 You may have heard the phrase ‘gung ho’ used in English conversation, but what does this saying mean? Where did this term come from and how can we use it in our conversations? We are going to answer all of these questions as we look into the meaning behind this term.

The meaning of the phrase ‘gung ho’ is to be enthusiastic or overly excitable about something.

Origin of this term

The term ‘gung ho’ originally comes from the Chinese language, from the term ‘gong he’ which means to work together. The idiom was picked up by sailors and was then used to encourage the seamen onboard military ships.

A statement made to show how enthusiastic someone is about something.

A statement to show personal eagerness.

Here are some examples of how you might use the term ‘gung ho’ in a conversation.

The first conversation is between two friends discussing someone’s attitude to their new career.

This conversation is between two acquaintances talking about travel.

There is more than one way to express the meaning of the term ‘gung ho,’ here are some examples of other ways you can say it. 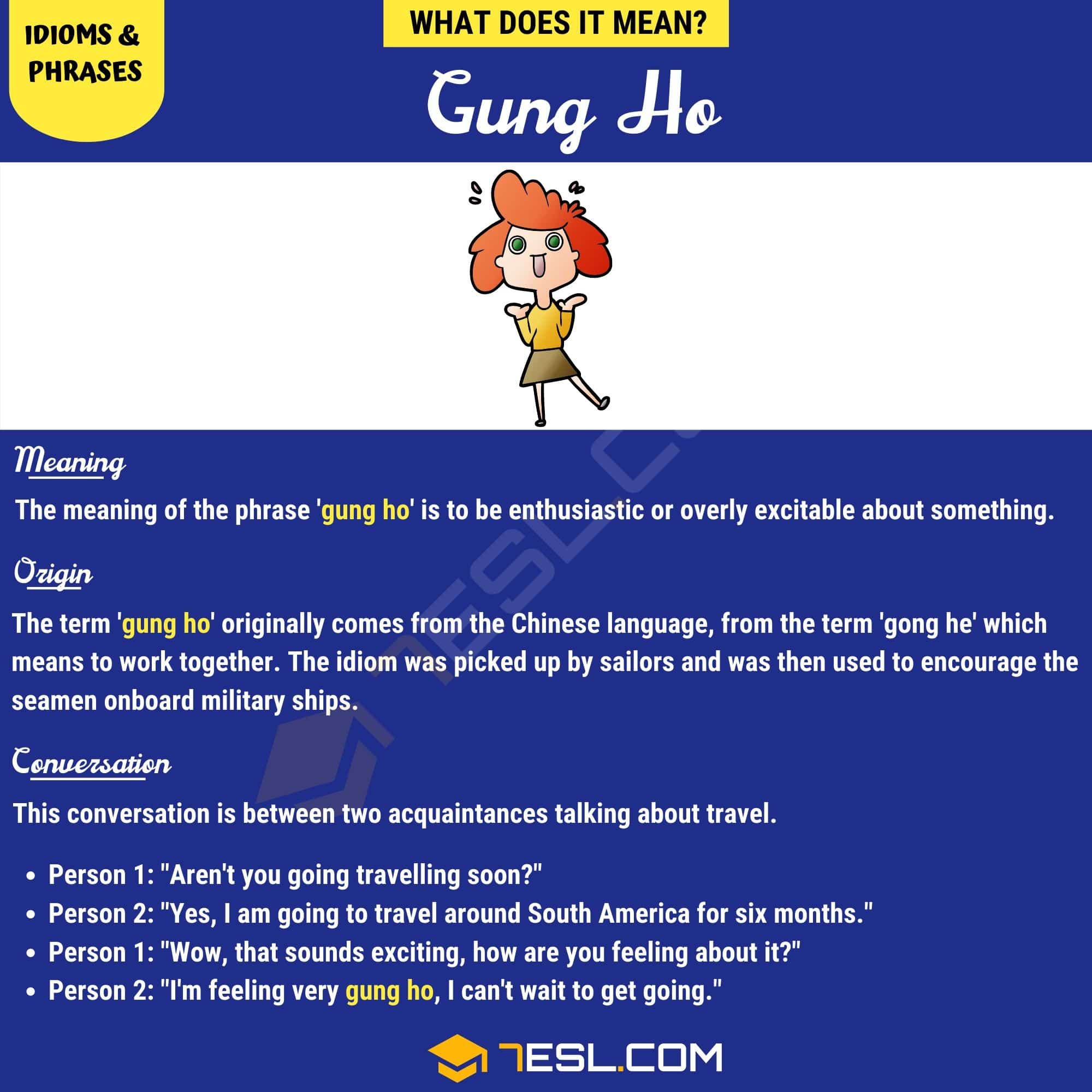