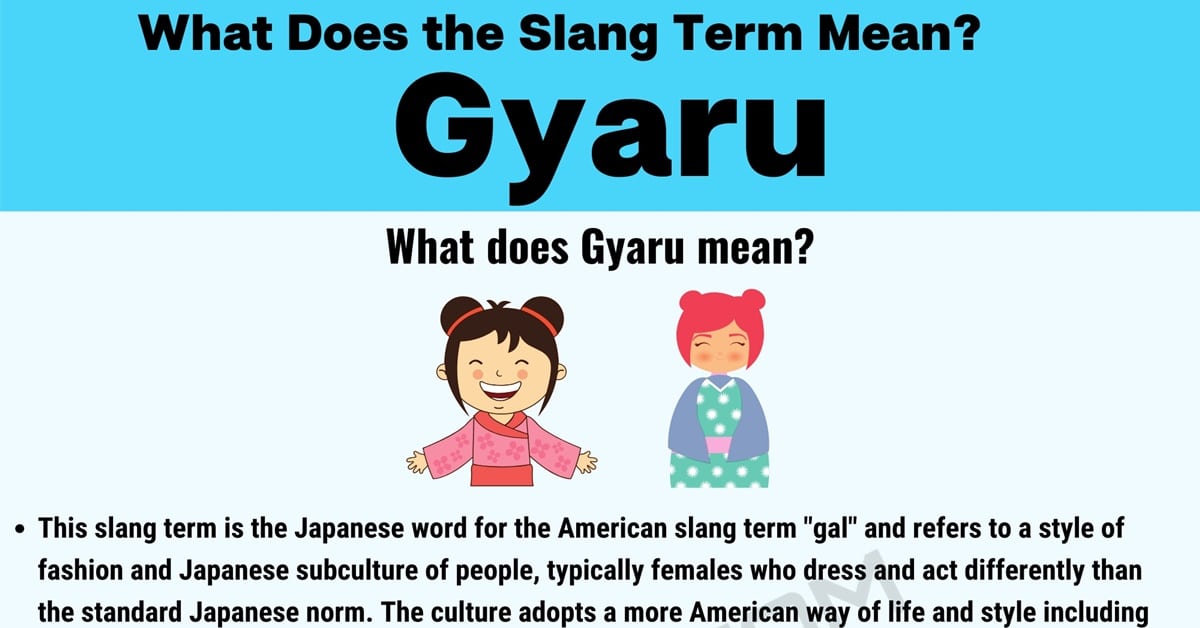 If you have heard or seen the slang term “gyaru” used and you were thinking it sounded like a Japanese or Chinese word, you would be correct. Here you will find the meaning of this term, information about its origin, and some other meanings.

You will also be given some conversation examples to read through so you can see how the term is correctly used in context. Lastly, you will discover some synonymous words and phrases that you can use in place of this term that won’t change the original meaning.

What Does “Gyaru” Mean?

This slang term is the Japanese word for the American slang term “gal” and refers to a style of fashion and Japanese subculture of people, typically females who dress and act differently than the standard Japanese norm. The culture adopts a more American way of life and style including being more free-spirited, partying a lot, short skirts, loose collars, lots of makeup, darker skin, and lighter hair. The subculture is mostly made up of females in their teens to early twenties.

This term originated in 1968 because of a Levi’s commercial that premiered with the tagline “Levi’s for gals.” The style of dress and subculture continued to be popular through the 90s due to other advertisements and American television shows like Baywatch which was aired in Japan and watched by young, high-class, Japanese females. The popularity of the term has since fizzled out in the 2000s due to magazines, government policies, American media, and people poking fun at the style of dress and subculture in general. 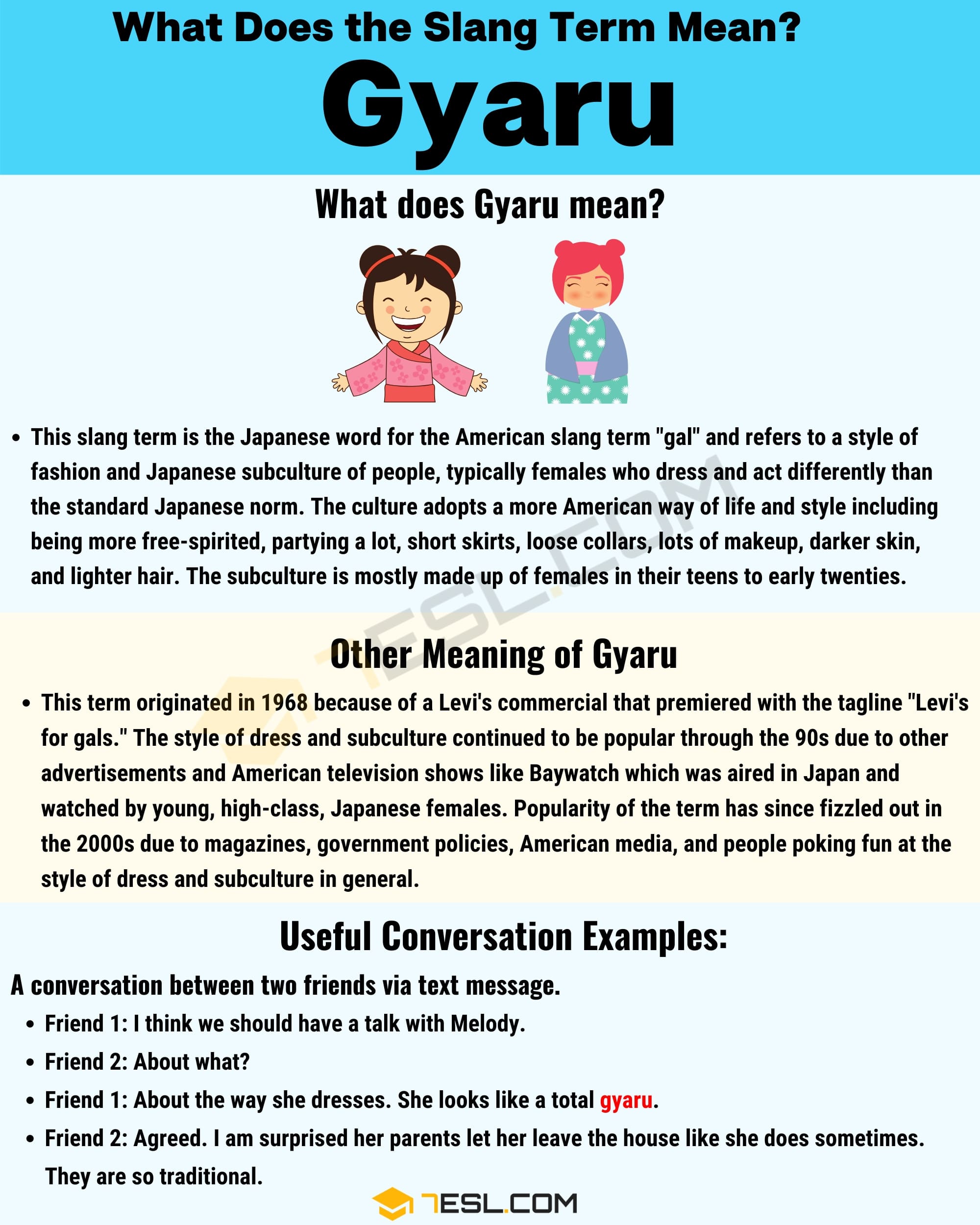