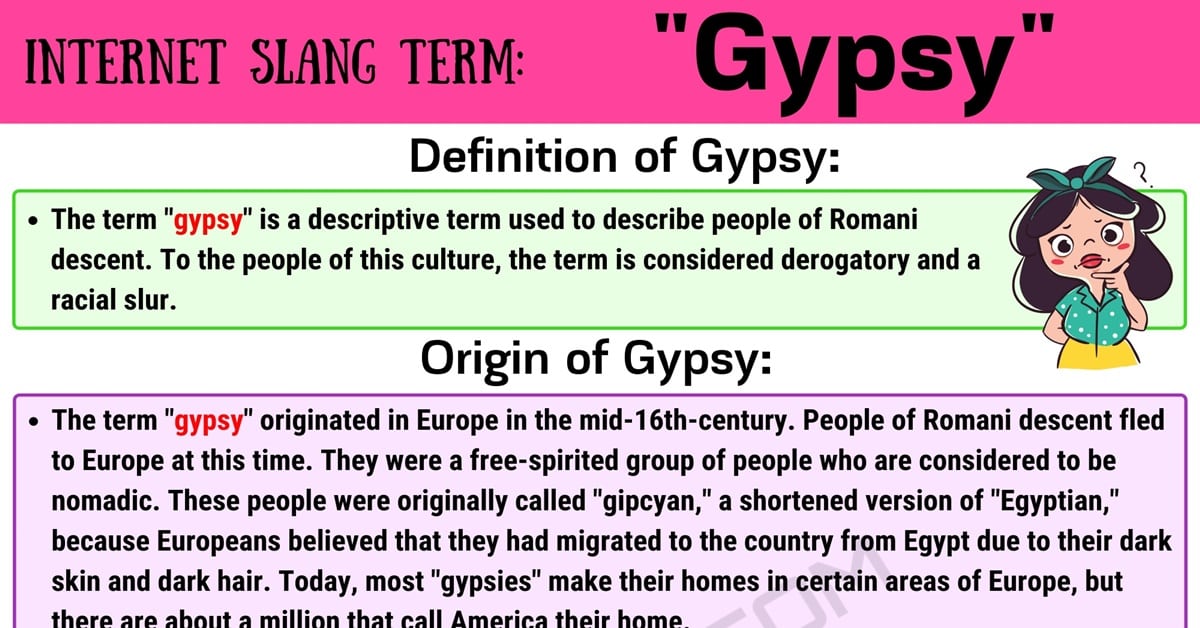 The slang term “gypsy” is a common word used in the English language. If you have happened across this word and were wondering what the meaning could be, then you have reached the right spot. Here you will not only find the meaning of this phrase, but you will also find the term’s origin history and some other possible meanings if there are any that exist.

You will also discover some conversation examples that showcase the word used correctly to help you further understand the meaning and find see some alternative words or phrases that you could use in place of the word “gypsy” to convey the same meaning in a conversation.

What Does Gypsy Mean?

The term “gypsy” is a descriptive term used to describe people of Romani descent. To the people of this culture, the term is considered derogatory and a racial slur.

The term “gypsy” originated in Europe in the mid-16th-century. People of Romani descent fled to Europe at this time. They were a free-spirited group of people who are considered to be nomadic. These people were originally called “gipcyan,” a shortened version of “Egyptian,” because Europeans believed that they had migrated to the country from Egypt due to their dark skin and dark hair. Today, most “gypsies” make their homes in certain areas of Europe, but there are about a million that call America their home.

The term “gypsy” has taken on a more general meaning over time. Today the term is used to describe anyone of any race, creed, color, etc. that travels from place to place.

Some words can be used that are synonymous with the word “gypsy.” Some of the words you could use instead include: 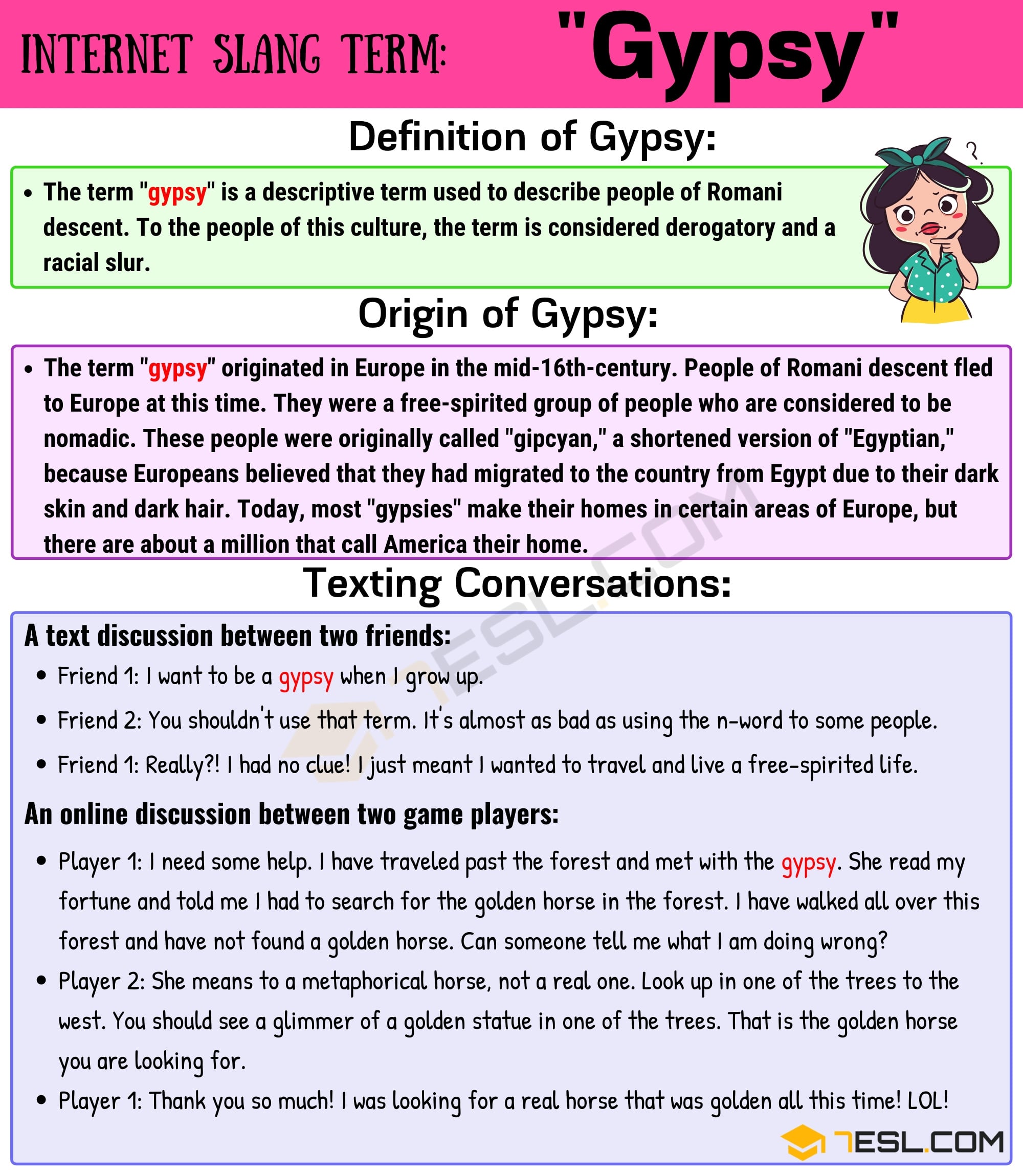