Home
English Expressions
English Idioms
“Halcyon Days” Meaning, and How Do You Use this Idiomatic Expression?
Prev Article Next Article
3PinterestFacebookLinkedInTwitter
3
SHARES

If you have ever listened to an English conversation and heard someone use the term ‘halcyon days’ you may have wondered what they saying meant. We will now take a look at the meaning of this phrase and where it came from in the first place. We will also look at how the term can be used in a sentence.

The meaning of the term ‘halcyon days’ refers to a period of time which was calm and happy. The phrase usually refers to a time period in the past.

The phrase ‘halcyon days’ has its origins within Green mythology. The idiom is linked to the time of year known as the winter solstice which was associated with a period of calm weather. The term is also linked to the halcyon bird, which is a mythical creature who was said to keep the winds and the seas in a tranquil state.

Here are some examples of how the term ‘halcyon days’ might be used in a sentence. The first example is a statement made in a news report.

This next statement is made by a grandmother talking to her grandchildren.

If you are curious as to how the term ‘halcyon days’ might fit into a conversation, here are some examples.

The first is a conversation between two life long friends.

This conversation takes place between a teacher and her student.

There are many other ways in which you can express the meaning of the term ‘halcyon days’ using different wording. Here are some examples of what you might say.

What are “Halcyon Days?” | Image 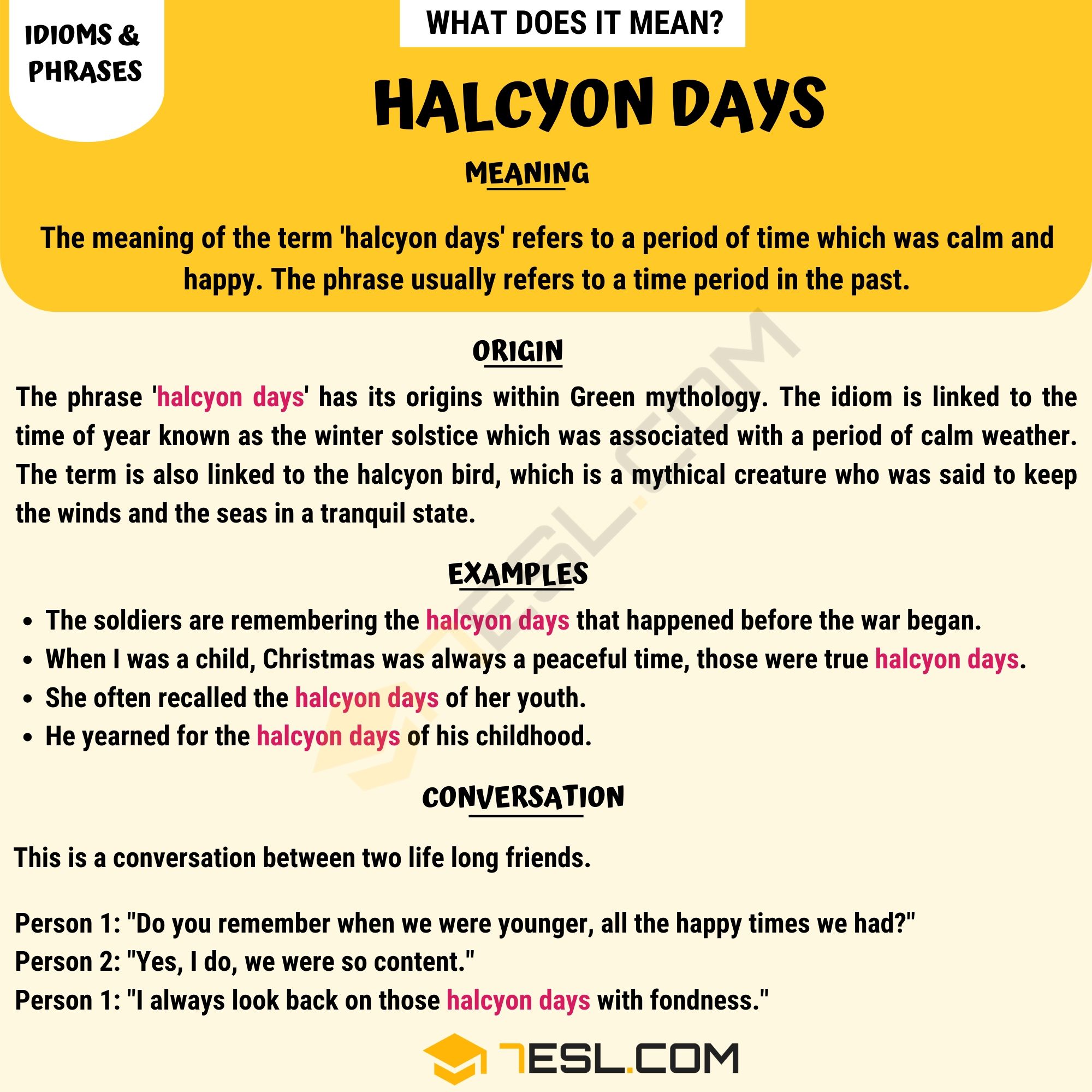