Halloween Words! List of useful Halloween vocabulary words in English with pictures and examples. Learn these Halloween words to improve and increase your vocabulary in English. 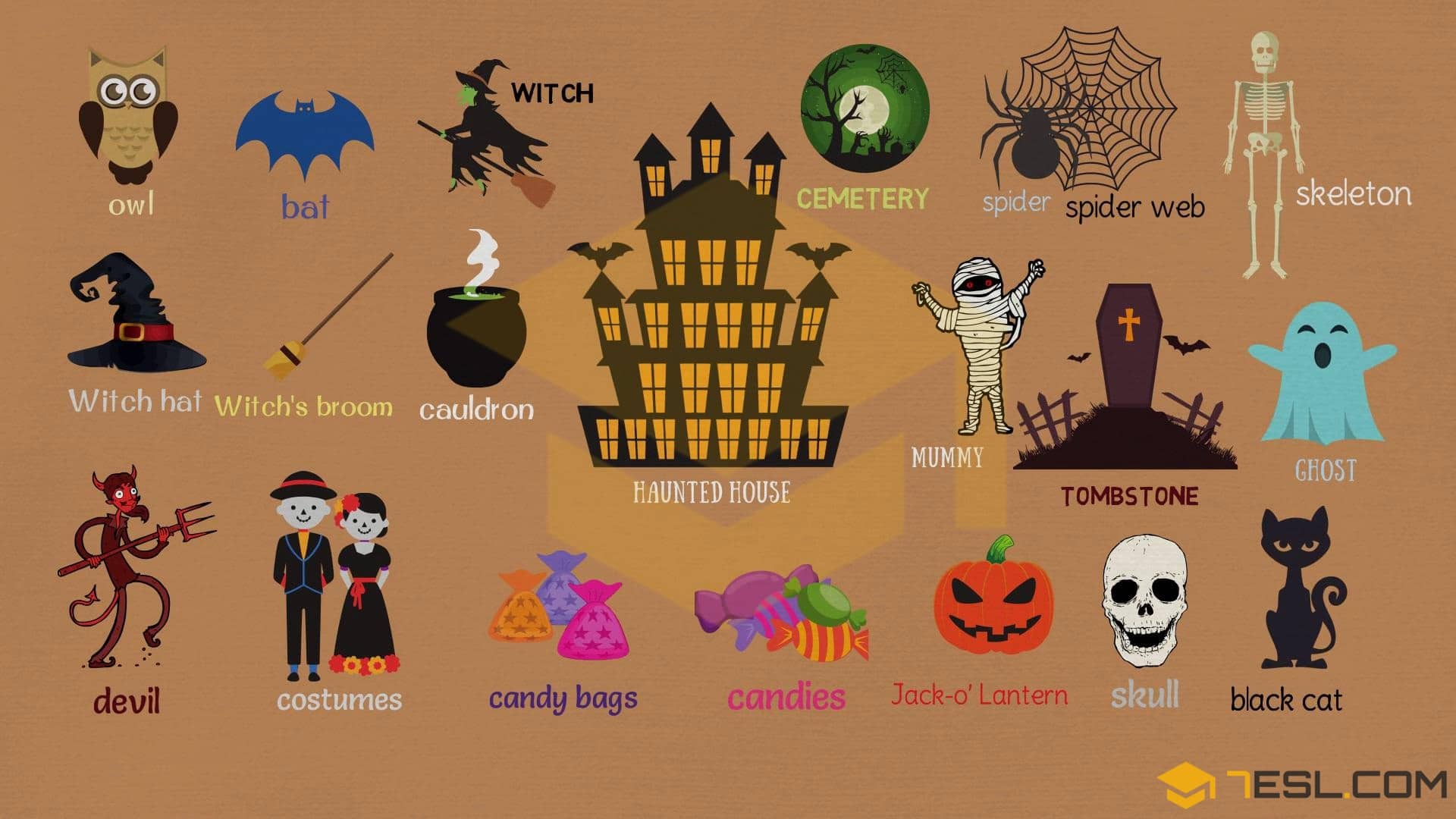 – The bat is flying with swiftness. 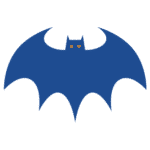 – Why does a black cat bring good luck? 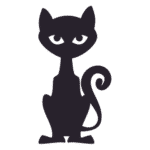 – Do not hold a candle to the devil. 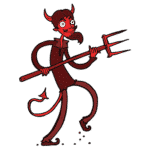 – Goblins and ghosts, mummies and monsters are all around you. 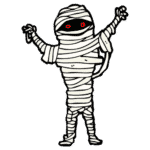 – The haunted house on the hill brooded above the village. 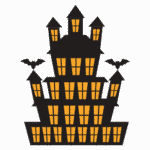 – He was buried in the cemetery. 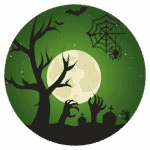 – They say the young girl’s ghost still haunts the house. 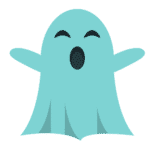 – We will look for a pumpkin, to carve into a Jack-o’Lantern.

– There was a witches’ cauldron full of golden soup. 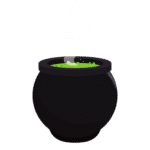 – I want to take a candy from these candy bags. 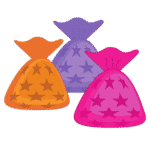 – They went to the party in Halloween costumes. 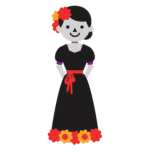 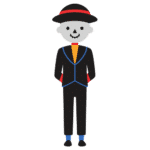 – The witch put a magic spell on the prince and turned him into a frog. 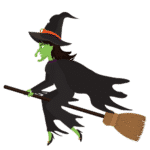 – She also wears a black witch hat and a long maroon coat. 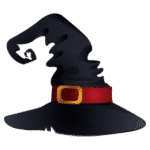 – The child is eager to have the candy. 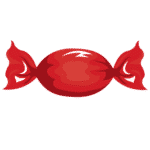 – The owl swooped down on the mouse. 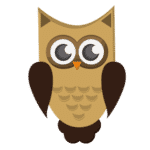 – She fractured her skull in the accident. 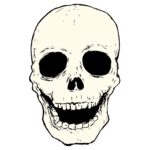 – His name is misspelled on the tombstone. 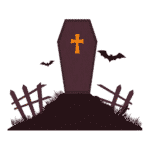 – The witch is riding on a witch’s broom. 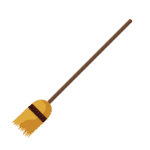 – The spider web brushed my forehead. 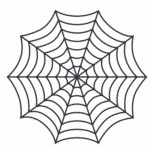 – Police have unearthed a human skeleton. 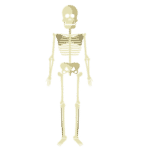 – I saw a spider the size of my hand in the backyard. 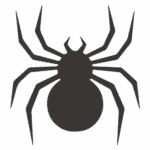 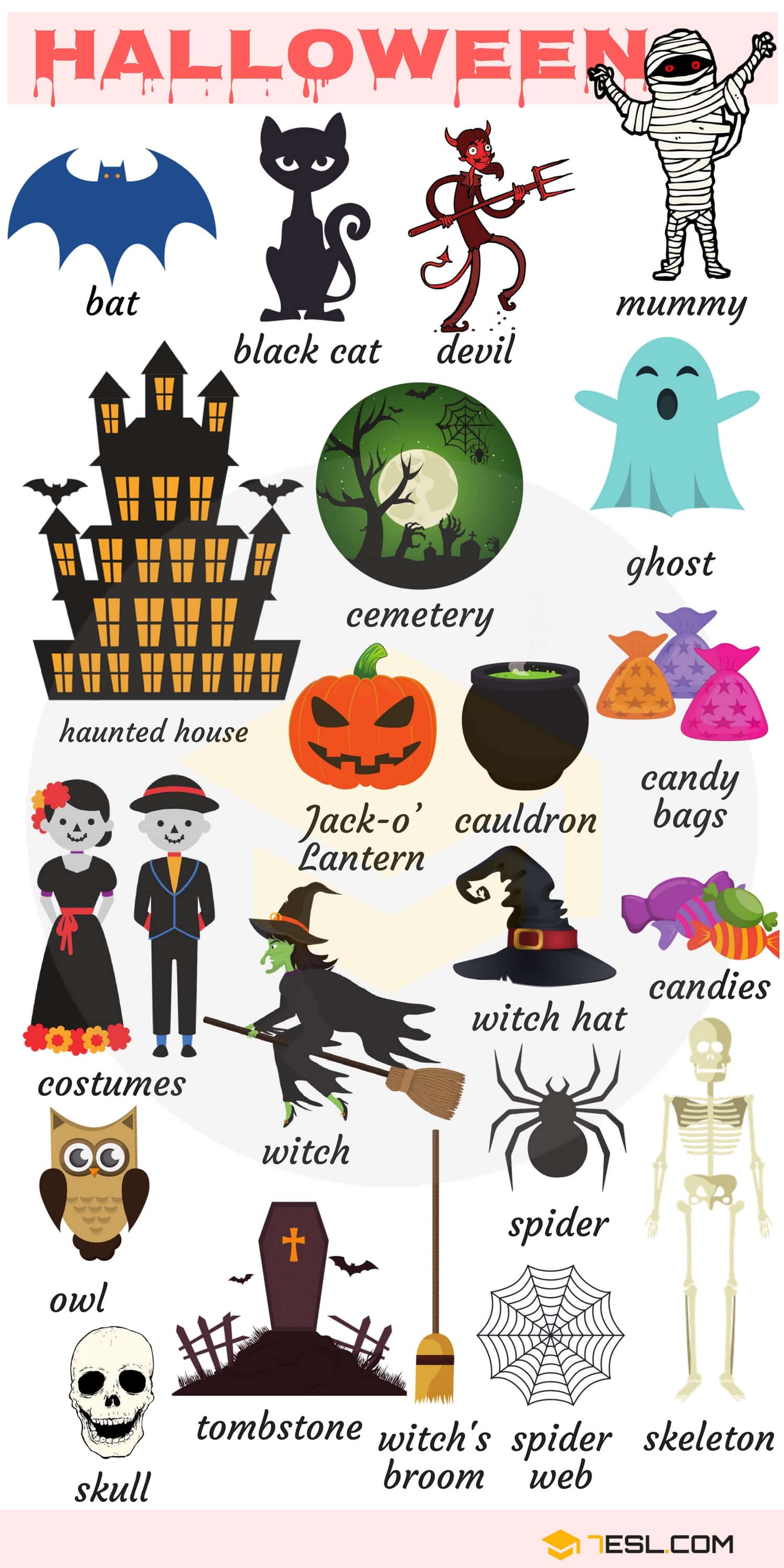 Useful list of holidays and special events in English.