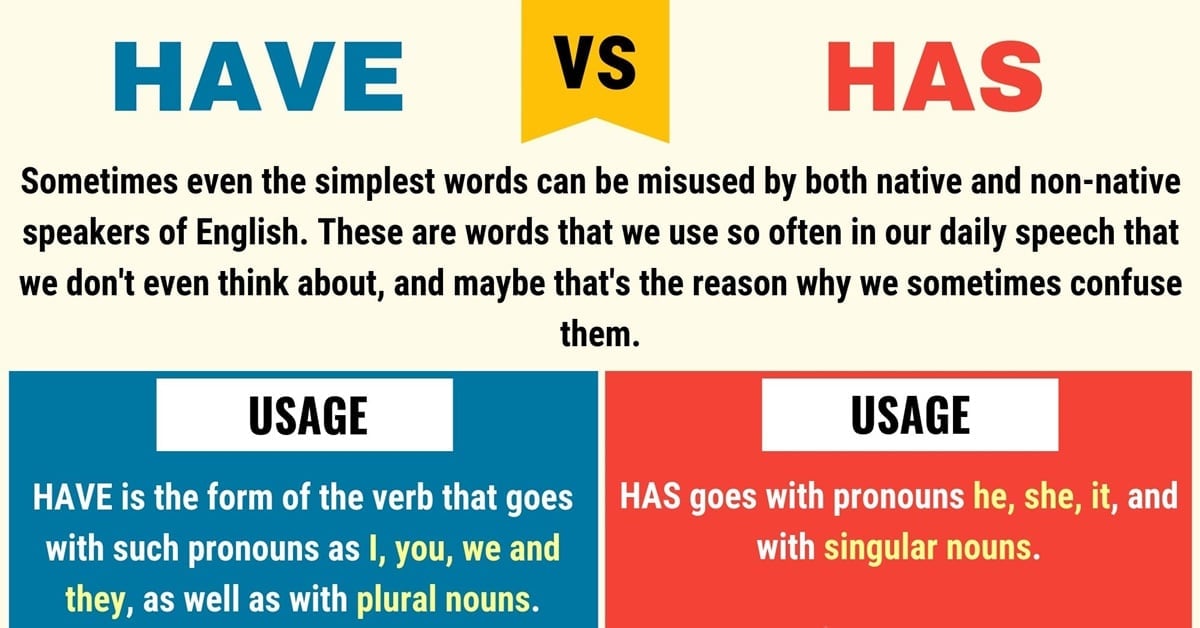 Has vs. have! Sometimes even the simplest words can be misused by both native and non-native speakers of English. These are words that we use so often in our daily speech that we don’t even think about, and maybe that’s the reason why we sometimes confuse them. However, it’s important to keep your speech free of grammatical errors, especially when it comes to formal writing.

Take the pair has vs. have, for instance. You probably use these two words very often, and it’s best if you know the difference between them and use them correctly.

HAVE is the form of the verb that goes with such pronouns as I, you, we and they, as well as with plural nouns. HAS, on the other hand, goes with pronouns he, she, it, and with singular nouns.

So, the distinction is pretty clear. Whenever you’re talking about someone or something in the third person singular, you need to use has, regardless of whether you’re using a noun or a pronoun. For example, it’s correct to say that she has two dogs and a cat, that Jason has to be home by five, or that this house has a red roof.

In all the other cases, you need to use have. For instance, you’ll be correct to say that you have three sisters, that my brother and I have to go to the dentist tomorrow, or that all the children in this neighborhood have a green jacket.

There’s just one more thing that you need to keep in mind. If you’re asking a question or if your sentence is negative, then you have to use have all the time. Therefore, even though you’re still using the third person singular, the correct thing to say would be, “Mary doesn’t have blue eyes” or “Does Mary have blue eyes?”.

Has vs. Have Examples

Difference between Have vs. Has | Picture 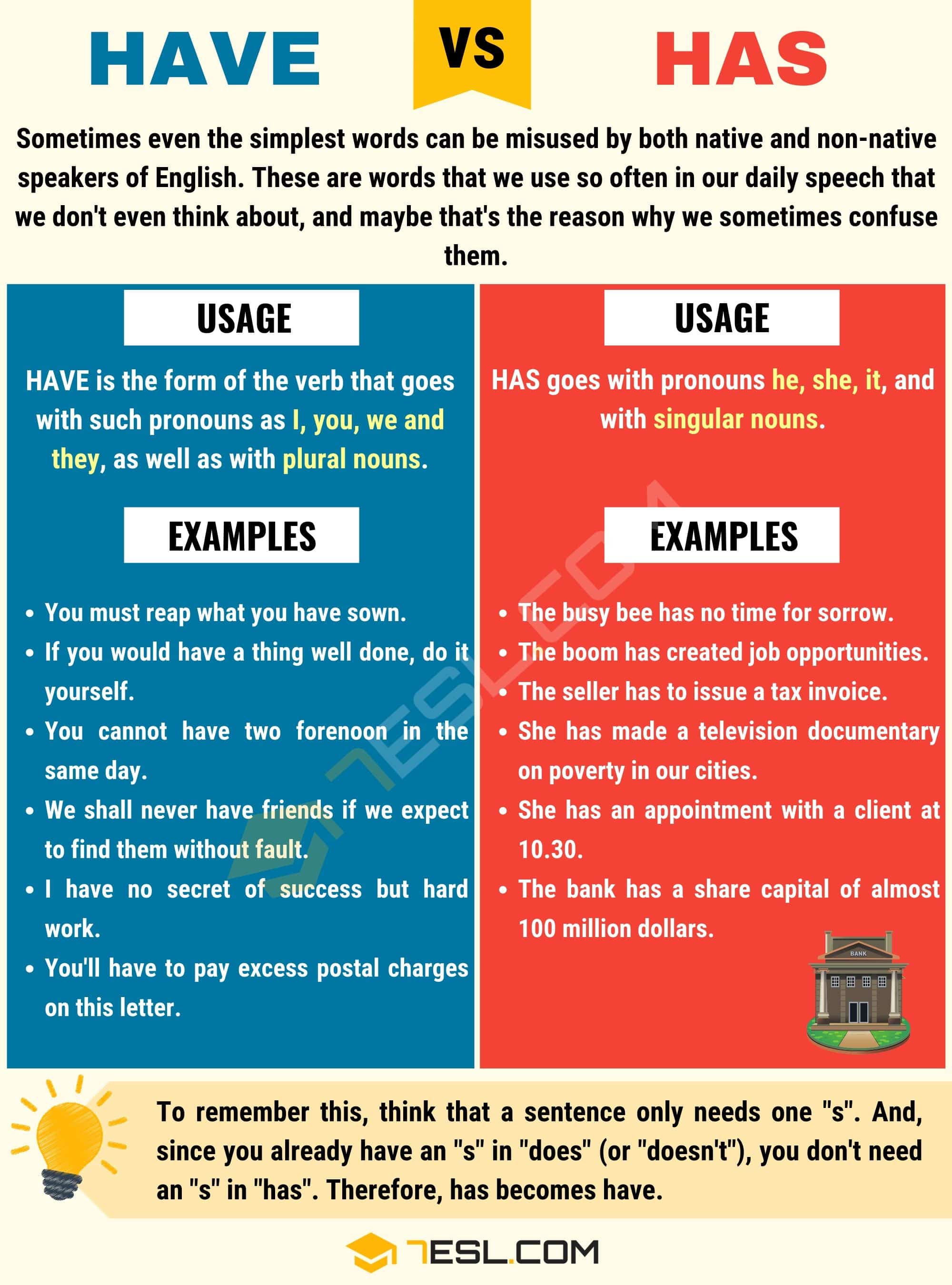 How to Use Has vs. Have in Sentences